Home » Travel » World War Three: Safest countries with bunkers as tensions escalate between China and US 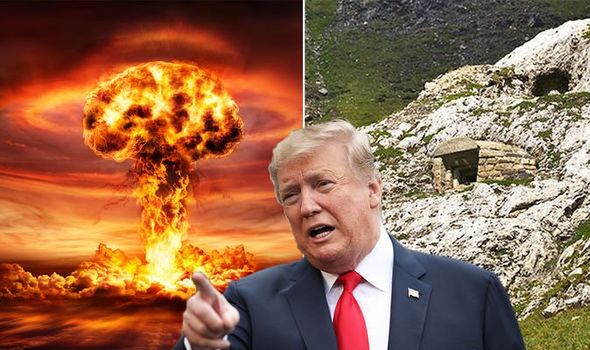 WW3 is a huge worry and with global tensions rising between the USA and China, World War 3 could be around the corner. The relationship between the two superpowers has become increasingly strained in recent weeks. This follows the transit of two US Navy destroyers through the Taiwan straight and a threat by the head of the US Navy to target unarmed Chinese vessels. The Assistant Secretary of Defence has responded by saying a new Indo-Pacific strategy will be launched in May.

WW3: Safest countries with bunkers as tensions escalate between China and US

The area has been identified as the “priority theatre” as US focus on the region has continued to grow.

So as concerns about the threat of World War Three augment – where are the safest countries in the world which have bunkers?

Many of the American states have a range of bunkers. The US government first built secret doomsday bunkers during the Cold War for federal employees in Virginia, West Virginia and Pennsylvania.

The humanitarian project claims to be “the largest survival community on earth.”

Switzerland is unique in once having enough underground numbers to accommodate its entire population. 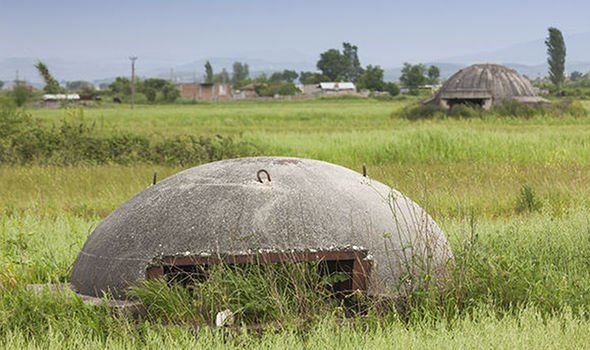 In 1963, Swiss law dictated that all houses above a particular size were required to also build an underground bunker alongside this.

This was briefly abolished in 2011 but was brought back in just months later following the nuclear disaster in Japan that year.

At one point it contained an estimated 300,000 fallout shelters, with enough space to provide shelter for all of its eight million residents, reported Smithsonian.

One bunker found in Lucerne can hide as many as 20,000 people in the event of a disaster.

More than 170,000 bunkers were built underground in Albania between the 1960s and 1980s during the rule of communist leader Enver Hoxha.

In fact, there is an average of 5.7 bunkers for every square kilometre in Albania. 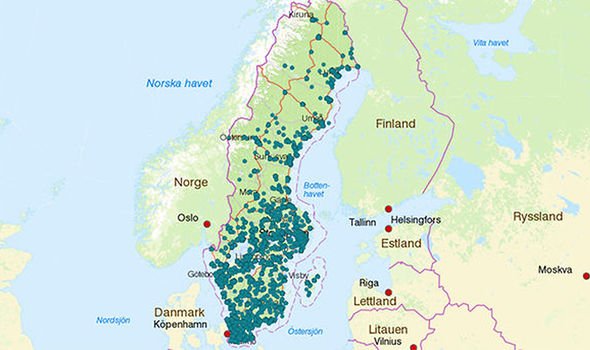 According to Atlas Obscura: “Each bunker costs about 800 euro to destroy, and there is roughly one bunker per every four Albanians.”

They were built at the expense of the country during a time of economic and housing crisis and were never used for protection against war.

Sweden is home to more than 65,000 shelters which could fit seven million people in the event of WW3.

In 2017 it was advised that the government should create more fallout shelters, recommended by the Swedish Civil Contingencies Agency (MSB) as the current bunkers only cater for 70 per cent of the population.

The Swedish government now offers an online map to locate the nearest bunker in an emergency.

These 25 Countries Make Up Almost All of US Tourism

Pound to euro exchange rate ‘flat’ as it hits ‘summer slump’ early – should you buy euros?

Tennessee: Images of the Volunteer State
We and our partners use cookies on this site to improve our service, perform analytics, personalize advertising, measure advertising performance, and remember website preferences.Ok