Britons trying to go on a UK holiday this year have been met with mindboggling prices. One person took to Twitter to explain their problems.

They said: “There is not a single good reason why a staycation in the UK can cost as much as going abroad.”

They continued: “You’ll pay £40 to go to Manchester meanwhile Ryanair can catapult you to Amsterdam for the same money. Does it make sense?”

And Britons have been agreeing.

However, one pointed out that £40 would be an incredible bargain.

They wrote: “That’s even with a railcard discount. Without one a return to Manchester can cost £100.”

Another agreed: “40 quid for Manchester is even a bargain I swear.”

And the original poster to write: “I was trying to be generous.”

Accommodation prices have been hiked due to the demand of Britons staying in the UK this year.

One person said: “Price of hotels in the UK at the moment is f***g ludicrous. Staycation, you can keep it.”

But getting anywhere is also an issue.

Many Britons who were looking at train tickets have had quite a shock.

One Twitter user said: “It’s such a joke for a small two-hour journey as well. There are plane tickets cheaper than that.”

Another said: “I decided to travel somewhere just outside of London for the weekend without a car and let me tell you it is so much more expensive. It’s a joke.”

They continued: “Obviously this is stupid if the Government is encouraging us to take staycations but also ridiculous in terms of the environment as well.

“We want to limit CO2 emissions, but all the alternatives are incredibly expensive.”

Most Britons agree that transport prices have got out of hand.

While another said: “How can they try to encourage staycations when train tickets are extortionate?”

And someone else to add: “Honestly train fares are a joke! I went to Newcastle for Bank Holiday weekend. Trains were £110 one way…”

A Twitter user summed it up by saying: “When holidays to Spain, Italy and Greece are genuinely cheaper… Zero incentive.”

And another to add: “Staycation smaycation. In South of France, 30 degrees, super safe glamping, lovely food and drink, no ping whinging and about half the price of a UK break. Know where I’d rather be.”
Source: Read Full Article 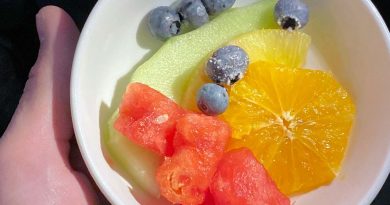 The worst 5 business-class meals in the sky 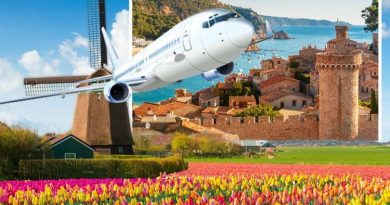