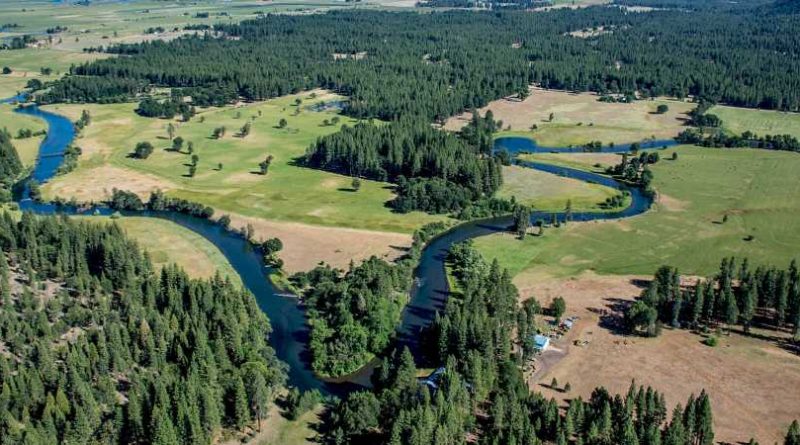 When it comes to road trips, California is hard to top. The land of fair weather always seems to deliver that carefree, top-down road trip experience. And due to its size — California is the third-largest U.S. state — there's plenty of terrain to explore. You can start at the ocean and end up in the mountains, or spend an entire weekend exploring the California deserts.

All it takes is a solid playlist, some road-trip friendly snacks, and a little planning to get out of your routine and on the road. To get you started, we've outlined some of California's best road trips — from multiday to multiweek adventures that criss-cross practically every part of the state (and kick off in major, easy-to-access cities). Highway 1, also known as the Pacific Coast Highway (or PCH), snakes along the California coastline delivering almost 656 miles of ocean views along with plenty of nature (hello, elephant seals) and some of the state's most interesting sites.

Technically, the route runs from the city of Leggett to Dana Point, south of Los Angeles, but many people cut the 656-mile drive short by starting in San Francisco. If you're starting in the Golden City, fuel up with a to-go brew from Snowbird Coffee before hopping on Highway 1. From there, slowly make your way south, stopping in Santa Cruz to watch (or catch) the surf before grabbing lunch at Phil's Fish Market & Eatery in Moss Landing.

The next section of road — connecting Carmel-by-the-Sea to Big Sur — is particularly stunning, so you'll want to take your time. Book a stay at the expansive Carmel Valley Ranch or the adults-only Ventana Big Sur. When you get back on the road, spend an afternoon at the 80-foot McWay Falls in Julia Pfeiffer Burns State Park, or continue on to San Simeon, where you'll want to spend a few hours at the elephant seal rookery. Before arriving in L.A., spend a day or two relaxing on the beaches of Santa Barbara or exploring the area's vineyards. This stretch of highway connects Southern California with the Eastern Sierra mountains up north. Most people start this iconic road trip in L.A., making their way out of the city and into the world of lakes, hikes, and bizarre roadside attractions. You won't want to miss a visit to Alabama Hills, a formation of rounded rocks at the base of the Sierra Nevada (or miss the area's famous Mobius Arch, which perfectly frames Mount Whitney). Before leaving, drop by the Manzanar National Historic Site, the American concentration camp where more than 120,000 Japanese Americans were incarcerated during World War II.

Further north, grab a hearty meal at Copper Top BBQ, home of mouthwatering pulled pork, then make your way to see some of the oldest living trees in the world at the Ancient Bristlecone Pine Forest. From there, keep an eye out for hidden hot springs — or stop at the slightly more established Wild Willy's Hot Springs. A bit further on your drive, you'll pass Mammoth Mountain ski resort (a great wintertime escape) and Mono Lake, a super-salty body of water that was formed at least 760,000 years ago. If you're up for more hot spring action, continue on past Mammoth Lakes and make a final stop at Travertine Hot Springs in Bridgeport.

Carlsbad to the Lost Sierra This California road trip will transport you to some of the state's best attractions, with plenty of food and fun along the way. From the sandy beaches of Carlsbad, head north along the coast to Malibu and spend a night at the Malibu Beach Inn. The next day, drink plenty of water on your way to Solvang, a Danish village that's rich in wineries and hard-to-top farm-to-table fare.

From Solvang, continue north to the coastal town of Monterey, where you can put up your feet for a few days at the Monterey Plaza Hotel & Spa while making day trips to iconic Californian destinations like Big Sur, Carmel-by-the-Sea, and Pebble Beach. After Monterey, make your way through Napa Valley for more wine, or spend the day hiking and biking in the valley's Alston Park.

Finally, go through Sacramento, before arriving in the Lost Sierra, just north of Tahoe. Here, you can camp out at Nakoma Resort while spending your days exploring the trails and lakes found in the Lakes Basin Recreation Area of Plumas National Forest. Sure, you can do a one-day road trip from San Francisco to Napa Valley, but where's the fun in that? To really experience Northern California's wine country, you'll want to find a great home base (we recommend the Fairmont Sonoma Mission Inn & Spa where you can rest after a long day of driving).

From San Francisco, head northeast, making a quick stop at Domaine Carneros to grab a flute of bubbly before continuing to the town of Napa. Here, plan a stop at the nearby William Hill Estate Winery for a tasting and tour of the sprawling estate. When you need more sustenance than wine and nibbles, stop by Oxbow Public Market for a hearty meal. After a night of rest, make your way to Castello di Amorosa, a 13th-century-style castle built using medieval methods and antique bricks. Here, you can sample wine and explore the castle grounds. To top off the trip, book a meal and tasting at Sequoia Grove, a family-owned winery situated in a grove of sequoia trees.

Before heading back to the city, check out the naturally carbonated hot waters of Vichy Springs Resort, a historic hot springs resort established in 1854, or hike through the springs' 700 private acres.

Rim of the World Scenic Byway This California road trip may be a bit shorter than some of the others on this list, but it makes up for its size with beauty. The Rim of the World Scenic Byway travels inland from the Southern California coast to the city of Big Bear Lake, home to ski resorts and endless lake-based fun.

This road trip begins in L.A., where you'll want to drive east, then north between the San Bernardino and San Gabriel mountains to reach Cajon Pass on State Route 138. Make a stop at the off-highway Silverwood Lake Overlook before taking a detour to the community of Lake Arrowhead. Here, spend a few nights kicking back at the Lake Arrowhead Resort and Spa — you can spend your days hiking part of the Pacific Crest Trail, kayaking across the lake, and watching the coast from your perch on the Lake Arrowhead Queen steamboat.

Once you arrive in Big Bear Lake, grab a bite at Big Bear Local, which serves up a blend of California and Hawaiian cuisine. Then, tackle the Castle Rock Trail to catch unparalleled views of Big Bear Lake. If you're craving a beach vacation, head to Southern California, home to some of the country's best sandy shores and unbeatable balmy weather. In San Diego, spend the morning reading and people-watching in La Jolla Cove before making your way to the nearby Torrey Pines State Natural Reserve, a coastal park that has managed to retain its wild feel. From La Jolla, continue north to get your fill of Orange County's beach towns — Newport Beach, Laguna Beach, and Huntington Beach. (Trust us, you'll want to spend a few days here.) Grab a surfboard and ride the waves, or walk the pier and watch for sea life from above.

For your final beach foray, book a couple of nights in Malibu, so you have plenty of time to explore Zuma Beach, Leo Carrillo State Park, and the cliffs of Point Dume. When you need a break from beaches, feed your seafood cravings at Neptune's Net before venturing out on a hike in Corral Canyon.

California's national parks get all the attention — most notably Yosemite and Joshua Tree — but many overlook the smaller, less-visited state parks. That's not the case on this Northern California road trip, where the state parks take center stage.

Start your journey in Sacramento and make your way east to the first park on this road trip: Emerald Bay State Park. Check out Eagle Falls, enjoy the views over Lake Tahoe, and visit Vikingsholm, a 38-room Scandinavian-inspired mansion, before heading east (and then north) to Plumas-Eureka State Park, where you'll learn everything you ever wanted to know (and then some) about the California Gold Rush. After a few days of exploring the area, travel west toward the coast — a five-and-a-half-hour drive that'll require a fuel up at From the Hearth Kitchen & Pie Shop in Red Bluff.

When you're close to the ocean, you'll run into Grizzly Creek Redwoods State Park, a 400-acre oasis that hosts groves of old-growth redwood trees. After a night or two spent under the redwoods and alongside the river, make your way north to Humboldt Lagoons State Park on the coast. Here, you'll find coastal lagoons, wetlands, and estuaries, before making your way east toward Redding.

From Redding, continue north to Castle Crags State Park, home to dramatic and ragged rock formations (and great camping and hiking). Your final stop on this excursion is well worth the final push: Ahjumawi Lava Springs State Park, a tiny area (mainly water) that's just four miles long and no more than one mile wide. The park is only accessible by boat and has areas covered by the remnants of lava flows and stunning views of Mount Shasta. When most people think of California, they picture beaches, but in reality, a good chunk of the state is covered in awe-inspiring desert. To get your fill of the expansive, dry landscape, start in San Diego and head northeast toward State Route 78. Make your way to Anza-Borrego Desert State Park — home of the famous springtime super bloom — and explore the park's slot canyons and expansive cactus forests. From there, travel to the Santa Rosa and San Jacinto Mountains National Monument, where you can see and experience extensive backcountry trails, snow-capped mountains, and miles of emptiness.

Once you've spent enough time reveling in some of California's open space, make a detour south toward Salton Sea, one of the world's largest inland seas, sitting 227 feet below sea level. Head to the eastern side of the water to see the iconic Salvation Mountain, a hand-painted, love-inspired work of art that's worth a visit (and a few photos). From there, turn around and go north toward Palm Springs (or, if you have time, drive around the sea before traveling north). Once you arrive in Palm Springs, book a stay at the Kimpton Rowan Palm Springs and rest for a day or two before venturing into the expansive Joshua Tree National Park.