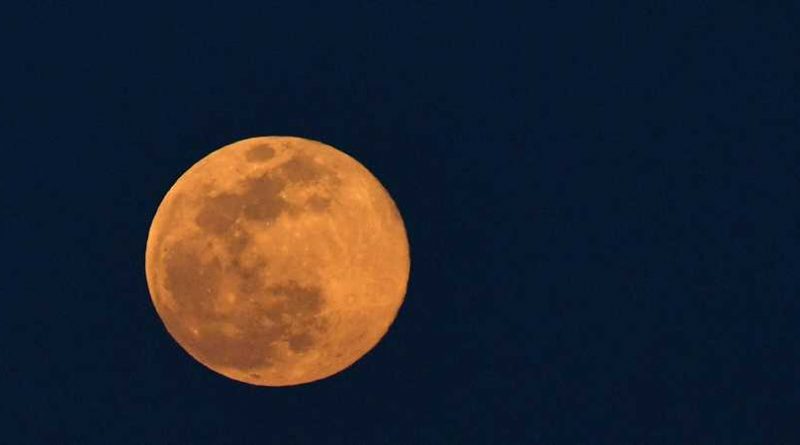 Before you get overly excited at the prospect of a Super Pink Moon, we have some bad news: It probably won't be super pink. But that doesn't make it any less spectacular. Here's everything you need to know about this year's Super Pink Moon, including when to see it, how it got its name, and what's so "super" about it.

If it’s not pink, why is it called the Pink Moon?

Given that the full moons typically look the same all year round, their names aren't based on their appearances, but rather on key happenings during the month in which they appear. The Old Farmer's Almanac, which is the main keeper of moon nicknames, pulls its lunar nomenclature from Native American traditions. In this case, the Pink Moon is named for the phlox, a pink flower that typically blooms in April in North America.

Fun fact: There's approximately one full moon per calendar month, and when there's two, it's called a Blue Moon. But no, that's not actually blue, either.

What is a Super Pink Moon?

A supermoon occurs when the full moon is within 90% of perigee — that is, the closest point a celestial body gets to Earth during its orbit. The term was coined in 1970 by astrologer Richard Nolle, and while it's not a formal astronomical phenomenon, the public loves a good supermoon nonetheless. Supermoons usually appear about 7% larger than a typical full moon and about 15% brighter. In 2021, we have four supermoons on the calendar: March, April, May, and June.

When is the Super Pink Moon?

This year, the Super Pink Moon will reach peak illumination on Monday, April 26, at 11:33 p.m. EDT. That said, it'll look extraordinarily bright throughout the night, so don't worry about catching it exactly on time. For the most impressive views, you'll want to look up when the moon is low on the horizon — roughly around 7:30 p.m. EDT and 6:30 a.m. EDT on April 27 — as that's when it'll look the largest.

When is the next full moon?

Catch the Super Flower Moon on May 26 (yes, another supermoon).