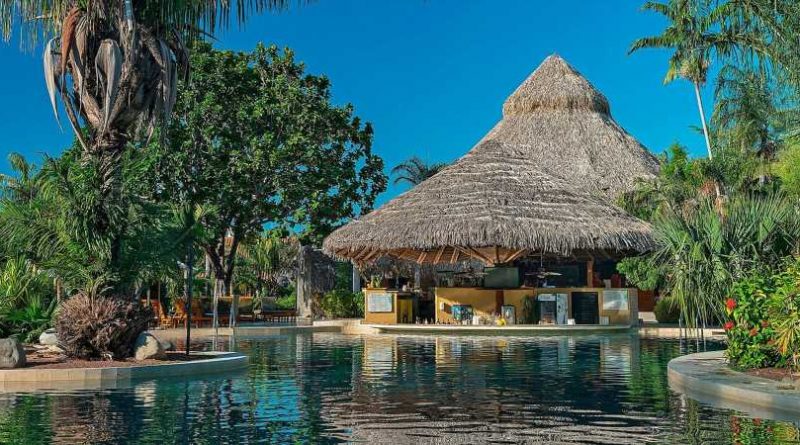 Editor's note: Those who choose to travel are strongly encouraged to check local government restrictions, rules, and safety measures related to COVID-19 and take personal comfort levels and health conditions into consideration before departure.

If I'm ever suspected of a crime and my MacBook's search history is examined, investigators will find months of Googling, "Where can Americans travel right now?" followed by a rabbit hole of all things Costa Rica. On Nov. 1, U.S. passport holders were invited back to this West Virginia-sized slice of Central America. Its borders had been closed since March.

I was open to traveling to Costa Rica for several reasons. While the U.S. has more than 28 million confirmed cases of COVID-19, Costa Rica has just under 204,000. South Carolina, whose population — 5 million — is similar to Costa Rica's, has 512,000. Flights were also reasonable. My roundtrip ticket from Billings, Montana to Liberia was $400, which Google Flights highlighted as a lot less than usual. Finally, I wouldn't need a nasal swab. Instead of a negative COVID-19 test, I'd need a QR code.

Officially called the health pass, the QR code was easy to get. Visit Costa Rica's user-friendly website has all the information. The link for the health pass form became available 48 hours before departure. My flight left on Saturday morning. I filled it out Thursday evening. Friday morning, I had the QR code. The form asked if I'd been diagnosed with COVID-19 (I hadn't), come in contact with an infected person (I hadn't), and/or had any symptoms (I had none). It also asked for my flight number, my seat number, and proof of insurance.

Costa Rica currently requires visitors to have insurance that includes coverage of at least $50,000 for medical expenses. It also requires $2,000 of coverage for lodging should the traveler need to quarantine. The tourism board recommends Sagicor and the National Insurance Institute (INS), which is what I got. However, any insurance that meets Costa Rica's COVID-19 insurance requirements will do. It's about $11/day per person.

I saved the QR code to my phone and it was scanned before boarding my half-empty flight in Denver as well as when I landed in Costa Rica. My temperature was also taken there. At that point the only thing standing between me and the beach was a body temperature of less than 100°F.

Actually, I visited the cloud forest first. After washing my hands at the lobby's mobile hand-washing station, which most of Costa Rica's hotels, restaurants, and stores are adding, I checked into Hotel Belmar — a 4-leaf (like the star system but for sustainability) eco-friendly boutique hotel built into the mountainside in Monteverde. A  solid centimeter of plexiglass separated me from the masked receptionist who took my temperature before even taking a look at my passport. Masks are mandatory in all public spaces in Costa Rica.

The first thing I did at Hotel Belmar was downward dog to work out the kinks acquired on my flight. Even though it was just the two of us and she was 12 feet away, my instructor wore her mask during class. Outside, I wore mine while learning how to extract sugar cane juice on the hotel's farm and even while zip lining in its new backyard canopy experience.

I also zip lined (and channeled my inner superwoman by donning a wingsuit) across 13 cables at Selvatura Park. Both Hotel Belmar and Selvatura provided disposable gloves to wear inside the zip line gloves. I was with a group of 12 travelers, but I always felt safe. I even zipped tandem with an 11-year-old from Minnesota. She was the odd one out in her family of five, and traversing across this half-mile-long cable with a partner was mandatory. Sure, it felt awkward to be attached to a stranger. However, thanks to the park entrance's temperature checks, our harnesses, helmets, masks, sunglasses, double gloves, long pants, and ponchos, I felt the danger was quite mitigated given the circumstances.

I think the greatest danger I faced in Costa Rica was overeating. At El Mangroove, Autograph Collection, a bohemian-chic boutique property on the Papagayo Peninsula, I shoveled plantain chips in my mouth and drowned my sunburn-induced sorrows in ceviche. (After my table and utensils were disinfected with a UV wand wielded by the hostess.) Later, at The Westin Reserva Conchal and W Costa Rica, I was faced with the 24/7 temptations of an all-inclusive. Based on my experience, staying at an all-inclusive during a pandemic and feeling safe aren't mutually exclusive. At the Westin and W for example, my temperature was taken before I even got to the front desk. Masks indoors, and outside when social distancing wasn't possible, were mandatory. The fitness center was by reservation only (and limited to 10 people), and room service and mini bar replacements were left outside my door. The only outsiders allowed in my room were housekeepers. They even left behind a reassuring list of the high touchpoint areas they disinfected. I accessed restaurant menus via QR codes, and instead of buffets, I practiced my Spanish (and portion control) with servers dishing up local delicacies from behind plexiglass barriers.

During normal times the pools might be packed. But at 2 p.m. on a Sunday at the Westin I shared the massive lagoon-style pool with one bartender, one couple, and a fearless green heron who considered it his private bird bath. At the W, my suite had a private plunge pool. Of course, I could also cool off in the Pacific, just a coconut's throw away. The beaches I visited — from Montezuma in the south to Tamarindo in the north — were never empty enough I could swim in the buff. But they also weren't crowded. Similarly, shops and restaurants were open, and for normal hours, yet it was painfully clear that patrons were few and far between. In 2019, Costa Rica welcomed more than 3 million international visitors. In 2020, it received 1 million. To make up for lost income, my tour guide — a Tico so well-respected in the industry he was asked to assist when President Obama visited in 2013 — started baking goods to sell on Facebook. While he's uncertain about his future, like many in this tourism-based economy, he had a sense of humor. After picking me up from the airport, he joked, "I've washed my hands so many times since March I can see my notes from 7th grade on them."

He also told me I was visiting during high season, but not to expect high season prices. "There aren't high season crowds, so hotels can't charge them." While I didn't find screaming deals, per se, rates were reasonable for January. They ranged from $60/night at El Sano Banano, a budget hotel in Montezuma, to $400/night at the all-inclusive resorts in Guanacaste. Plus, there was always availability. I was even able to book one of the brand-new Vista Suites at Tierra Magnifica last minute. I didn't choose this intimate boutique hotel because it has a wellness spa complete with private meditation decks (it does), it's the ideal jungle retreat (it is), or its restaurant could accommodate my keto, pescatarian preferences (it can). I chose Tierra Magnifica because of its Peace of Mind Package. It includes a room credit equal to $495, or the cost of the mandatory travel insurance and COVID-19 tests (now required to get back into the U.S.) for two guests. The concierge even arranged for me to get tested on site. No one wants to visit a hospital or clinic on vacation.

Costa Rica is famous for its pura vida, which literally translates to "pure life." Among other things, the last year taught me that life is precious. And in the midst of a virus, it's far from pure. Figuratively, many say pura vida is more like c'est la vie. Personally, I think of pura vida as c'est la vie meets carpe diem. And if I'm going to travel internationally right now, I'm going to go to a place whose motto — even during a time when so much seems out of our control — is all about seizing the day.