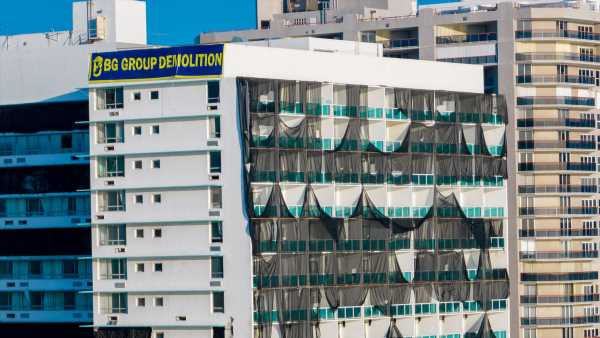 Built in 1957, the 17-story property, located at 67th Street and Collins Ave., was imploded. Videos of the judge-ordered demolition went viral on social media.

The resort was forced to shutter in 2017 after an electrical fire and had since fallen into disrepair.

Although plans for the site remain up in the air, real estate developer and Miami Dolphins owner Stephen Ross shared intentions to acquire and redevelop the plot earlier this year.

According to a statement from Ross’ Related Companies real estate firm, initial plans for the project call for a two-tower structure that would be home to a “six-star hotel and luxury residences,” spanning 175 rooms and 150 condos. Related Companies also announced that it planned to tap architect Frank Gehry to spearhead the property’s design.

Ross’ proposed vision for the site, however, has yet to receive final city approval.

Globus suspends all trips through end of April