Home » Where to stay » Ensemble enters a new era and touts a stronger organization: Travel Weekly 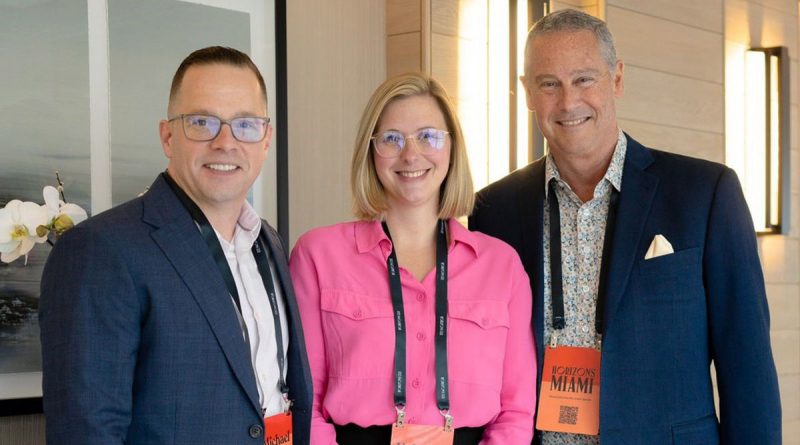 MIAMI BEACH — The “new Ensemble,” promised president Michael Johnson, will be “bigger, better and bolder,” the “consortium of the future.” But at the same time, it will build on the consortium’s strong foundation and sense of community, Johnson said.

“This was never about a takeover,” he said. “This was about building on existing strengths and giving members more options.”

Johnson spoke Thursday afternoon at Horizons, an Ensemble event for agency owners and managers, at the Eden Roc and Nobu Hotel Miami Beach. It was Ensemble’s first large-scale, in-person gathering since it was acquired in June by Navigatr Group.

Navigatr is owned by Jeff Willner, who moved from a consultancy to his own travel business in the mid-2000s. Today, Navigatr’s investments include Ensemble, travel technology company TripArc, host agency Travel Edge (No. 27 on Travel Weekly’s 2022 Power List) and Kensington Tours.

Johnson and members of Ensemble’s leadership team laid out their vision for Ensemble.

“Travel has evolved and it’s time the consortium does, too,” he said. “Ensemble is the 50-year-old new kid on the block.”

The Navigatr acquisition received 95% approval from Ensemble members, Johnson said. With the acquisition, Ensemble went from running as a member-owned cooperative, where members were shareholders, to a privately held company.

Since the acquisition, Ensemble has onboarded 26 new members.

“Now, there’s no denying that Ensemble suffered member attrition in 2020 and 2021,” he said. “It is what it is. What we can tell you, however, is that the majority of our members are producing more than they did in 2019.”

While Johnson emphasized members will still have access to the same programs they always have, the Navigatr acquisition gives them access to more.

In recent months, as Ensemble has transitioned to its new position under Navigatr, leadership has been working to stabilize its team. The size of the organization has already increased by close to 20%, Johnson said, and Ensemble plans to increase it headcount by another 50%.

Ensemble has been communicating with members through a series of monthly town hall meetings.

“There’s a focus on creating transparency and accountability,” he said.

One of the main new offerings to Ensemble members is ADX, the agent-focused software created by TripArc. While growing in volume is a key metric, Johnson said, Ensemble wants to support agencies increasing their yields, which ADX can help with. ADX enables agents to bundle together travel products like air and hotel, with cruise and insurance soon to come. It generates itineraries and enables agencies to include their own fees in a single bundle to present to clients.

So far, 60 Ensemble members have received training in ADX. Members are not mandated to use the platform, but Johnson said it is helping those who are.

First, it’s easier to train new agents on a platform like ADX than a GDS, he said. That helps onboard new agents faster, and enables agencies to higher less experienced advisors, especially at a time when agents are very much in demand.

It also helps increase yield, especially if agencies are not selling air or hotel add-ons to cruises, Johnson said.
Dave Volman, president of TripArc, gave an example of an agent who sold a cruise for 12% commission, totaling $674.88, and a planning fee of $100, for a total of $774.88 in revenue.

If that same agent used ADX to bundle air (ADX is automated and saves agents the headache of debit memos, Volman said, making it an attractive option), a hotel with a markup, activities and insurance, that revenue figure increased to $1,345.68.

“Now I have 74% more revenue in the same itinerary,” Volman said.

New training and a new logo

The reorganization moves staff into different “centers of excellence,” focusing on areas like data, partner relations, and training and development.

Boyce announced the launch of the Ensemble Training Academy, designed to help agencies more quickly onboard advisors who are new to the industry. The online course includes topics like how to sell, making more with fees and building repeat business.

Its logo is the name Ensemble in lower-case, with many of the letters touching each other. McKay described it as “very friendly,” and that it “feels very approachable.”

The tagline “Further together” refers to a proverb that encourages those who want to go fast to go alone, but to go far, go together, McKay said.

Lalani and McKay also announced a number of new marketing pieces, ranging from consumer-facing magazine “Range” to a number of digital and emailed assets.

Why Hilton Head Island Is the Perfect Weekend Trip From Savannah