It’s cold in Florida. So cold, in fact, that residents there have been warned that iguanas — a cold-blooded reptile — may fall from the trees.

While Florida may be known for its sunny beaches and warm days, some southern parts of the state were forecasted to hit in the mid-40s and even as low as the 30s, according to the National Weather Service Miami-South Florida. And those temperatures are just low enough to slow down or immobilized iguanas, potentially making them drop out of trees.

“This isn't something we usually forecast, but don't be surprised if you see Iguanas falling from the trees tonight as lows drop into the 30s and 40s. Brrrr!” the National Weather Service Miami-South Florida tweeted on Tuesday, adding that people shouldn’t fret, they’re likely not dead.

"At about 50 degrees, iguanas can become lethargic," said Chris Michaels, a meteorologist with WSLS-TV in Norfolk, Virginia, according to USA Today. "It’s when the temperature drops to about 40 degrees or lower that their blood doesn’t move around as quickly. As a result, they can stiffen up and fall out of the trees in which they frequent."

The chilly iguanas may stiffen, but they’re not dead and CBS News warned residents to leave them alone — they may bite once they warm up if they feel threatened.

By Wednesday afternoon, the National Weather Service Miami-South Florida forecasted the “iguana "rain" chances drop to zero” — and there’s a slight chance of actual rain on the east coast of the state as well.

Iguanas weren’t the only thing to shut down in Florida due to the weather this week. Universal Orlando Resort shut down its Volcano Bay water park for Monday, Tuesday and Wednesday, the park tweeted. And Disney's Blizzard Beach Water Park also closed, USA Today reported.

The NWS said that while it was very cold in South Florida, the coldest Jan. 22 in the area was actually in 1985 when Miami had a low of 30 and Fort Lauderdale had a low of 29. 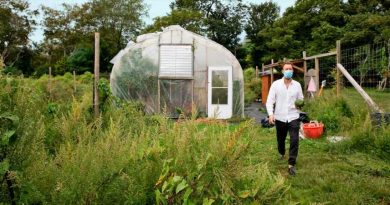