While countless media reports over the past decade have
proclaimed golf a dying sport, golf resorts that have put a more creative spin
on driving business are seeing evidence to the contrary.

“Golf, like really everything else in society these
days, is evolving,” said Steve Mona, executive director for the trade
coalition We Are Golf. He estimated that a record 2.6 million people became
first-time golfers in the past year.

“Golf used to mean 8 a.m. on a Saturday morning on the
first tee at a private club, wearing khaki pants, a golf shirt and a visor [and
shoes] with metal spikes,” Mona said. “And now, it can mean 8 p.m. on
a Saturday night, with a hat on backward, shirt untucked, wearing cargo shorts
and flip-flops at a Topgolf.”

Indeed, the breakout success of Topgolf’s golf-centric
gaming and entertainment venues has been credited with helping to spawn a
sudden surge in interest in the sport.

The Topgolf brand, which was founded in 2000 in the U.K. and
now has 53 locations across the U.S., combines climate-controlled hitting bays,
high-tech simulators and other activities with premium food and beverage and an
upscale, lounge-like atmosphere. 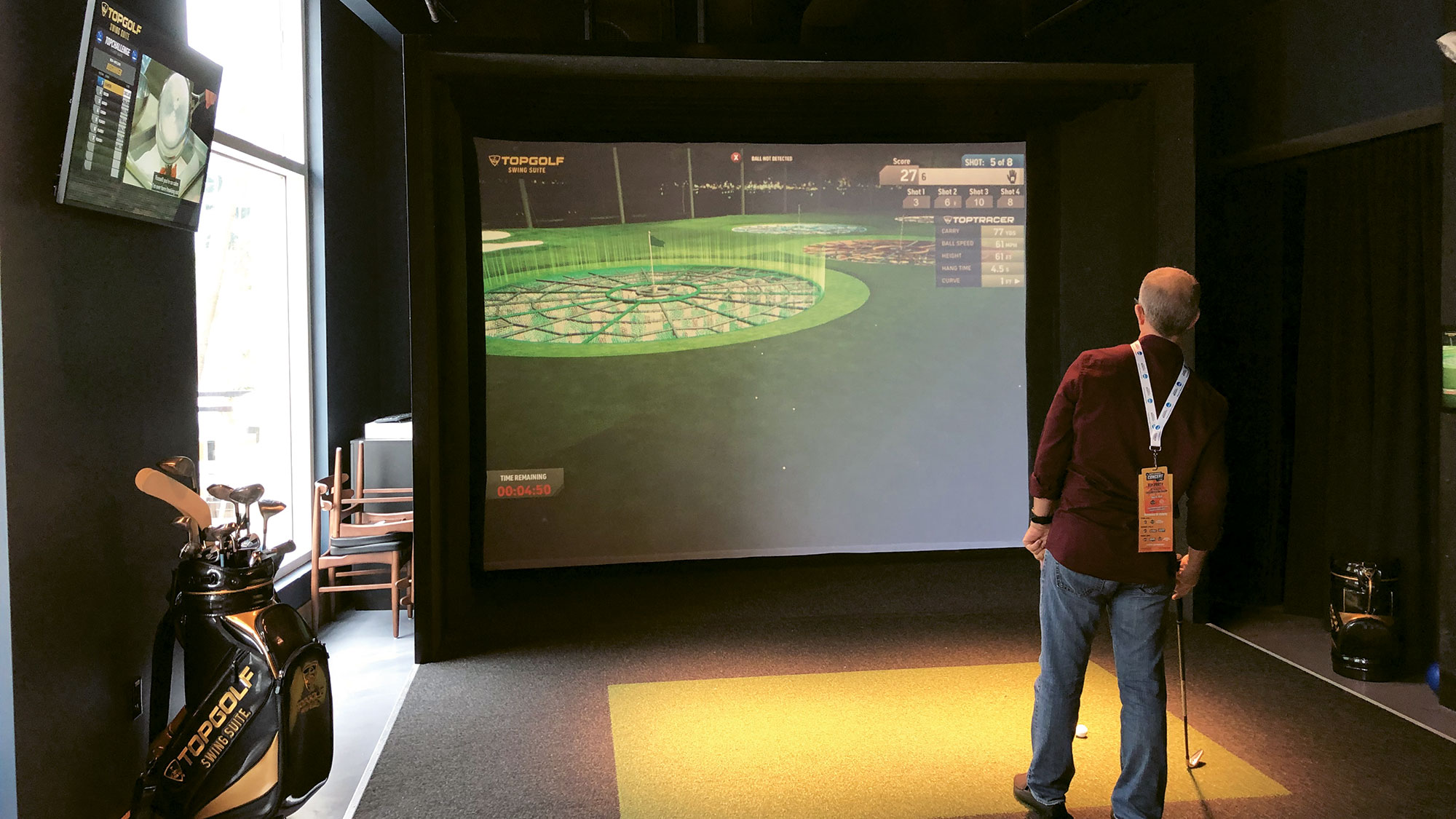 Topgolf-branded simulator bays have even started popping up
at urban properties and casino-hotels across the country. The Silver Resort
Casino in downtown Reno, Nev., opened a Topgolf Swing Suite this month, and the
Tampa Marriott Waterside Hotel & Marina added a Topgolf Swing Suite as part
of a recent refresh of its Garrison Tavern restaurant and bar.

Many top courses remain rigidly button-down, requiring
players to dress in long pants and collared shirts that must be tucked in. But
in an effort to tap into the fast-growing Topgolf trend and attract a wider
demographic, some golf resorts are borrowing from the concept’s more social,
laid-back approach.

At the Indian Wells Golf Resort in Indian Wells, Calif., near Palm Desert, an after-dark Shots
in the Night program offers a unique option for guests seeking a more relaxed
and communal golf experience. Shots in the Night showcases two offerings — the
Glow Golf Range and the Putting Experience — that can be played for $40 an
hour per group of up to six.

The Glow Golf Range comprises 12 practice range stalls and
giant, blow-up targets, while the Putting Experience uses laser projections to
turn seven putting greens into activity areas with games inspired by beer pong,
shuffleboard and cornhole, among others. The program, which is offered every
Thursday through Saturday, also incorporates a DJ, a bar and a food truck.

“It’s something that’s accessible and fun and doesn’t
really take too much skill,” said Michael Tebbetts, director of sales and
marketing for Indian Wells Golf Resort. He said Shots in the Night has been a
hit, particularly among corporate groups.

“Around 75% of the people who come for Shots in the
Night have never played golf,” Tebbetts said.

Likewise, Perry Cabin Resorts & Golf in St. Michaels,
Md., has opted to complement its Pete and Alice Dye-designed course with eight
state-of-the-art simulators, which can be used for lessons or rented out for
fun or practice. The simulators offer immediate feedback and swing analysis,
attracting both beginners and experts looking to improve their game.

Even bucket-list golf destinations such as North Carolina’s
Pinehurst Resort have sought to add more accessible golf experiences to the
mix. In 2017, the property debuted The Cradle, a nine-hole course that takes
about 45 minutes to complete and has a greens fee of $50. Kids 17 and younger
can play the course for free with a paying adult.

The Cradle also features a beverage stand with outdoor
seating, where both golfers and non-golfers are encouraged to relax and mingle.

Pinehurst Resort executive vice president Matt Massei, said,
“If you heard that golf was too expensive or that it takes too long, The
Cradle really nullifies those two factors for you.” 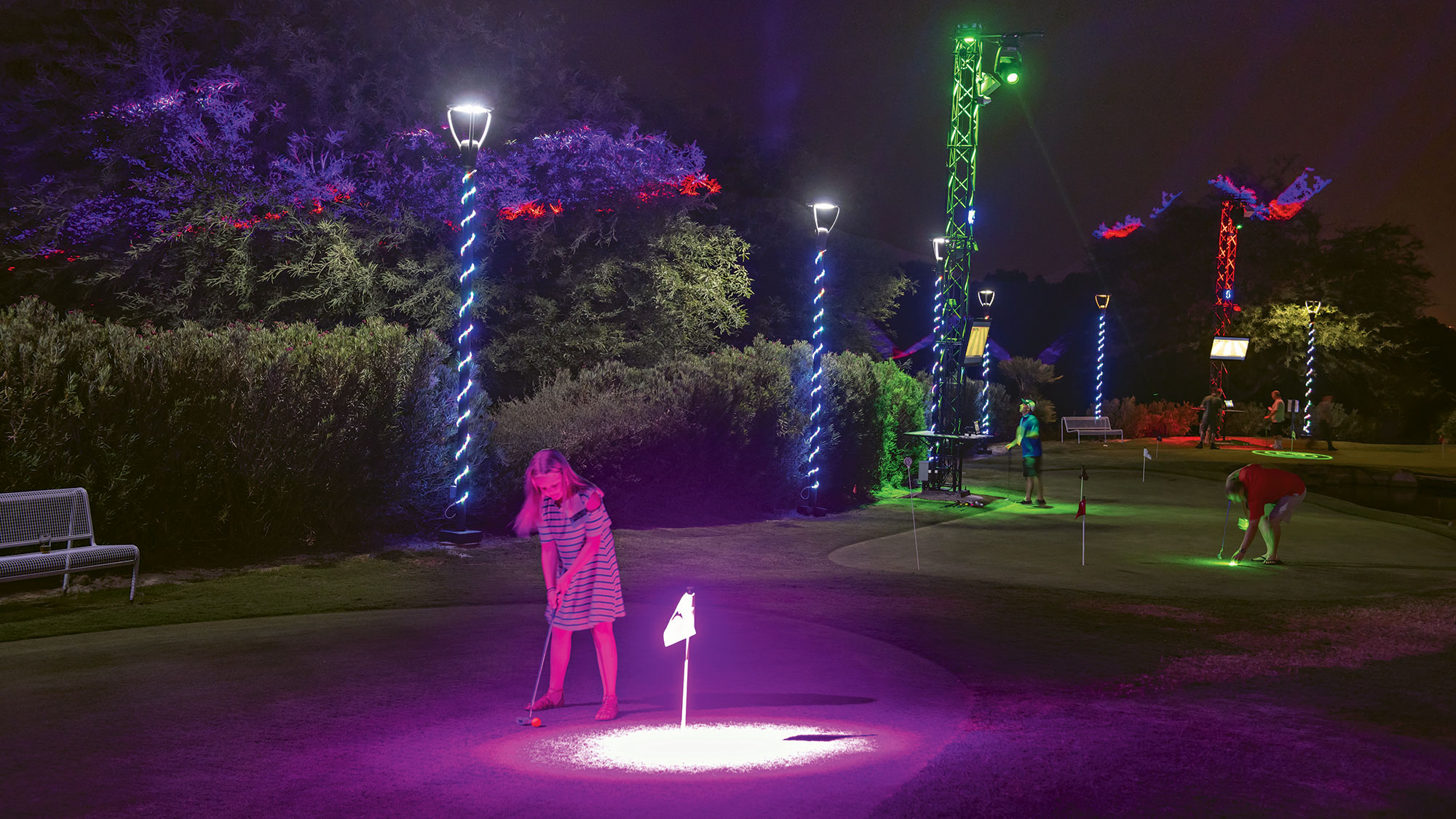 Other resorts, such as the Westin Kierland Golf Club in
Scottsdale, Ariz., have lured players with a diverse array of golf cart
alternatives. The property has already successfully integrated Segways,
GolfBoard electric skateboards, GolfBikes and Kierland TurfRider scooters, and
it plans to add a fifth, yet-to-be-announced mode of transportation soon.

Palmetto Dunes, a golf and beach resort on South Carolina’s
Hilton Head Island, has introduced GolfBikes as well as larger,
four-person carts, complete with USB ports and GPS, which have proven popular
among millennial players.

Further adding to the property’s appeal is the availability
of free clinics on Mondays and a Quick Six summer family program, which
features a six-hole game that’s priced at $29 for adults, $15 for kids ages 10
to 17 and free for kids under 10. The fees include carts and rental equipment.

Greens fees have long fluctuated with the time of day, but
for those playing a traditional round, Palmetto Dunes has expanded the dynamic
pricing, offering guests as much as 50% off in the afternoon.

“We provide the opportunity for people to find a price
that fits their budget,” said Bob Coman, director of golf at the Biltmore
Hotel. “It depends on what time you play, if it’s a weekday or weekend,
and whether it is winter or summer season. If you are flexible, you can play
nine holes at the Biltmore for an evening twilight rate of just $59 to $66,
inclusive of greens and cart fees.”

Golf’s ongoing transformation comes as industry insiders
claim that the recent hand-wringing over the sport’s alleged demise is much ado
about nothing.

The latest estimates of current U.S. participation rates
have stabilized at just over 24 million people, and Jon Last, president of the
Sports & Leisure Research Group, said the rumored drop-off in activity
doesn’t really jibe with the facts. 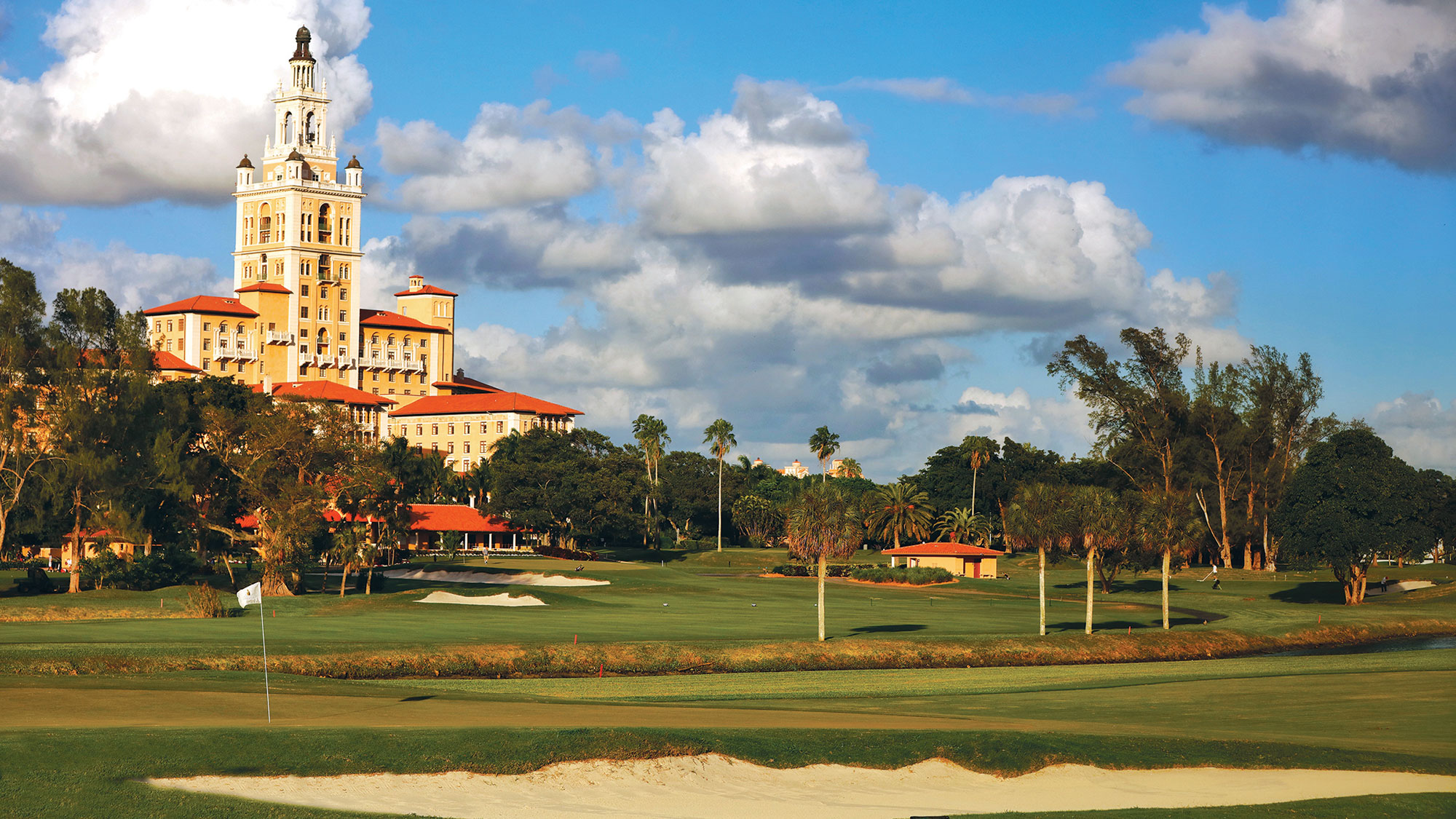 Citing research undertaken by the National Golf Foundation,
Last said, “A lot of these media claims are very subjective in the time
frame they choose to reference. Yes, the number of golf participants hit a high
of around 30 million about 13 years ago. But that period was also a market
bubble,” which resulted from a number of contributing factors.

“We had a booming economy, and you had Tiger Woods
mania at its absolute peak,” he said. “Obviously, once the economy
cooled, we regressed, and people said the sky is falling. But if you go back 25
years ago or so, the number of participants was substantially lower than now.”

With Woods recently staging a career comeback and
celebrating his fifth Masters win, Last added that he “would
certainly not be surprised” to see participation in the sport spike again.

“In many ways,” he said, “the industry’s
infrastructure is somewhat better prepared for resurgent interest than it was
during Woods’ initial period of dominance, [and this year’s Masters] adds a
fresh chapter for a new generation that can now follow Tiger’s reinvigorated
quest to shatter a number of all-time records.”

Natural wonders under threat around the world
We and our partners use cookies on this site to improve our service, perform analytics, personalize advertising, measure advertising performance, and remember website preferences.Ok