The New York Department of Economic Development released its first fall foliage report of 2018, and it looks like leaf-peeping season is almost upon us.

While most of the state is so far unchanged, small pockets of upstate New York are beginning to see some change, primarily in the Adirondacks, Capital-Saratoga, and Thousand Islands regions.

The Democrat and Chronicle reported that in the Adirondacks, Franklin County and Saranac Lake have both seen about a 10-percent change, while Essex County has seen a 5- to 15-percent change. Pops of gold, red, burgundy, orange, and maple can be seen in these areas.

Other parts of the state have only seen minor changes in the leaves.

These small changes are a sign of what’s to come as fall officially begins September 22. New New York fall foliage reports are issued every Wednesday afternoon, according to I Love NY. 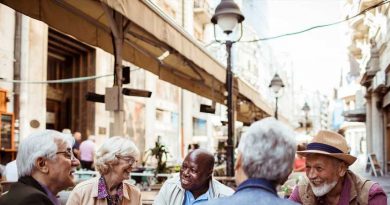