A couple from North Carolina has filed a class-action lawsuit against Marriott International and Kyo-Ya Hotels and Resorts after their honeymoon was ruined by a strike at The Royal Hawaiian in October.

The couple claims that The Royal Hawaiian did not tell the couple about the strike before they arrived, thus ruining a $2,400 booking during a five-night stay.

Ovais and Sana Inamullah booked a five-night stay at The Royal Hawaiian in Waikiki in October. During their honeymoon, the strike was ongoing and limited the services they paid for and expected.

The couple’s attorney says they had limited to no housekeeping services, valet parking, or room service, and that most of the restaurants and bars were closed.

“They were ripped off. They planned what was supposed to be a lovely honeymoon in one of the nicest luxurious hotels on the island, and they did not get what they paid for,” their attorney, Bridget Morgan told KHON2.

“[Ovais] described having to walk several blocks to park their car every time they leave, cause there was no valet service. They were very disappointed,” said Morgan

According to the lawsuit, The Royal Hawaiian didn’t notify the couple of the strike even though the hotel knew about it before the couple’s arrival.

“They received a pamphlet that described how limited services would be. It did say they would receive headphones to block noise,” said Morgan.

The couple wants their money back.

“Part of the thing so upsetting was they didn’t have a choice. Or (the hotel) let them know, ‘Hey we know you booked with us, but (the hotel workers are) striking. They would have stayed somewhere else. They were deceived. Didn’t feel they got what they bargained for. They felt ripped off,” said Morgan.

The Royal Hawaiian didn’t respond to KHON2’s inquiry on the matter.

Some sources estimate that the strike could continue into 2019. 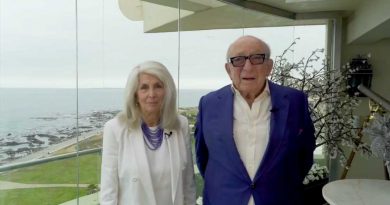