Intercontinental Hotels Group is preparing to debut its boutique Kimpton brand in the United Kingdom.

The brand’s first offering in the nation will be the Kimpton Fitzroy London, slated to open in October.

Located in the city’s Bloomsbury neighborhood, the hotel will inhabit an iconic heritage building that dates back to 1898.

The hotel is named for the building’s original architect, Charles Fitzroy Doll, who was a titan of British architecture in the Victorian and Edwardian eras and specialized in designing hotels.

Giving the building’s illustrious history, the Kimpton Fitzroy London is being fashioned to showcase craft, history, and modernity, as well as luxury and timelessness. The new London hotel will also further honors its original architect by naming its bar Fitz’s bar.

The Kimpton Fitzroy London appears to be merely the first step for the brand in Europe.

IHG has entered into an agreement with Covivio to rebrand and operate 12 hotels (and one pipeline hotel) that are currently part of the Principal and De Vere brands. The Principal London is the first of these hotels to be re-branded as Kimpton Fitzroy London.

Next year there will be a continuation of the brand’s momentum with additional Kimpton hotel openings in such places as Edinburgh, Glasgow, and Manchester.

Kimpton first arrived in Europe last year with the opening of Kimpton De Witt in Amsterdam, and since then has rapidly increased its global footprint with signings in Tokyo and Paris, both set to open in 2020, and Kimpton Frankfurt, due to open in 2023.

In the next few months, Kimpton Da An Hotel in Taipei will also open its doors. 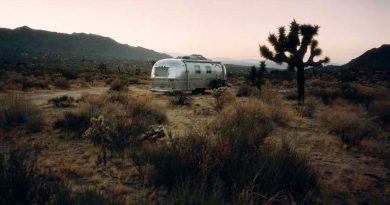 Airstream’s Latest Design Is an Office on Wheels