Home » Where to stay » Layoffs imminent in tours sector coronavirus

The U.S. Tour Operators Association is calling on members to lobby to be included in a Covid-19
economic stimulus package, noting that a recent survey shows more than half of
its members anticipate layoffs.

Likewise, the Arival trade group representing day tour
operators and activities providers
called on Google and Facebook to offer advertising credits to its members,
emphasizing that 25% of its members expect furloughs.

USTOA on Wednesday sent its members a form letter urging
them to fill in their company information and send it to their representatives
in Washington with a plea for support for small businesses.

“During a recent USTOA survey, one of USTOA’s members
reported cancellations of over 50 percent and potential layoffs of between 60
and 75 percent,” the letter says. “From that same survey, of the 25
respondents, which consist of both active and associate members, 16 indicated
that they are considering some level of layoffs. Lastly, every single
respondent of the recent survey indicated that their company is experiencing
some level of cancellation due to Covid‐19. These are huge levels of economic
impact that are troublesome to me and my colleagues.”

“Google and Facebook have become incredibly important
partners to the travel industry worldwide,” Quinby said. “They have profited
handsomely from the risk-taking of these enterprises over the past decade. Now
it’s time for them to step up and pay it forward by crediting the accounts of
these at-risk advertisers.”

Arival estimates there are one million tour, activity and
attraction operators worldwide.

Arival said its survey of nearly 600 of those operators
conducted between March 9 and 13 showed that 28% are at risk of business
failure within three months,  46% are at
risk of failure if travel does not begin to recover within six months, 37% of
total 2020 bookings have been canceled, 73% of operators report a decline in
2020 bookings and the average decline is 52%.“These numbers show an industry in
trauma — and it’s only going to get worse,” said Quinby.

How to Use Spring Break Travel to Help the Planet 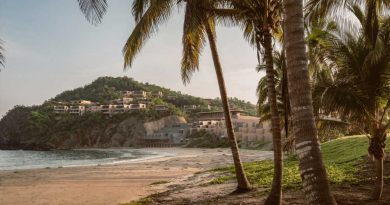