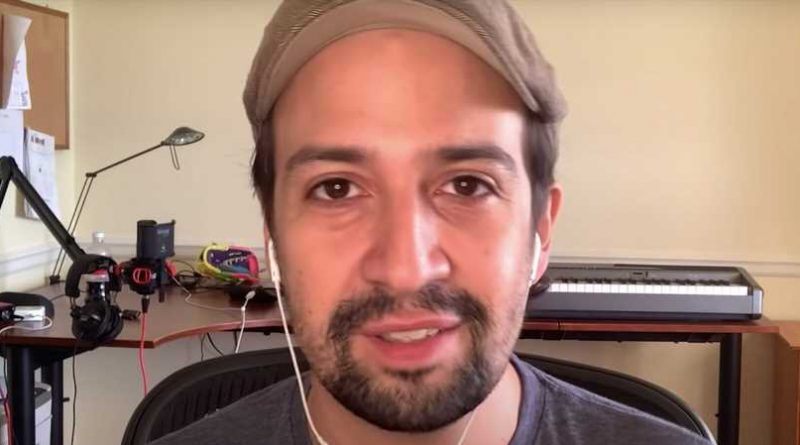 Whether he's writing about the Founding Fathers or the Latin American immigrant community, Tony Award-winning composer, lyricist, and playwright Lin-Manuel Miranda's iconic works double as an ode to New York City, which he famously calls the "greatest city in the world" in "Hamilton."

Most recently, as part of Google Arts & Culture's "Perspective" series, Miranda leads a virtual tour of his hometown via Google Maps, sharing his favorite spots in the city.

"One of the things I love about New York City is that it's in a constant state of metamorphosis," he says in the video tour, which premiered in April. "You could walk from the top of Manhattan to the bottom, and by the time you walk back up, certain blocks will be different."

Growing up in Washington Heights, which provides the backdrop for "In the Heights," his 2005 musical that will be released as a movie on June 11, his perspective of the city's hot spots didn't always match up with what tourists came to see. "I always got frustrated as a kid that most tourism things, most depictions of New York City stopped at 125th Street," he says. "I grew up 75 blocks up from 125th Street — that's one of the reasons the lyric in 'In the Heights' is, 'You must take the A Train even farther than Harlem to northern Manhattan and maintain.'"

Among his choice spots in Washington Heights are the historical homes on Sylvan Terrace, which he calls "a weird step backwards in time," as well as the Morris-Jumel Mansion, where Aaron Burr once lived. "I actually got to do some of the writing for 'Hamilton' in Aaron Burr's old bedroom," he reveals.

He also shares a place with personal significance: the view of the George Washington Bridge after getting off the subway at 181st Street and taking the escalator. This made its way into a scene in "In the Heights" where Benny and Nina take a tour of the neighborhood. "It's really based on the second date with my wife," Miranda explains. "We grew up 20 blocks apart, but we went on a walk, taking each other to our favorite spots and moments, and it ended here. This view has always been very special to us."

Other northern Manhattan spots he shows include a rock near the Cloisters where he would often write "angsty poetry" as a teen, as well as a crescent-shaped building that he used as the basis for the first "In the Heights" poster.

Miranda also cherishes the area's evolving culture. "By the time I was growing up in this neighborhood, it was like a tiny Latin American country," he says of the many Dominican neighborhoods, as well as the Puerto Ricans and Cubans who, he says, were part of the first wave of Latinos to settle there. "There's something about upper Manhattan that I love because it's always, regardless of the wave of immigration, it's a lot of first chapters in American history for a lot of families."

He also admits that one of his favorite places to write in New York is, surprisingly, the subway. "You have the stimulus of other people and other communities, and sometimes breakdancers, and sometimes mariachi bands," he says. "We're all sharing that space to get from here to there."

Further downtown, the places he shows all have to do with his famed theater career, including the Drama Book Shop, where he worked on "In the Heights" in the summer of 2004. In fact, it means so much to him that when it closed, he and "Hamilton" director Thomas Kail, producer Jeffrey Seller, and theater owner James Nederlander bought it, according to The New York Times. "We're hoping to bring this place back in a big way," he says in the video, which was filmed before the store's reopening was announced for June 10.

He also makes stops at several places related to Jonathan Larson's 1996 musical "Rent," which his high school girlfriend took him to see on his 17th birthday. "It was really life-changing," he says. "I went from being a musical theater fan to someone who believed they could write a musical."

That leads him to other Larson-inspired places, like the Jane Street Theater (now the Jane Hotel), where he saw Larson's first musical "Tick, Tick… Boom" in 2001. He also stops by Larson's old building at 508 Greenwich and shows the phone booth across the street that Larson's friends called him from since his doorbell didn't work — a scene familiar to fans of both of musicals.

It's relics like this that make Miranda appreciate Manhattan — and work to preserve its culture, despite its constant growth. "The village of Jonathan Larson's 'Rent' does not exist anymore. And increasingly, in Washington Heights — the neighborhood I wrote about — is changing a lot," he says. "So that feeling of capturing the spirit of a place the way you remember it is so important."

The Queen's Jewels Are Cleaned With Gin, a Royal Insider Revealed

This hilarious missing persons update is the story of the week