Home » Where to stay » Radisson Accelerates Expansion in China

The company said in a statement that growth in China is a key part of its five-year strategic operating plan, also referred to as Destination 2022.

Radisson already has 35 properties in operation and under development across China but plans to triple that number by 2022.

In pursuit of that goal, the company has just made three critical appointments for its China development team.

Eric Cheng, who recently joined the company from the UAE’s Emaar Hospitality Group, has been named senior director, development, China. Prior to joining Radisson, Cheng was based in Shanghai working as the head of business development, China.

“As the world’s most populous country and second largest global economy, China holds compelling and unique opportunities for Radisson Hotel Group,” Katerina Giannouka, Radisson’s president, Asia Pacific, said in a statement. “We are firmly committed to significantly expanding our portfolio, introducing new brand segments and dramatically increasing the recognition of our brands in China.”

Domestic and inbound tourism in China in 2017 totaled 5.1 billion trips and generated more than $795 billion, according to data from the China National Tourism Administration (CNTA).

The International Air Transport Association (IATA) also projects that China will overtake the USA as the world’s largest aviation market by 2022.

In addition, the company is preparing to launch later this year, Radisson Ningbo Beilun, Radisson Suzhou and Radisson Blu Zhengzhou Huiji. All of these properties are on track to open during the fourth quarter of 2018. 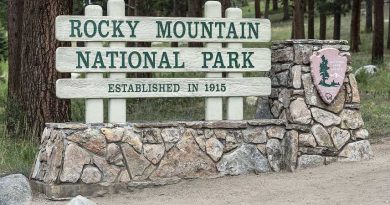