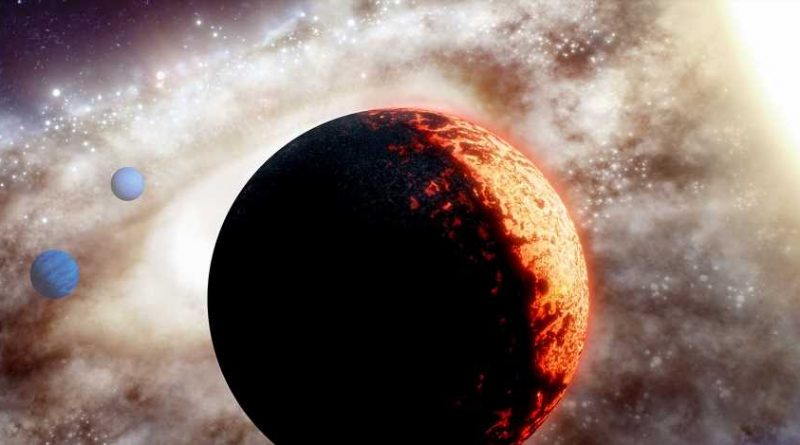 In the last 30 years, scientists have discovered more than 4,000 exoplanets, or planets outside our own solar system. Their latest discovery, however, is a bit of a doozy. Earlier this week, a team of researchers announced the discovery of TOI-561b, a rocky exoplanet that's been deemed a "super-Earth." It's located about 280 light-years away.

But before you get excited about the prospect of aliens, the planet is far too hot to sustain any type of life (that we know about, anyway). Located extremely close to its star — it has an orbital period of just 12 hours — TOI-561b likely has surface temperatures that reach 3,140 degrees Fahrenheit.

What surprised scientists, however, is that while the planet is twice the size of our own, it likely has a similar density. "This is surprising because you'd expect the density to be higher," said planetary astrophysicist Stephen Kane in a statement released by the University of California, Riverside. "This is consistent with the notion that the planet is extremely old."

Ancient planets formed during the younger years of the Milky Way galaxy are less likely to have heavy elements in them, as those elements form via fusion in older stars. Thus, scientists estimate that TOI-561b is about 14 billion years old.

"TOI-561b is one of the oldest rocky planets yet discovered," University of Hawaii postdoctoral fellow and team lead Lauren Weiss said in the statement. "Its existence shows that the universe has been forming rocky planets almost since its inception 14 billion years ago."