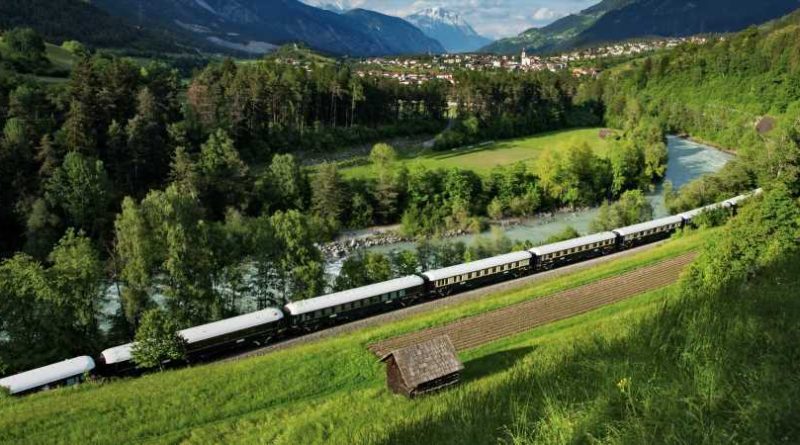 A luxurious champagne-and-caviar ride through Europe on the Venice Simplon-Orient-Express is a celebratory splurge. But this year, it will be even more spectacular: Belmond (Grand Suites from $15,800 per person, per night, all-inclusive), which operates the trains, has just added three over-the-top Grand Suites that wouldn't be out of place at one of the company's grande-dame hotels, such as the Cadogan or the Cipriani. Designed by Wimberly Interiors, each of the three new, Art Deco-style compartments has a double bed, an en suite bathroom, and heated floors. Guests can call on round-the-clock butler service for in-room dining or a nightcap; they can also dine in the train's spacious restaurant or pop in to the bar car. The iconic London-Venice-Istanbul route remains an option, but the trains will also hit other cities this year, including Amsterdam, Brussels, Florence, Geneva, and Rome.

While few trains can compete with the glamour of the Venice Simplon-Orient-Express, rail travel is also on the upswing in the U.S., as some travelers remain skittish about flights and are opting for the space and privacy of couchettes instead. Overall Amtrak ridership is down because of the pandemic, but certain routes are in huge demand, says Frank Marini, the president of Yankee Leisure Group, which owns Amtrak Vacations and Railbookers.

"We see not only a huge surge for summer bookings but also for last-minute getaways – even for the same day," Marini says, crediting this spring's vaccination drives for the demand. "People are calling as soon as they've had their jabs."

Among the most popular routes are those focused on national parks. "The hottest trips are those that go to Yellowstone, Yosemite, and the Grand Canyon," Marini notes. "Glacier, Bryce Canyon, and Zion are also in demand."

Another sought-after itinerary is a 10-day ride aboard the Alaska Railroad (trips from $3,400). The journey from Anchorage to Seward and Fairbanks takes in swaths of majestic mountain scenery, including Denali and Kenai Fjords national parks. Passengers overnight in hotels along the way; the rides are all about the views, which are maximized by glass-domed carriages and an outdoor platform that lets riders take glare-free photos. The trip is of particular interest this summer because most major cruise lines have been unable to sail the Alaska coast due to Canada's pandemic restrictions.

Awe-inspiring scenery is also the draw of the Broadmoor Manitou & Pikes Peak Cog Railway (round trips from $58), which chugs along a nine-mile route to the summit of the iconic Colorado mountain. It reopens this June after a two-year, $100 million refresh that spruced up carriages, tracks, and depots, and improved access for those with limited mobility.

A version of this story first appeared in the June 2020 issue of Travel + Leisure under the headline The New Adventures of Old Machines.

Bayliss appointed to lead Hotel Brooklyn ahead of 2020 opening