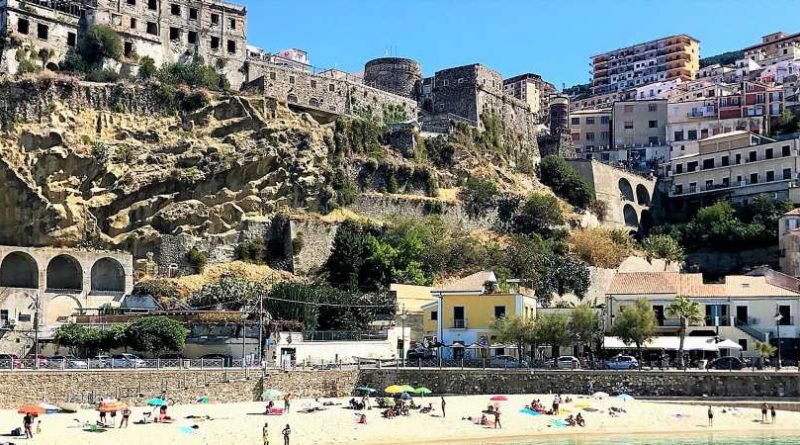 Small Italian towns are having a bit of a renaissance. In recent years, they've made headlines on more than one occasion when local officials decided to sell abandoned homes for as little as one euro in an effort to revitalize their towns and increase the population. Though many of these deals come with fine print, including thousands of dollars in deposits and some level of repairs, there's no denying they're a good bargain.

But an even better deal is now on the market: You could win a fully renovated home in a beach town on southern Italy's Coast of the Gods. And it'll only set you back $35. Last year, British couple Jon and Annmarie Nurse raffled off their own Tuscan villa and donated $69,000 from the ticket sales to The Children's Society, a U.K.-based charity. After such a successful campaign, the couple is giving away another house, but this time in the Calabria region, with proceeds going to Braccio di Ferro, a local Italian children's hospice.

This year's raffle winner will become the owner of a fully renovated, fully furnished, two-bedroom, two-bathroom townhome in the city center of Pizzo Calabro. Valued at $240,000, the home has an open-plan kitchen and dining area; balconies with views of the quaint streets below as well as the sea; and a new gas heating system with radiators that can be used year-round. While the house has everything you need for a comfortable life, its central location may be the most appealing factor, as it's both in the city center and also just a short walk from the beach. Pizzo itself is also centrally located, with several cities nearby and plenty of rail service to get you there. When selected, the winner of this Calabrian home will also be awarded with two flights to Italy, a car rental, and accommodations for two nights to sign the transfer of ownership. Transfer taxes and legal fees will be covered to make it easier for anyone to participate. For more information about the home and to buy your raffle tickets, visit the Nurse family's Win Houses in Italy website. If you don't win this abode, or still prefer the idea of a one-euro home, learn everything you need to know about those sales here.

This Month Will Bring 2020's Biggest Meteor Shower, a Solar Eclipse, and the Best 'Kissing Planets' in 794 Years

RIU Brings Its Urban Brand Into the Heart of San Francisco