Home » Where to stay » This Tiny Hidden Island Off the Coast of Tuscany Offers Crystalline Sea Views, Hidden Coves for Snorkeling, and Amazing Hikes 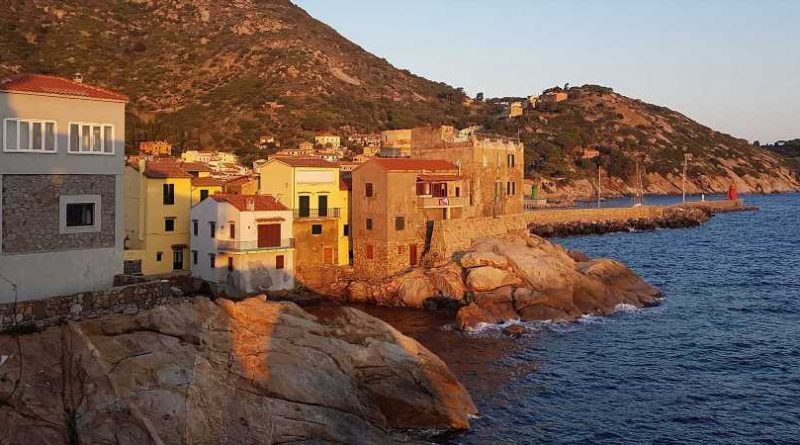 Don't come to Giglio looking for a party. Or luxury shopping, or Michelin-starred dining. There's little in the way of glamour here, but for a quiet, laid-back retreat, few places on the west coast of Italy offer that sweet spot of easy access and a completely away-from-it-all feel.

Just over nine square miles, Isola del Giglio — pronounced geel-yo — is the second-largest of the Tuscan Archipelago, the string of seven islands said to have been formed by the scattered pearls of Venus' necklace. Giglio's hulking big sister, Elba, slouches to the north and is visible on a clear day. Together with even tinier Capraia, they are the only islands with year-round populations and public access. Just 1,100 or so people live on Giglio throughout the year, though that number swells in the summer, when vacation home shutters fling open. The island is reached via one of several daily ferries from Porto Santo Stefano on the Tuscan mainland (the ride takes about an hour). Your visit will start in Giglio Porto, the colorful main town and ferry port that's home to the majority of the island's residents and services. Buses and taxis depart from here to the other small settlements on the island, hilltop Giglio Castello, and, to the west, Giglio Campese, which has the island's largest beach.

In Giglio Porto, you'll find a seaside promenade that wraps around the harbor. Stores sell local ceramics, gossamery beach cover-ups, and panama hats, while restaurants lure diners with displays of freshly caught seafood, some still wriggling on its bed of ice. You'll hear sounds of seagulls, gentle waves slapping against boat hulls, and the clamor of hourly ferries loading and discharging passengers and cargo.

There's a beach on one end of the harbor, composed of a small stretch of sand and large, mostly smooth slabs of stone. Here, as in most places where you can access the sea on Giglio, there's a definite DIY feel, with no beach bars or rows of neat umbrellas that line many Italian beaches — though you can find those at Campese and smaller Cannella beach. If you do like the Gigliesi, spread a towel over the flattest rock you can find, and when it's time to enter the water, jump. Dive into the startlingly clear, surprisingly deep waters with the dramatic island backdrop before you — it all feels like a movie about a romantic Mediterranean vacation. And if you have a snorkel and mask, spy on the abundant marine life below you. Climb out, scramble back up to your towel, dry off on the sun-warmed rocks, and repeat.

But there's more to do on Giglio than just swim in the sea and loll on the rocks — though for many, that's plenty. There are signposted hiking trails all across the island, some of which follow old Roman roads and all of which wind through rugged Mediterranean macchia (scrub) and present sweeping views of the sea. The island is small enough that you could hike from one end to the other in a few hours, but expect elevation change and bring plenty of water — this is an arid, windswept island without a lot of shade. You can also rent e-bikes from Ecobike to help with those steep hills. Thanks to strict limits on tourists bringing cars onto the island, both biking and walking on all the vehicular roads are safe.

Those who want to explore more of that crystalline sea can charter a piloted boat or rent their own gommone (zodiac raft) or small motorboat. This allows for getting to the island's hidden coves, many unreachable from land, and finding the perfect spot to swim, snorkel, or picnic. Several dive centers will also take scuba enthusiasts to the island's many shipwrecks, sea caves, and coral walls that are unreachable without an oxygen tank. After a full day of relaxing, watch Giglio make its magical transition from daytime to evening. By now, the day-trippers have headed home and the sunset casts a dreamy glow over Giglio Porto. Kids come out to ride their bikes on the sidewalk, as locals gather to chat, watch a soccer game at the bar, or take their evening passeggiata. Stop for an aperitivo by the sea, then settle in for a slow dinner — seafood is the specialty here, but there's plenty more to eat, too.

After dinner, have some gelato while strolling along the waterfront, which now feels more like a friendly neighborhood than a busy tourist port. (Doria and Sopravvento in Giglio Porto are great dining options, and Pasticceria Fausto is a must for gelato). As for where to spend the night, Hotel Saraceno in Giglio Porto has simple rooms and an enviable position right over the sea.

Go to bed with the windows open and let the sound of the sea lull you to sleep. You're only an hour from the mainland, but on Giglio, it feels like a million miles away.

Elizabeth Heath is a writer and editor living on a hill in Umbria, from where she writes about travel in Italy, the rest of Europe, and beyond. Read more of her work at elizabethfheath.com or follow her on Instagram.