If you’re looking for a true Mexican cultural experience, and perhaps the most poignant example of its unique blend of European-meets-indigenous heritage, there is no better time to travel south of the border than during Dia de Muertos, or “Day of the Dead”. It is so inextricably linked to the fabric of Mexican society that UNESCO has declared the holiday an Intangible Cultural Heritage of Humanity.

The celebrations traditionally take place each year between October 31 and November 2 each year and, while the dates coincide with our observance of Halloween, the two holidays differ greatly in spirit and tone.

While All Hallow’s Eve evolved from somewhat macabre beliefs about mischievous ghosts revisiting the living world, the similarly long-held belief among Mexicans that the veil between our own realm and our ancestors’ becomes thinner during this period of the year is seen as a joyful occurrence. Though decorations feature depictions of skeletons and skulls, most of the revelry revolves around good food and drink, music and dance, colorful costumes and intricate displays to honor lost loved ones.

Although festivities take place in towns and cities all across Mexico, each region has its own way of reconnecting with departed friends and relatives on this special occasion. The root Mesoamerican tradition, dating back thousands of years before Spanish rule, originated in the area now known as Southern Mexico, including the Yucatan peninsula.

Notably, in the Yucatan, the holiday is still celebrated as a regional tradition known “Hanal Pixan”—Mayan for “Food of the Souls”. In the popular tourist town of Playa del Carmen, the all-inclusive, adults-only Hilton Playa del Carmen observes this age-old celebration, preparing ceremonial menu items and traditional tasting dishes.

Managed by Playa Hotels & Resorts, the all-inclusive resort is also mere steps from Fifth Avenue, where the Catrinas Parade takes place and the largest festival in the Region, the “Festival Vida y Muerte” (Festival of Life and Death), can also be experienced. “La Catrina” is the skeletal figure of a woman dressed in elaborate, colonial Spanish garments, which has become symbolically linked to Day of the Dead celebrations.

In Cancun, the all-inclusive Hyatt Ziva Cancun holds a competition among resort departments to determine who can create the best “ofrenda” (altar to deceased loved ones), inviting guests to be the judges. There is also face-painting, an on-site parade and a musical show depicting the origins of Dia de Muertos, as well as a wide array of traditional delicacies, including the holiday’s staple sweet-bread, called “Pan de Muerto”. 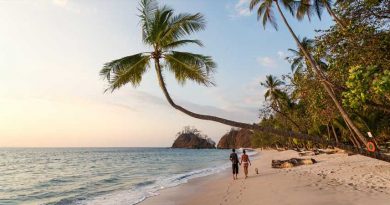