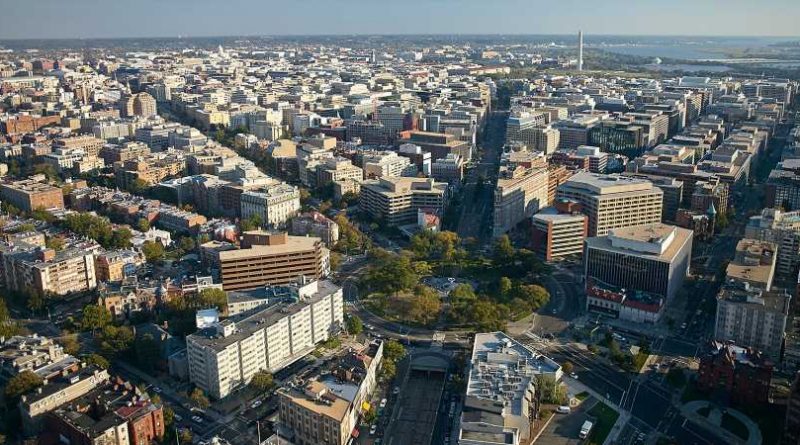 So, the nation's capital is welcoming back tourists in a big way — by offering 51 prizes ranging from $500 to $25,000 for winners to shop, eat, play, and stay in the city. Through the initiative launched by the Restaurant Association Metropolitan Washington (RAMW), various tiers of prizes will be offered, with winners being announced throughout the month of June.

"As we continue to get more residents and workers vaccinated, we are ready for more people to shop, eat, play, and stay in D.C.," Washington, D.C. Mayor Muriel Bowser said at Destination D.C.'s Travel Rally last week at Audi Field. "We know how much the tourism and hospitality industries mean to D.C., not only because they create jobs and support local businesses, but also because they help us tell the story of local D.C. It's been a difficult year, but now we look forward to a strong recovery and getting back to the people, places, and activities we love."

For the 46 prizes that are part of the program, winners will be chosen randomly to receive various amounts between $500 and $10,000 to spend at D.C. businesses. The 25 $500 winners, five $1,500 winners, and 10 $3,500 winners will be able to use the amount to shop at any of the city's retailers in person or online, as well as eat at more than 100 restaurants, including ChurchKey, Compass Rose Bar + Kitchen, Izakaya Seki, Karma Modern Indian, Pineapple and Pearls, Pitango Gelato, Rose's at Home, Rose's Luxury, and Tail Up Goat. The three $5,000 prize winners and three $10,000 winners will also be able to use their earnings at select entertainment venues and hotels.

On top of that, five grand prize winners, who choose to forgo entry toward the bottom-tier prizes, will have the opportunity to go for the ultimate reward: $25,000 to host a special event (think birthday, graduation, wedding, or other personal milestone) in D.C. using vendors based in the city. Entrants into that category will need to answer questions related to their dream event, with the top five most compelling stories being awarded the amount to be used within a year.

Washington, D.C.'s iconic institutions have started to welcome back visitors, with many of the Smithsonian museums and the National Zoo opening this month. Ford's Theatre will also open its museum and theater on May 12, while George Washington's Mount Vernon, the International Spy Museum, and Artechouse are now open daily. Lincoln's Cottage, the National Building Museum, and Hillwood Estate are among the attractions that are open on select dates. (For a full list, visit Destination D.C.'s site.)

The city is also highlighting its diversity, equity, and inclusion (DEI) offerings by focusing on minority-owned businesses, as well as organizations that spotlight inclusivity, like Wild Wilderness Women, The Black Outdoors, Outdoor Afro, and Wheelchair Travel.