Yankee Leisure Group and its Amtrak Vacations brand opened
an office in Sydney to help meet growing demand for North American train travel
from Down Under.

It’s just the second foreign office for Yankee after the U.K.

Marini said that while the company has been working with agents
in Australia for years, it was time to provide Australian traveler-specific websites
as well as local support for agents.

The newest office opens as Yankee Leisure Group logs its
sixth year of double-digit growth and its best year ever, Marini said. “Rail is the new river cruising,” he
said.

Besides Canada, the U.S., U.K. and Australia, Marini said Amtrak
Vacations is starting to see growing interest from other parts of Europe and
South America.

Why such high interest from Australia?

“The Australians are phenomenal travelers and the length
they take for their holidays and vacation is a few weeks at a time,”
Marini said. “We might be one of a few components. They may be taking a
train trip from Los Angeles to San Francisco to Seattle. Then maybe an Alaskan
cruise.”

According to the Australian Federation of Travel Agents, of
the 10.5 million Australians who traveled overseas in 2017, 1 million went  to the United States and 632,000 visited
Europe. 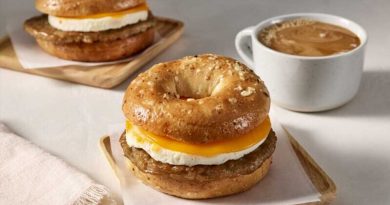 Marriott bringing back the hot breakfast buffet at select-service hotels