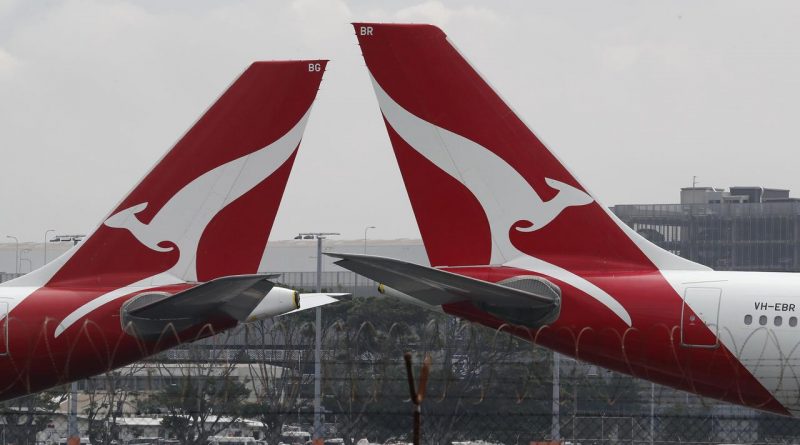 Australia had been aiming to open its international borders beyond New Zealand from the end of October.

But after Prime Minister Scott Morrison acknowledged that the majority of Australians will not be vaccinated against COVID-19 until next year, plans for airlines to be flying overseas was once more thrown into limbo.

In February, Qantas Group CEO Alan Joyce announced at the airline’s half-yearly trading update that both Qantas and Jetstar international flights would make a comeback from October 31 in line with the government’s expected completion of Australia’s COVID-19 vaccine rollout.

RELATED: What AstraZeneca changes may mean for overseas travel plans

But despite the revised vaccination advice, Australia’s largest airline still has its eyes on international flights making a return well before Christmas.

In a statement released late on Monday, Qantas said it was “closely monitoring the recent developments in the rollout of vaccines in Australia”.

“The government has not updated its timeline for the effective completion of the vaccine rollout and at this stage there’s no change to the planned restart of our international flights,” a Qantas spokeswoman said.

“We’ll continue to have dialogue with the government.”

The announcement comes after a revelation last week advising that the AstraZeneca COVID-19 vaccine was no longer recommended for under-50s, due to a small risk of blood clots developing in some recipients of the AstraZeneca vaccination.

As a result, the Pfizer jab will be encouraged for those under the age of 50.

As a result, there are concerns the changed advice will inevitably cause a major setback in the vaccine rollout plan, which Mr Morrison hoped to see every willing citizen vaccinated by the end of October.

The setback comes just days after Australian residents were given their first taste of overseas travel normality – with New Zealand Prime Minister Jacinda Ardern announcing the trans-Tasman travel bubble will be open from April 19.

The new corridor will means Australians can travel over the ditch and into New Zealand without needing to enter mandatory hotel quarantine.

The announcement of the travel bubble between both nations was dubbed by Ms Ardern as a world first of sorts, and an “important step” in post-pandemic recovery.

Qantas will significantly increase its trans-Tasman flying next week following the opening of the two-way bubble between Australia and New Zealand, with as many as 150 flights a week.

Earlier this year, Professor Brendan Murphy said he was hopeful international travel would be on the cards again from 2022, after vaccine programs were completed in Australia and rolled out extensively around the world.

On top of that, Deloitte said quarantine for arrivals would likely remain in some form for years, as efforts continue to stop the virus being imported back into the country.

Deloitte economist Chris Richardson said that would have a bearing on overseas travel getting back to what it was pre-COVID.

“That keeps international travel – both inbound and outbound – pretty weak in 2022, and it may not return to pre-pandemic levels until 2024,” he said, according to 7 News.

Deloitte’s quarterly forecast was prepared prior to Australia’s national vaccine rollout hitting a setback last week, which could further dampen expectations about the return of overseas travel.