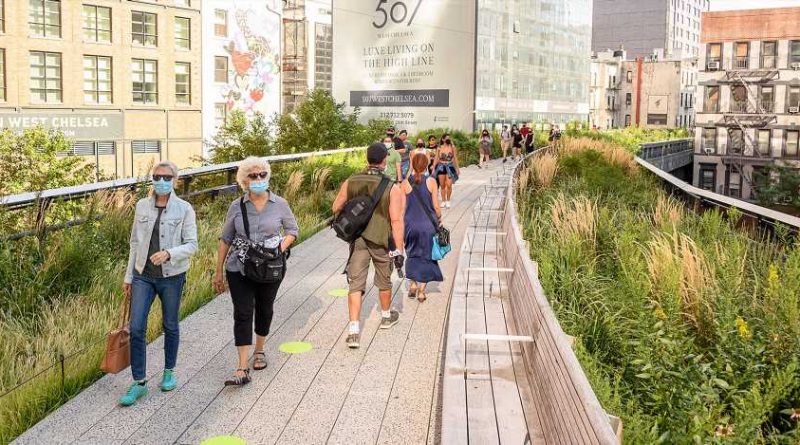 Cuomo's proposal, which he detailed at his State-of-the-State address this week, would extend the oft-visited High Line, providing access to the newly-opened Moynihan Train Hall, a bright spot in the typically dingy Penn Station. The L-shaped addition would extend the High Line east at 10th Ave. and 30th St. before it turned north to connect to an elevated public space by the train station.

"This will be the most ambitious redevelopment that New York City has seen in decades," Cuomo said in a statement. "When the private sector economy lags, state governments build infrastructure and spur development… This connection is part of a district-wide redevelopment of the West Side that will jumpstart the private market in a post-COVID world."

Robert Hammond, the executive director and co-founder of Friends of the High Line called the proposal a "unique public access project" and said it would "better connect residents, workers, and visitors to public spaces, cultural institutions, businesses, and vital transportation hubs on the West Side of Manhattan."

Following this expansion, the state plans to then further extend the High Line north past the Javits Center and across the West Side Highway to Hudson River Park.

The High Line first opened to pedestrians in 2009, built on elevated tracks constructed in the 1930s to transport meat, dairy, and produce, according to Friends of the High Line. In the years since, the project has widened, opening more and more sections to the public and growing to nearly a mile and a half-long greenway, featuring more than 500 species of plants and trees, food vendors, and art installations.

The Moynihan Train Hall, built in the Farley Post Office building, opened on New Year's Day and will allow passengers on Amtrak's Northeast Corridor routes and the Long Island Railroad to access trains through the light-filled space.

A guide to easy-peasy mountaineering around the world

Can we agree this part of the airport is the absolute worst?