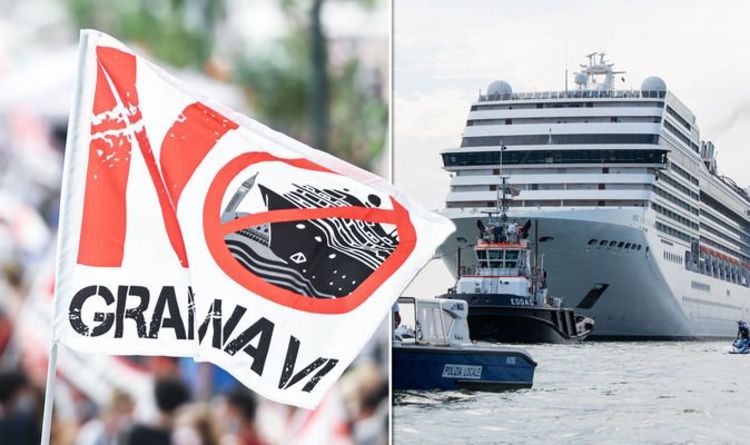 Protestors sailed up to the ships on small boats, holding up signs. They read things such as “no big ships.”

Locals would like to see a total ban on huge vessels.

The MSC Orchestra sailed into port.

It picked up 650 passengers and then sailed on to Bari.

Prime Minister Mario Draghi’s had declared the ships would be banned from the historic centre. 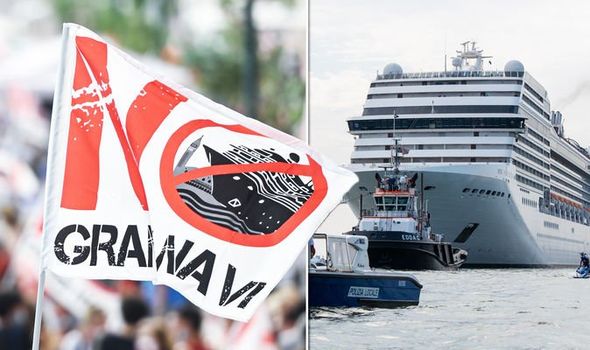 However, anti-cruise ship campaigners have levelled accusations at the local government after the arrival of the cruise ship.

Tommaso Cacciari, leader of the activist group No Grandi Navi, which translates to No Big Ships, said: “The Italian government has been great at deceiving not only citizens of Venice, but newspapers and public opinion around the world.”

However, there is a counter-movement, Si Grandi Navi.

Mr Cacciari went on: “The government knew it was impossible, as the canal that the ships must pass through to reach Marghera is too narrow and not deep enough.

“So you would need to dredge the canal in order for that to happen, which would be even more devastating for the equilibrium of the lagoon.

“The aim of this protest is to make the government realise and explain – the whole world reported on this story – and yet here the big ships are again. It’s shameful.”

In April it was claimed cruise ships would be banned from passing near to the centre of Venice.

It was said large vessels must dock at the industrial Marghera Port, far from the Grand Canal. 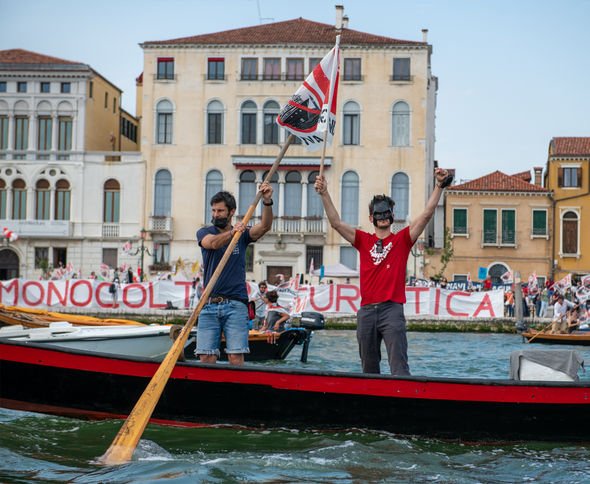 Culture Minister Dario Franceschini said at the time: “Anyone who has visited Venice in recent years has been shocked to see these ships, hundreds of metres long and as tall as apartment buildings, passing through such fragile places.”

He praised the decision to ban the ships, tweeting: “A correct decision, awaited for years: the [Italian] Council of Ministers approves a decree-law that establishes that the final landing places of the big ships in Venice will have to be planned and realized outside the lagoon, as requested by UNESCO.”

The government said at the time it wanted to “reconcile the needs to protect the artistic, cultural and environmental heritage of Venice and its lagoon with those related to cruise activity and goods traffic”.

Cruise activity had dipped due to the pandemic, but Venice residents fear they might be dealing with the large ships for years to come. 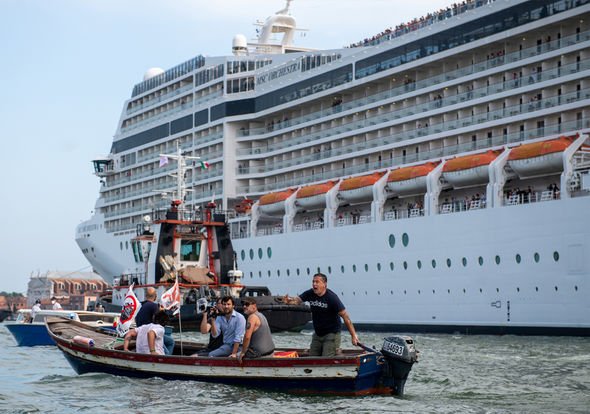 Mr Paradiso recalls “many smiling, happy faces”, as well as some tears of joy.

“I’ve seen many, many customers being emotional because it means so much to be onboard of a cruise ship again after 15 months,” he told Express.co.uk.

“All of our guests were having such a great time while respecting the measures put in place to keep everyone safe.”

Amtrak Celebrates 48 Years and Looks to the Future