Home » Family holidays » How a German Brewery Saved 1,500 Gallons of Beer That Were About to Expire 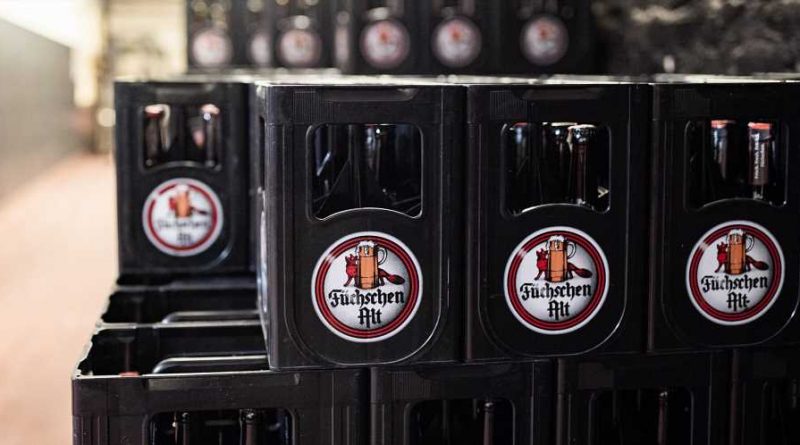 With more than 1,500 gallons of beer about to go bad, a German brewery collaborated with local bakeries to salvage its iconic product — and little did they know the result would be so popular.

The Fuechschen Brewery in Dusseldorf had countless bottles of its "Altbeir," sitting unsold, due to pandemic-sparked restrictions in bars and restaurants, and nearing its expiration date. The dilemma called for some ingenuity.

The brewery sent 6,000 liters of its beer to local bakeries and invited them to create their own bread recipes using beer instead of water. They also sent leftover grains from the brewing process, which the bakeries used to create "Treberbrot," or "Spent Grain Bread."

"It would have been such a shame to just toss out such a tasty beer," Peter Koenig, whose family has run the brewery since 1908, told The Associated Press on Tuesday. "Then we came up with this idea to bake the bread with the beer, to leave out the water. I think it's great that these two craft industries have come together like this."

The bread is now available at about a dozen bakeries around Dusseldorf for less than $5. And, as an added bonus, each loaf comes with a free bottle of the Altbier.

Requests from around the country have been pouring into the German bakeries, asking if they can send the loaves by mail. (They can.)

The beer-made bread has been bringing people together at a time when social distancing is still in effect. Restrictions that have been in place since mid-December are set to expire on March 28.

This week, German Chancellor Angela Merkel attempted to extend the country's lockdown state through Easter due to a recent uptick in COVID-19 cases. The plan would have closed down even grocery stores for a five-day period around the holiday. It was quickly abandoned after public backlash, The BBC reported Wednesday.

The Robert Koch Institute, Germany's public health institute, reported 15,813 new COVID-19 cases and 248 deaths on Wednesday. The country has reported a total of almost 2.7 million cases throughout the pandemic and more than 75,000 deaths, according to Johns Hopkins University.

Less is more: Gunnar Garfors on his favourite ‘least-visited’ countries

20 of the most beautiful villages in France