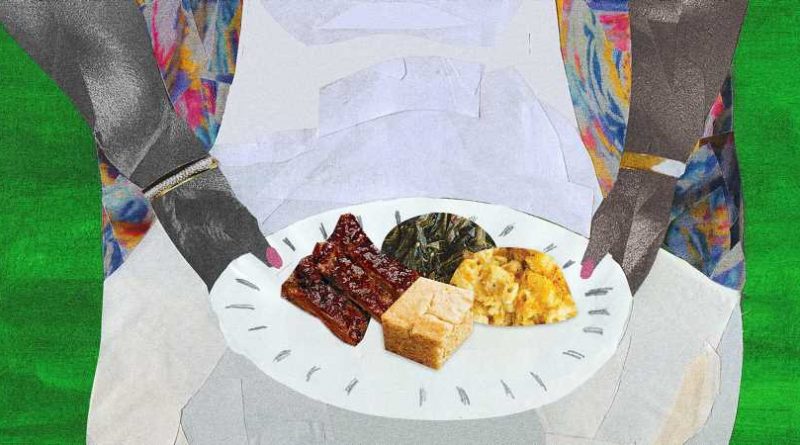 We have a unique way in which we communicate with each other in the Black community. It's an interpersonal experience that happens among neighbors, distant cousins, and longtime friends. We often need to see each other, laugh, bond, and embrace over things like food. That's where the Cookout comes in. It's a joyous event that celebrates our advancements, growth, and kinship. An integral part of how the Cookout executes is through the music, traditions, and cuisine. Black American cuisine is often associated with Southern comfort food because of colonial slavery and the antebellum era. And the Cookout is dependent on these traditions and history that feed it so that it survives. In turn, it creates a powerful environment that is unanimous for all Black folks. The History of the Cookout in Black America

Although some may see it as a loosely traditional event, the Cookout has survived through generations of Black matriarchs that kept it alive. Big Mama, Nana, or Madea are the glue that hold the community and this ancestral practice together. Generally, the elders have full seniority at these events. They provide wisdom, spontaneity, and leadership among all the participants. It is widely known in Black culture that the Cookout is a safe space, specifically for acceptance. Many Black Americans bring friends and mates to Cookouts for guidance and approval from their family and peers. It's always lighthearted fun, and real judgment is not a deciding factor, but it remains a running joke in the community.

Food is an Imperative Element of Tradition

Food is an integral part of the Cookout and Black American experience. The history of colonial chattel slavery influences what we eat today at these events, seeing as food was used as a means of capital for the enslaved. Through cooking, enslaved Black people could survive because they often rationed their food according to accessibility. Corn was one of the bases for their diet because it was more forgiving on less-fertile land. It could be eaten more frequently and turned into different foods like hoecakes, ash-cakes, spoonbread, corn pone, and cornbread. Slaves also consumed pork because it was cheap for plantation owners to acquire, and one pig could feed many. Still, pork remains a staple in soul food today. Many Black people consume chitlins, leafy greens with pork, and grilled or smoked meats like hot dogs and ribs. Prayer with linked hands is always conducted before we eat. The matriarch or an elder will bless the food, or anyone attending can say the prayer. Food is consumed according to age, with the youngest and the elders first and everyone else last. From Music to Clothing, Other Traditions Set the Cookout Apart

Cookouts can take place any time of the year as long as it's warm. They can be in lot spaces in public areas or backyards, depending on how many people attend. Traditionally, the type of music is an indication of a great Cookout. Music is so crucial in Black culture. It celebrates our voice in song and ensures what we feel and believe. Cookouts usually feature legendary Black musicians of the past. For instance, Frankie Beverly and Maze's "Before I Let Go" is a song beloved by the community because of its message and celebration of Black culture. Some have dubbed it the Black national anthem next to James Weldon Johnson's "Lift Every Voice and Sing". In 2019, Beyoncé covered "Before I Let Go" during her set at Coachella and added it to the set's live album. You'll also always see line dancing at the Cookout. There are different types of regional dances, and some don't have official names, but everyone seems to know them.

Clothing is sometimes altered at cookouts as well. Some families opt for matching T-shirts with a design or the family name. The consensus is to come with clothes that are okay to get dirty because of the activities and competitions. We often partake in foot races, sack races, basketball, and football. At night, you'll occasionally see fireworks. At the end, family members disperse the leftovers amongst themselves. It's encouraged to take leftovers so that everyone gets enough food.

Whether fall or spring, rain or shine, attending the Cookout for Black folks is a rite of passage; it comes in many forms like family reunions and barbeques because it is a sacred event. It promotes kinship, recognizes our history, and celebrates life and years beyond our assembly. It's an opportunity to reconnect with families near and far, a practice that is commonplace for Black Americans in the south – its roots run deep. The cuisine and customs are derivative of enslaved conditions in the Antebellum South. It's an event in Black culture that can happen annually or multiple times a year, and a gathering to celebrate familial traditions, customs, and good fortune in the community. When we're all together, everything is alright because we have each other.

10 of the best tapas bars and restaurants in Almería, Spain

10 of the best museums in Berlin