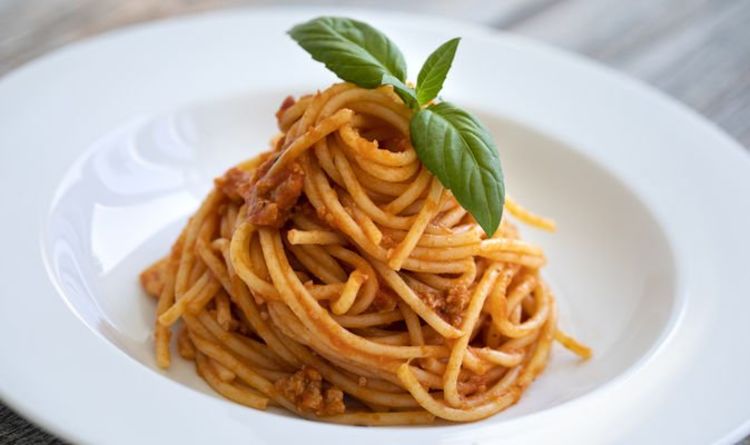 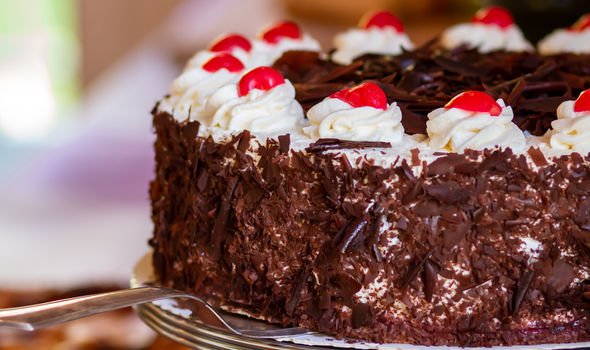 A favourite on British sweet trolleys of the 70s – and best served following a starter of grapefruit segments and a main of steak Diane– Black Forest gateau is Germany’s most famous dessert.

Some claim it is not named after the Black Forest ­mountains of south-west Germany, and it actually derives from the speciality liquor known as Schwarzwalder Kirschwasser, or cherry schnapps, the ingredient that gives it its alcoholic flavour.

Other sources say the cake is inspired by the traditional costume of the women of the Black Forest – a hat with big, red pom-poms on top called a bollenhut.

The Black Forest itself is actually more green than black, with wooded hills, high pastures and valleys. Scenic roads snake through the region, past farmhouses perched on hillsides and half-timbered towns. Nearly every cafe in the area serves kaffee und kuchen (coffee and cake) at 3pm sharp. germany.travel 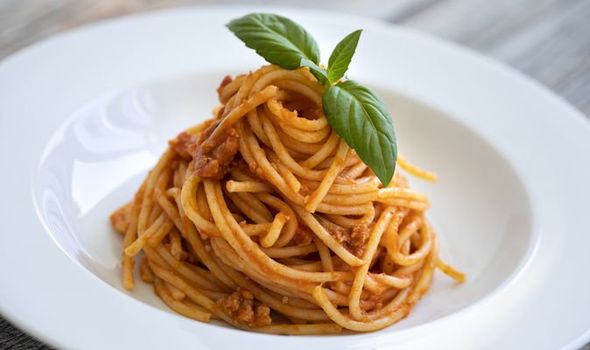 With a somewhat tangled history, some Italian chefs claim that Britain’s ­ most-cooked pasta dish doesn’t actually exist in their country.

The main beef with our spag bol is that it uses spaghetti (dried pasta), not tagliatelle made with fresh eggs. Italians prefer it this way as it creates a larger surface area to hold the sauce.

Bologna is in the region of Emilia-Romagna, Italy’s major food hub. Parmigiano-Reggiano, balsamic vinegar and salumi (cured pork) all hail from here.

At Trattoria Anna Maria, a traditional Bolognese tavern in the city, you’ll get Tagliatelle al Ragu, the real Italian version of spag bol (don’t mention it by name though). 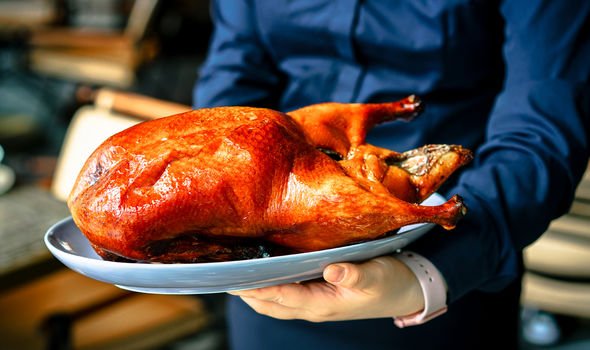 Seeing rows of fluorescent red ducks roasting on hooks through the window of a steamed-up Chinese restaurant is enough to make your mouth water – or give you nightmares.

But when cut into tender strips with crispy skin, garnished with spring onion, cucumber and sweet plum sauce, then wrapped in wafer-thin pancakes, it’s the stuff of Friday night takeaway dreams.

The first version of this iconic dish was hatched in Peking, now known as Beijing, and served to the Emperor of China in the 13th century. By the 20th century it had become a national symbol of China.

Quanjude Roast Duck Restaurant is one of the oldest Peking duck restaurants; its flagship eatery in Beijing has been around since 1864. quanjude.com.cn, english.visitbeijing.com.cn. 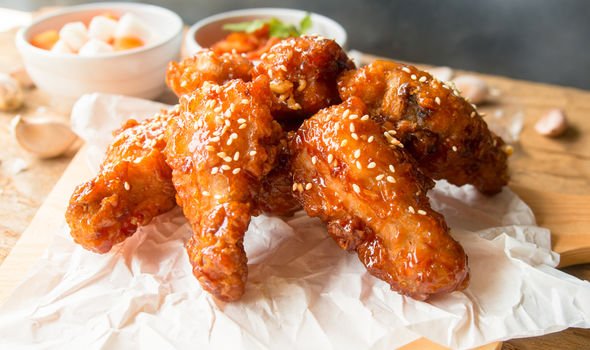 Shareable, affordable and sublime with an ice-cold beer, these spicy wings are the go-to snack for sporting occasions.

A staple of the Superbowl, they were first created in 1964 in the Anchor Bar in Buffalo, New York state, when owner Teressa Bellissimo cooked leftover wings in hot sauce as a late-night snack for her son Dominic and his friends. An instant hit, they were put on the menu as “Buffalo Wings” and served with celery sticks and a blue cheese sauce.

The joint is still going strong, selling wings, sauces and the obligatory merchandise. You can even buy a chicken wing hat for $49.99! visitbuffaloniagara.com, anchorbar.com. 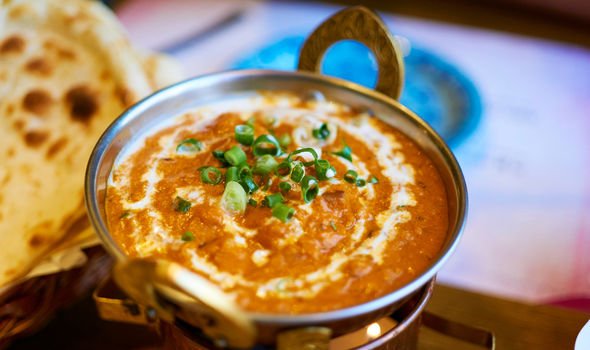 When a customer at the Shish Mahal restaurant in 1970s Glasgow complained about his chicken tikka being too dry, chef Ali Ahmed quickly rustled up a sauce of Campbell’s condensed tomato soup mixed with yogurt and spices to pour over it.

It proved such a hit, the diner and his friends returned time after time for the taste sensation, word spread and chicken tikka masala began to appear on curry house menus across the country.

In 2001 the then British Foreign Secretary Robin Cook hailed chicken tikka masala as a symbol of modern multicultural Britain, saying: “Chicken tikka is an Indian dish. The masala sauce was added to satisfy the desire of British people to have their meat served in gravy.”

It is still widely considered to be Britain’s national dish. shishmahal.co.uk. 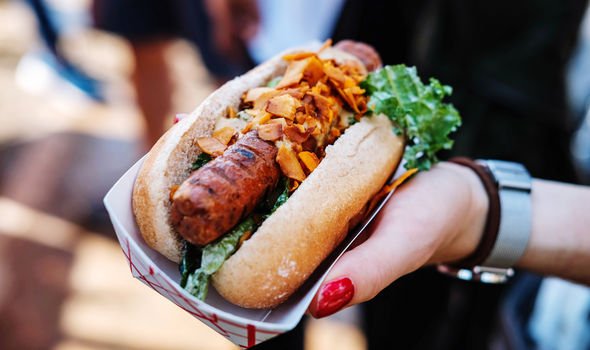 Pre-cooked, vacuum-packed or shoe-horned into tins with brine, the fabulous frankfurter found its way into the cupboards of Britain, to be whipped out and boiled in a pan whenever a speedy supper was required.

They were named after the German city of Frankfurt, a major production hub for sausages sold as a snack to eat with beer. Introduced to the US around 1900, they were soon considered an archetypal American food.

The first-ever hot dog stand, selling sausages in a sandwich, was opened by German immigrant Charles Feltman in Coney Island, New York, in 1867.

The brand now has thousands of outlets across the US.

Nathan’s Famous is also synonymous with Coney Island. Starting as a hot dog stand in 1916, it has branches worldwide, including Bournemouth and Southampton.  coneyisland.com/tourist-information, frankfurt-tourismus.de/en, nathansfamous.co.uk 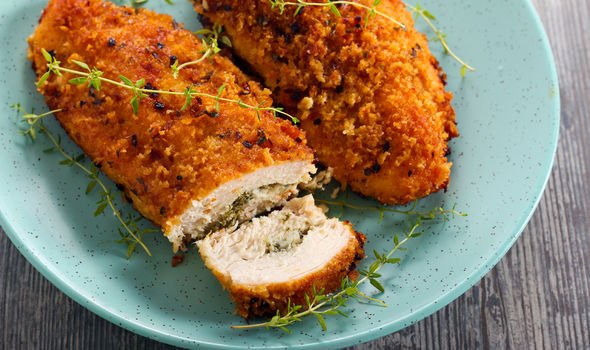 Surely a dish called Chicken Kiev can’t be too hard to track down… but this favourite of the freezer section has been claimed by various countries.

The trail begins with the French, when a chef in the 1800s rustled up supreme de poulet – pounded chicken breast, rolled in herb butter, then fried.

The Americans took credit for its name after they started serving breaded chicken stuffed with garlic, “Kiev-style”, in the 1930s.

It has also been traced to St Petersburg in the early 20th century, before the recipe was revived by Soviet chefs for a banquet welcoming Ukrainian diplomats home to Kiev in the 1940s, renaming it Kotlety Po-Kievski – chicken Kiev.

It became the UK’s first supermarket ready meal in 1979 and was a staple of British teatime in the decades to follow, often served with crinkle cut chips.

Eat the real thing in Chicken Kyiv, a restaurant in the Ukranian capital with mahogany tables, patterned dinner plates and lace place mats – just like at your Aunty Val’s house in the 80s. borysov.com.ua/en/chicken-kyiv, visitukraine.today 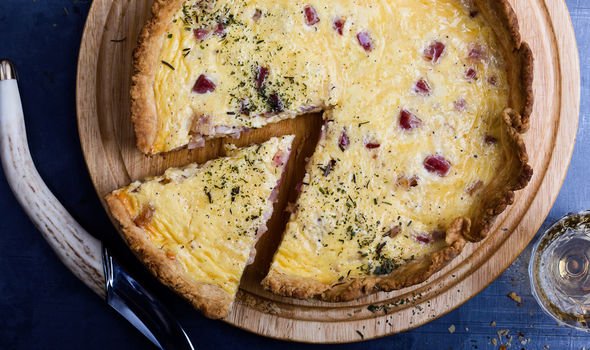 Popular at picnics, this eggy open-faced pie hails from the Lorraine region of France.

Back in the 16th century it was the kingdom of Lothringen, which was then part of Germany. When the area later became French, its name changed to Lorraine – the word “quiche” is a derivation of the German word “kuchen” (cake).

In its traditional form, it features eggs, French lardons and cream – ingredients that were all available from local farms. Gruyere cheese is sometimes included. If onions are added it becomes a quiche Alsacienne.

The Lorraine hotpot – a stew with sausage and vegetables – also hails from the area, but doesn’t go quite so well with the ham sandwiches and Scotch eggs of a British buffet.
tourism-lorraine.com

An early spring break in Greece: what to do

11 of the coolest things about Israel