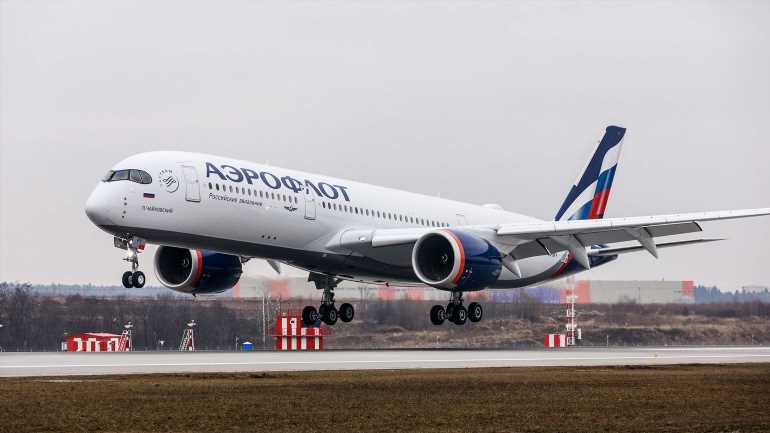 Russia has blocked incoming flights from the airlines of 36 countries. Meanwhile, Aeroflot has suspended U.S. operations through March 2.

The move, announced Monday by Russia’s Federal Agency for Air Transport, is the country’s response to bans on Russia flights imposed late last week and over the weekend by the U.K., the EU and Canada.

“In accordance with the norms of international law, in response to the ban by European states on flights by civilian aircraft operated by Russian airlines and/or registered in Russia, flights by airlines from 36 countries were restricted,” the Russian agency said.

Among the countries on the list are the U.K., Germany, Austria, Greece, Denmark, France, Ireland, Spain, Italy, Canada, the Netherlands, Poland, Norway, Portugal, Finland and the Czech Republic.

Flights from those countries can operate to Russia only after receiving a special permit, the Russian government said.

So far, the U.S. has not joined the EU’s ban on Russian airline flights, but Canada’s closure of its airspace to Russian carriers led Aeroflot to announce Monday that it has suspended transatlantic flying through Wednesday. The move disrupts Aeroflot service from Moscow to Miami, Los Angeles, New York JFK and Washington Dulles as well as flights to Cancun, Punta Cana and the Cuban cities of Havana and Veradero.

The decision came after Transport Canada reported Sunday that an Aeroflot flight violated the Canada airspace ban as it flew from Moscow to Miami. Though Aeroflot does not serve Canada, it utilizes Canadian airspace for routes to North America and the Caribbean.

Similarly, the closure of Russian airspace is also disrupting routes that don’t actually depart from or land in Russia. For example, Air France has made adjustments to four Asian routes that would normally including flying over Russia, including adding a Seoul stopover for its Paris-Beijing service. More dramatically, Finnair has canceled all flights to Seoul, Osaka, Tokyo, Shanghai and Guangzhou through March 6.