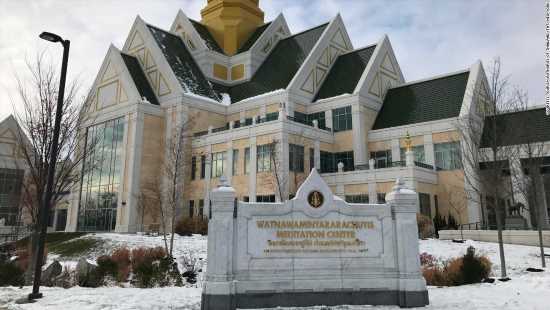 Nearly every week, it seems there’s a new disturbing video or news report of attacks on Asian Americans or Pacific Islanders in the United States.

A new study says that anti-Asian hate crimes have increased in 16 of the nation’s largest cities and counties by 164% this past year.

All of this violence has highlighted the need for Asian American and Pacific Islander stories to be heard. Fortunately, all Americans have plenty of opportunities to listen and learn at historical sites throughout the United States.

Here are 13 sites that might provide a deeper understanding of the history of Asian Americans and Pacific Islanders during Asian/Pacific American Heritage Month and beyond. Be sure to check with the sites before visiting as hours and operations may have changed during the pandemic.

Located on Angel Island in San Francisco Bay, the US Immigration Station (USIS) was the main entry point for immigration from Asia after it opened in 1910. Also known as the “Ellis Island of the West,” nearly 500,000 people from 80 countries were processed or detained there between 1910 and 1940.

Many of those detained were Chinese because of the 1882 Chinese Exclusion Act, the first law to restrict immigration based on race. This law allowed for only certain exempt groups of Chinese to immigrate to the US, which resulted in an influx of immigrants with fake documentation.

In an effort to uphold the Chinese Exclusion Act, authorities subjected many Chinese immigrants to rigorous interrogations on Angel Island. They were held in unsanitary and deficient quarters, anywhere from several weeks to several months before being deported or being allowed to enter the country.

Today, USIS serves as a museum dedicated to the history of immigration in the United States. For many visitors, the most moving moment is seeing more than 200 poems chiseled into the walls by detainees.

Details and tips: To visit, take the Angel Island/San Francisco ferry to the island and then take a scenic hike, tram ride or bicycle the 1.5-mile journey from the dock to the site, located inside Angel Island State Park. General admission is $5, and guided tours are available Wednesday through Sunday.

After the monarchy was overthrown and an attempt to restore Queen Liliuokalani to the throne failed, she was charged with treason and imprisoned in 1895 in an upstairs bedroom for almost eight months.

After serving for decades as government offices, the palace was restored and opened to the public in 1978.

Details and tips: Visitors are required to dress respectfully as the palace is considered a sacred place. Self-guided audio tours are available on Fridays and Saturdays, with docent-guided tours on Wednesdays and Thursdays.

“The Sindhu Project: Enigma of Roots” will be debuting on June 10, showcasing an artistic interpretation of archaeological sites and artifacts across northwest India and Pakistan.

Details and tips: The SAI is open by appointment only while the facility installs its upcoming exhibit. Email [email protected] An online exhibit called “Diasporic Rhizome” explores how 21 participating South Asian artists interpret the concept of diaspora.

This 17-ton, elaborately engraved bronze bell in the Korean-American Peace Park section of Angels Gate Park was gifted to the United States by South Korea in 1976 to celebrate the friendship between the two countries and the bicentennial of US independence.

Korean American actor Philip Ahn spearheaded the efforts to deliver the gift. The Korean Bell of Friendship was named a Los Angeles Historic-Cultural Monument in 1978. The bell is rung on several holidays, including Korean American Day on January 13.

Details and tips: The community of San Pedro is about 25 miles south of central Los Angeles. The Korean Bell of Friendship, on the 37th and Gaffey street corner, is free to visit.

Thirty miles south of St. Paul, Minnesota, Watt Munisotaram hosts the largest Cambodian Buddhist temple in the United States. About 10,000 Cambodians live in Minnesota — most came in the 1970s as war refugees fleeing the Khmer Rouge regime — and it’s a significant spiritual and meeting place for the community.

The 40-acre complex features an old temple that serves as the monks’ dwelling, plus shrines, meditation and gathering halls and the ornately designed 60-foot-tall main temple structure.

Details and tips: Mid-April is the most festive time to visit, as thousands gather to celebrate Cambodian New Year. This is considered a sacred space, so dress accordingly — knees and shoulders should be covered. There are volunteer guides available on-site. Visitors should bring cash for the donation boxes.

Filipino farmers played a significant role in the agricultural worker movement in the 1960s, and the Paolo Agbayani Retirement Village was built by the movement via volunteer labor to support elderly Filipino farm workers in 1974.

Since the ratio of Filipino men to women at the time was 14 to 1 and Filipino men were not allowed to marry outside their race, many were left without families after they were displaced as a result of farm worker strikes. This community is inside The Forty Acres, the Delano site that served as the command post for the United States’ first permanent agricultural union.

Details and tips: The property is managed by the Cesar Chavez Foundation and still houses residents. Tours are sometimes available by appointment. Call (661) 725-4347.

Serving as foundations for Chamorro homes, each features a circular bowl-like rock known as a “tasa” stacked atop a stone pillar. The tallest is almost 20 feet tall, and the oldest dates back 1,500 years. No other culture is known to have used latte stones.

Details and tips: After your visit to the park, take an easy five-minute walk to the Dulce Nombre de Maria Agana Cathedral and Basilica built by the first missionary in Guam in the 17th century.

A recently opened exhibit called “Hakone Gardens and Executive Order 9066” tells the story of Hakone gardener and caretaker James Sasaki and his family’s internment at the Topaz War Relocation Center in Utah.

Issued by President Franklin Roosevelt in 1942, the executive order resulted in Japanese Americans being forced into internment camps. (There is a museum in Utah dedicated to the Topaz camp that is temporarily closed because of Covid-19). Two of Hakone’s trustees also share stories of internment in the exhibit.

The gardens and estate, including an Upper House and Lower House featuring traditional Japanese architecture, were created for philanthropists Isabel and Oliver Stine by Japanese imperial gardener Naoharu Aihara, architect Tsunematsu Shintani and numerous artisans in the early 1900s. It is now run by the Hakone Foundation.

Details and tips: General admission is $10. A public tea ceremony is held on the first Sunday of the month from April to November. Several classes are also available on-site, including tai chi, origami for kids and Zen study.

This 60,000-square-foot museum in Seattle uses exhibitions and programs to tell stories of Asian Pacific American history, culture and identity. One notable permanent exhibit is in commemoration of Wing Luke, the first Asian American elected to public office in the Pacific Northwest.

Another exhibit, “Vietnam in the Rearview Mirror,” highlights the Vietnamese immigrant and refugee experience. “I am Filipino” looks at Filipino American identity and history.

Details and tips: General admission is $17. Virtual tours and events are available.

Founded in 1915, this Northern California town is the “most complete example of a rural, agricultural Chinese American community in the United States,” according to the National Park Service.

By the 1920s, about 600 residents made their home here, as well as establishing fish markets, gambling halls, schools, restaurants, brothels, herb shops and more. The town experienced periods of decline in the 1930s and beyond and is now home to just a fraction of its peak population. It was designated a National Historic Landmark in 1990.

Details and tips: There is no fee for visiting Locke, but residents still live there, so make sure to respect their privacy. Docent tours are available by reservation for groups of 10 or more Friday through Sunday through the Locke Foundation.

Locke is about 30 miles south of Sacramento.

Notable sites include Hawaiian temples, the abandoned Ki’ilae fishing village and the 1871 Trail — used by pack mules as a trading route for local villages. Cultural demonstrations are available, featuring Hawaiian games and handicrafts.

Details and tips: The park is open daily from 8:15 a.m. to 15 minutes after sunset. General admission is $20 per vehicle or $10 for walk-ins. Food is not available on-site.

Also known as the NMR Buddhist Meditation Center, this 110,000-square foot building is the largest Thai Buddhist temple in the United States.

Inside the massive building are a meditation room, a museum dedicated to the late King Bhumibol Adulyadej, a library, living facilities for monks and guests, a courtyard and a 180-foot gleaming golden spire.

The design of Wat Nawamintararachutis, built in 2002, also incorporates New England-style gables. The site was chosen because it is close to the Cambridge birthplace of Bhumibol.

Details and tips: Guided tours are available for groups of 10 or more, or you can explore the temple on your own. There are also free yoga classes, meditation groups, Dhamma talks and Sangha chanting available on-site.

Established in 1869, the 272-acre Wakamatsu Farm was the site of the first Japanese settlement in the United States. Issei migrants used their farming skills here and planted tea, mulberry for silkworms, persimmon, bamboo and rice.

The Wakamatsu Farm is still active, leasing 110 acres of lands to independent farming operations for livestock and crops. On-site, there are many activities available such as visiting the on-site tea house, a wheelchair-accessible lake trail and more. The farm also serves as an event venue.

Details and tips: The Wakamatsu Farm is privately owned by the American River Conservancy, which purchased the property in 2010. Visitors should view their calendar for events and tours. Docent tours are available if scheduled at least two weeks ahead. Visitors are also welcome for open farm days to hike, picnic and tour the grounds.

Holidays: Zurich & Paris top the charts as the world’s most expensive cities 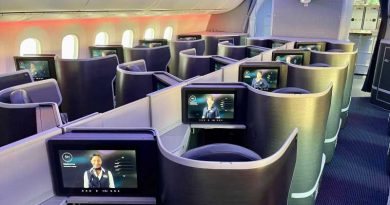