A new survey on British expats in Spain revealed that Benidorm is the most ‘British’ area of Spain. The survey looked at the number of expats in each area and the amount of British establishments such as pubs and shops.

Benidorm was named the most ‘British’ region and around five percent of the town’s residents are British.

However, Benidorm was less popular with Express.co.uk readers, including one person who advised people to “avoid” the resort.

One commenter said: “That’s nice, now we know which places to avoid!”

Express.co.uk commenter ‘Quillan’ said: “I visited Benidorm once. I stayed for about three hours, of which one hour was spent trying to find a proper Spanish restaurant for a menu del dia.

“What a waste of time because I couldn’t findone. Had a McDonalds instead.”

Benidorm does have a few Spanish restaurants but also caters to British tastes, with establishments offering fish and chips and full English.

The menu del dia or menu of the day is often a well priced menu served at traditional Spanish restaurants.

Another Express.co.uk reader said: “15 minutes drive to the north by the seaside and you’ll find the real Spain, not British pubs and restaurants.”

While resorts such as Benidorm cater to a tourist market, Britons who want authentic food should be able to find it in the surrounding towns.

‘Quillam’ continued: “I love Cadiz. Madrid is nice as well. Sorry but the Spanish Med is not for me, I prefer the French side for that.”

Britons who prefer cities to coastal resorts might be more suited to life in one of Spain’s bustling cities.

Malaga was recently named as the friendliest city in Europe by the InterNations Expat Insider City Ranking.

Valencia is another great option for Britons while Toledo in central Spain offers cheaper property prices.

The ‘Wild Coast’ or Costa Brava region in northern Spain is generally less busy than other Spanish coastal areas.

It stretches from 60km outside Barcelona to the French border, encompassing Girona and Figueres.

However, not all the popular destinations were slammed by readers. One commenter said:“Benalmadena is a good central place to stay in winter for the various golf courses.”

Benalmadena made the top five most popular destinations for British expats and is close to Costa del Sol golf courses.

One expat in Cyprus said they had suffered “problems” with British expats moving to the area.

Express.co.uk commenter ‘PGD’ said: “As an expat living in Paphos, I see the Brits coming to live here, two have moved into our road that have immediately caused problems.

“They moved overseas to start a new life, but were just like that in the UK, they haven’t suddenly changed.

“The result is that half the street are now set against the other half. Sad really, it was for 17 years a happy place to live where we all talked to and helped each other. Now we pass without a polite greeting.” 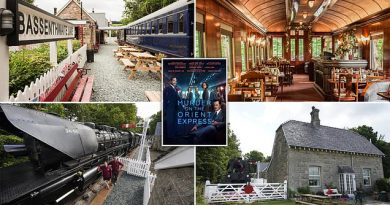