Britons looking for the best pies around the country now have some pointers thanks to the British Pie Awards. Ranking the best pies in 23 classes, the Awards are quite prestigious.

Defining pies as “a filling wholly encased in pastry and baked”, the Awards are strict when it comes to what they accept for judging.

They said: “Entries which do not comply (open lattice topped, fruit topped, potato topped, samosas or any fried products etc) will not be submitted for judging.”

Which pie was crowned Supreme Champion?

In 2021, it was the Meat and Potato Pie by Bowring Butchers from Mansfield, Nottinghamshire.

George Bowring, co-owner of Bowring Butchers said: “We are only a local business and we’ve already sold out of our pies.

“It hasn’t sunk in yet and it is overwhelming, it’s exciting and nerve-wracking at the same time.”

He continued: “My dad started making the pies 35 years ago.

“I think we won because it has perfect pastry, perfectly cooked and perfectly glazed.

“The meat and potato one is my personal favourite.”

The local butchers sell a variety of pies, from huntsman and game pie to best seller chicken pies.

At the British Pie Awards, the Newcomer Award was given to Pullman Jacks from Liverpool.

The shop was opened in March 2020, just before Covid restrictions were put in place, but it didn’t stop owner Lee Caffery from succeeding.

He said: “I was delighted to win the Newcomer Award on Friday along with many of my pies winning individual awards too.

“There were 813 pies entered so to achieve the recognition I received is a true testament to my hard-work and my products and I am looking forward to growing my business nationally now too.”

Lee trained as a chef and cooked on tour for some of the biggest stars, including Sir Paul McCartney, Bruce Springsteen, Eric Clapton, Britney Spears and Katy Perry.

The British Pie Awards also recognised a member of the team at WeeCOOk in Carnoustie, Scotland with the Young Piemaker Award.

Britons who want to try the pies at WeeCOOK can go to their restaurant in Carnoustie, the shop at Dundee’s Wellgate shopping centre, or visit one of the markets the team attends regularly.

Other winning pie shops were: 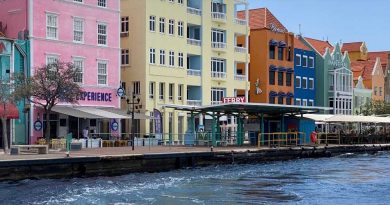