But as the islands welcome tourists back after the pandemic, some traveller activity has attracted the rage of the local Government. Tourist boat overcrowding has angered some of the officials.

In a parliament session, the islands Environment Minister raised the issue of boat overcrowding.

Miquel Mir said the masses of boats in the region were causing the “overcrowding of the sea”.

The Balearic islands are home to the largest Posidonia seagrass reef throughout Spain and the Mediterranean.

Posidonia is a species of seagrass which flowers and fruits. It is under special protection as a Priority Habitat of Community interest in the Balearics.

Around the island of Minorca, 40 percent of boats were ordered to move for anchoring in posidonia seagrass areas. Anchor dragging has damaged the endangered plant.

The island saw 2,380 boats docking in the area of which just under half were in the seagrass.

Minorca was the worst area in the Balearics for overcrowding, only seven percent of boats in Mallorca had to move.

Ibiza saw just under 10 percent of boats moving while the seas around Formentera moved just one percent.

Font blamed tourists for the overcrowding, saying: “There are many inexperienced sailors, who do not know where they can anchor.”

She found this particularly annoying as the local officials had created a map marking areas with Posidonia meadows.

Most of the boat overcrowding was put down to tourists visiting the area with their own boats rather than the organised tourist trips.

Miquel Mir said that there needed to be greater cooperation between different sea officials to control the issue.

Tourist boat overcrowding affects the whole of the Spanish tourist coastline as well as the Balearics.

Some officials said a public campaign could help to increase awareness and protect Posidonia.

The “superplant” is called the “lungs of the Mediterranean” and is under EU legislation to protect it from disappearing.

Despite the legislation, Posidonia is under great threat and boat anchor dragging is likely to cause further damage.

British bookings for holidays in the Balearic islands have soared as UK travel restrictions were relaxed over the summer.

From October 4, double-vaccinated travellers will no longer have to take a pre-departure test before arriving back in the UK.

Later in October, expensive day two PCR tests will be ditched in favour of cheaper lateral flow tests for the double-jabbed. 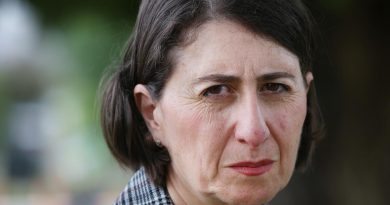