Boeing 777s have been grounded around the world after the US aviation regulator announced an investigation into the United Airlines flight that suffered an engine failure on Saturday, showering debris over homes in Denver.

The aircraft’s manufacturer recommended the grounding of all 777s using the same Pratt and Whitney 4000 engines, which includes scores operating across the US, Japan and South Korea.

United had already announced that it would voluntarily and temporarily remove 24 of its planes from active service while investigations are carried out.

And following the incident, which saw the afflicted aircraft return to land safely at Denver International Airport, Japan’s transport ministry also directed Japan Airlines (JAL) and ANA Holdings to suspend the use of 777s with P&W4000 engines.

A Japanese transport ministry statement noted that on 4 December 2020, a JAL flight from Naha Airport in Japan to Tokyo International Airport returned due to a malfunction in the left engine. The Boeing 777 plane in that case was similar to the 26-year-old aircraft involved in the new United Airlines incident. 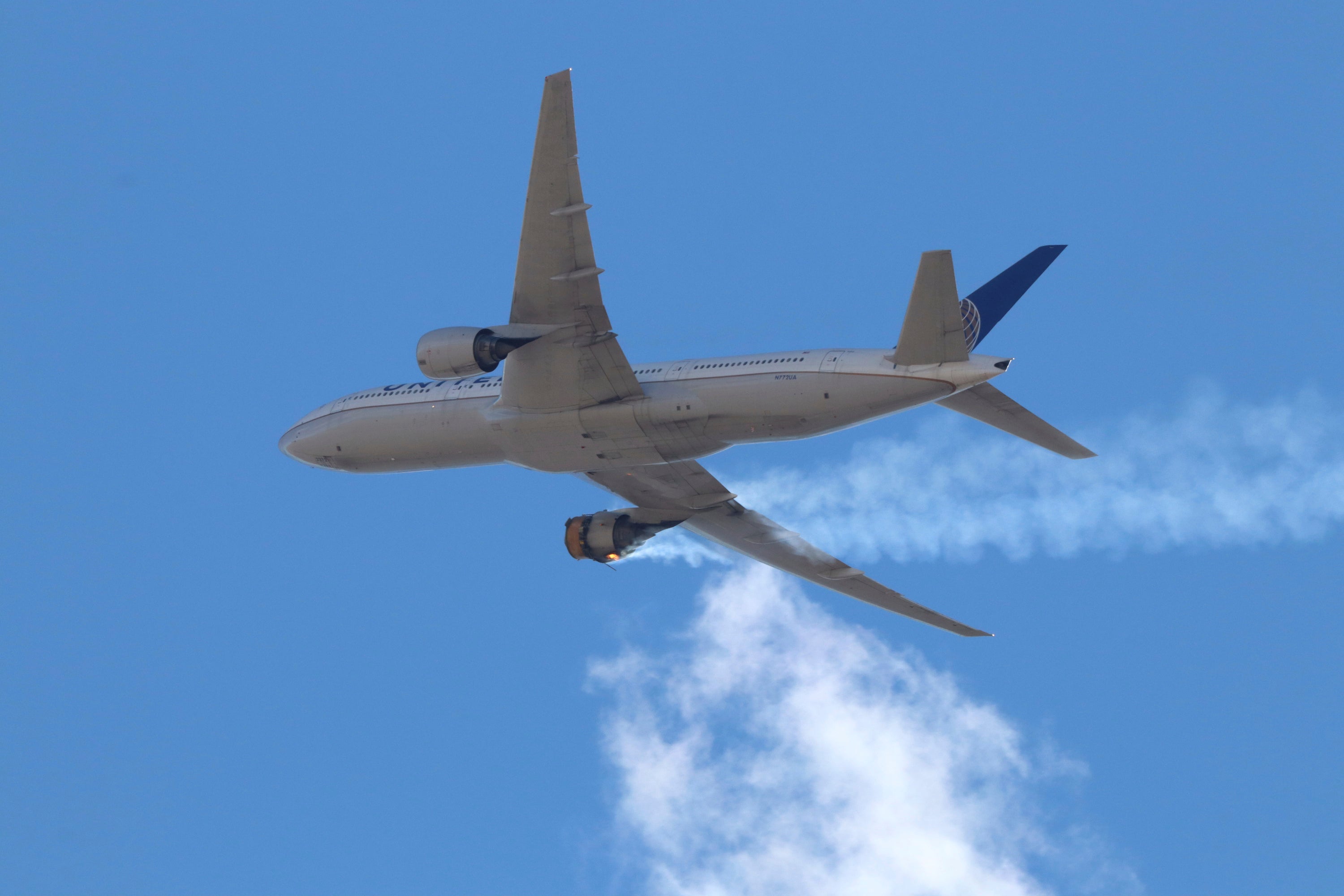 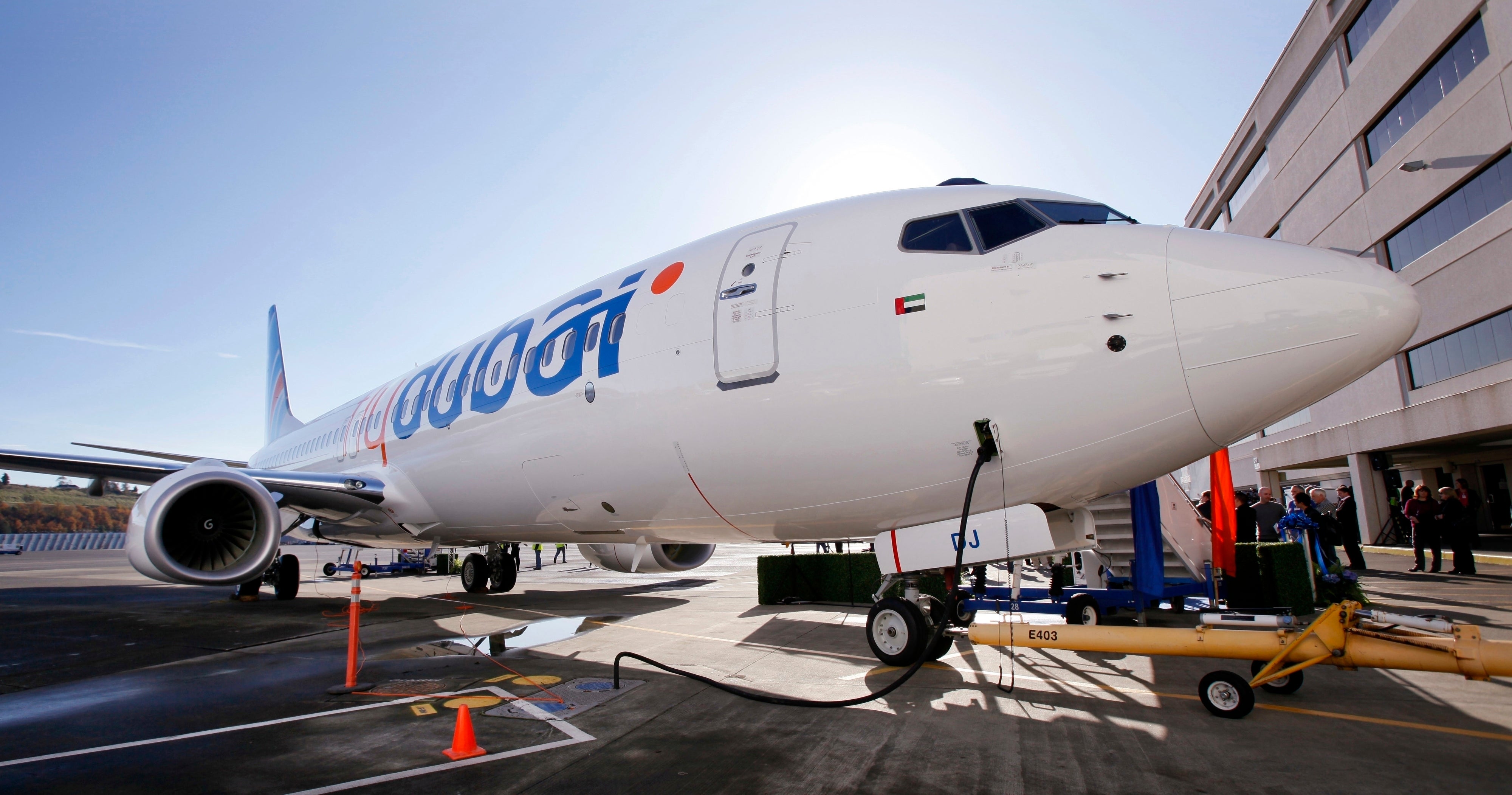 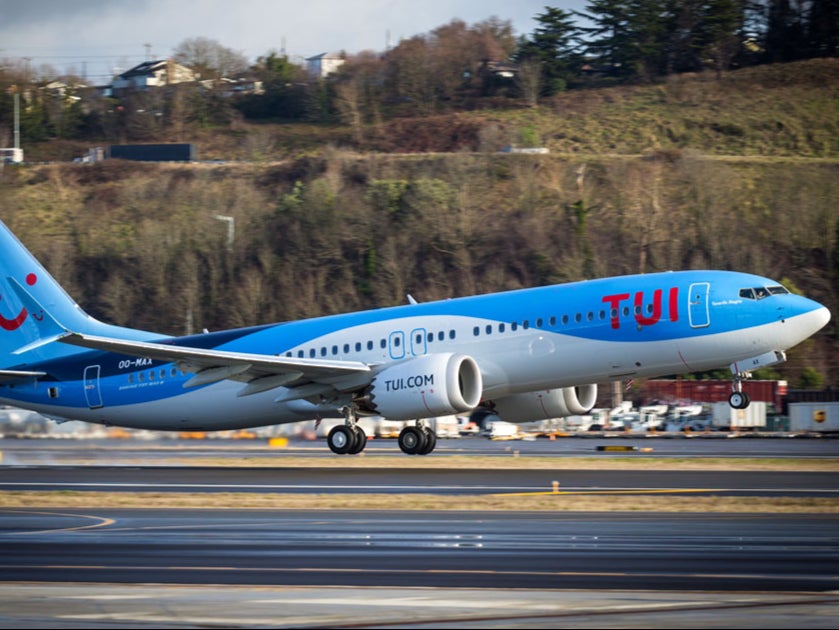 Passengers on Saturday’s flight described a large explosion shortly after take-off, and video from inside the plane showed the right engine engulfed in flames.

Later, police in Colorado released pictures that showed large pieces of plane debris on the ground outside a home and in a field, where witnesses said they were forced to run inside to take cover.

The National Transportation Safety Board (NTSB) has said that an initial examination of the plane suggests most of the damage was confined to the right engine.

But the Federal Aviation Administration said that after reviewing all available safety data, a probe should be opened into all similar aircraft. “The inspection interval should be stepped up for the hollow fan blades that are unique to this model of engine, used solely on Boeing 777 airplanes,” said the agency.

Boeing said 69 such planes were in service, and recommended airlines suspend their use until the FAA inspection is complete.

Earlier, a spokeswoman for South Korea’s transport ministry had said that they were monitoring the situation but no action had yet been taken.

In February 2018, a Honolulu-bound Boeing 777 which was being operated by United Airlines suffered an engine failure and a cowling fell off about 30 minutes before the plane landed safely.

The planes are of a generation that is being phased out by several airlines around the world, including Delta Airlines which said in May 2020 said that they were retiring 18 such planes from their fleet.

No, You’re Not Getting a Deal With United Basic Economy to Europe

The 18 Worst Air Travel Issues and How to Resolve Them