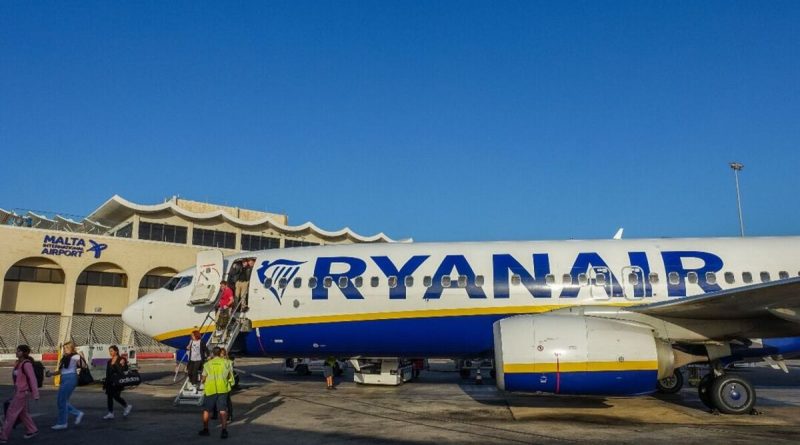 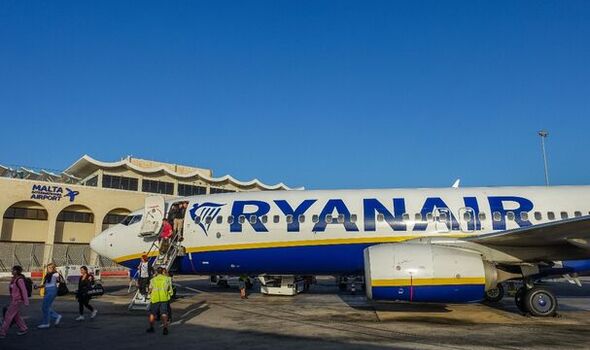 Mark Warne, 47, from Hampshire was ordered to pay £687 for his “appalling” behaviour on the Ryanair flight. The incident took place on the day of the Queen’s funeral on a flight from Barcelona to the UK.

According to court reports, Mark Warne got so drunk at the airport he was intoxicated when he boarded the flight.

This led the flight attendants to refuse to serve him any more alcohol once he was on the flight.

According to reports, Mark Warne then went on an abusive rant and swore at the flight attendants.

The British tourist even squared up to a cabin crew member and shouted in her face during the flight.

One flight attendant was left in tears due to Mr Warne’s behaviour on the flight.

The Ryanair pilot alerted air traffic control about his behaviour before the flight touched down in Bournemouth.

Police officers were waiting on the tarmac to meet the plane at Bournemouth Airport and escorted the passenger off in handcuffs.

Mr Warne’s defence lawyer told the court that he was extremely afraid of flying and had a few drinks at the airport to steady his nerves.

She said: “Putting this matter into context, he had been away with friends for the weekend and had taken alcohol at the airport.

“The reason for that was that one of his fears is flying. One of the ways he deals with that is drinking.

“This isn’t a man who usually behaves in this nature. It is simply out of character. He cannot understand how he got himself into that state.”

The judge told Mr Warne to find a better way of handling his phobia after he pleaded guilty to one count of behaving in a threatening, abusive, insulting or disorderly manner.

She said: “These people are looking after you on a plane and they have to deal with that.

“You have got to think about another way of dealing with your fear of flying. These people are going to work to do a good job and they should not be having to deal with that.”

If a passenger becomes abusive on a flight, the pilot will usually call air traffic control before it lands.

Depending on the situation, police may then meet the aircraft and escort the passenger from the tarmac.

In some cases, a plane may even have to land in another destination to offload a disruptive passenger.

Avoid ATM fees when you travel