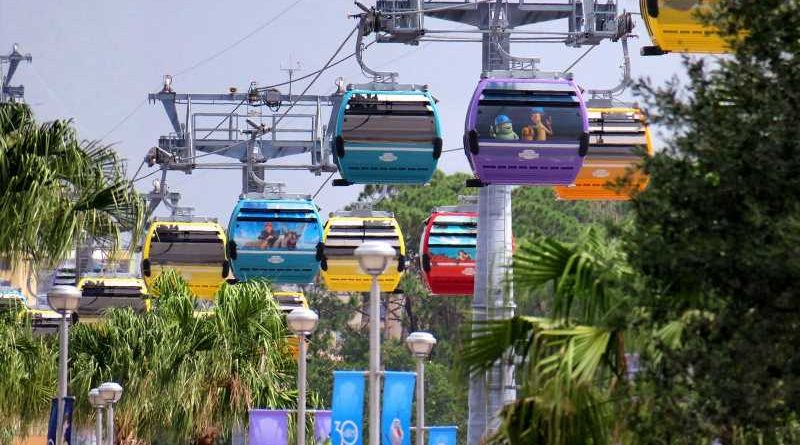 Gondolas featured on Disney World’s Skyliner transportation system have reportedly crashed for the third time since 2019.

A Disney fan who goes by @camerondudeck first shared photos of the incident via Twitter on Tuesday night around 7 p.m. The images showed yellow gondolas sitting against each other after crashing, and Disney employees surveying the scene. “Skyliner crashed again,” the Twitter user wrote alongside the photos.

It’s currently unclear if anyone was inside the vehicles at the time of the crash. Representatives for Disney World did not immediately respond to Insider’s request for comment.

WDW News Today later reported that the gondolas collided at the EPCOT Station, where parkgoers can board to travel to three Disney World resorts and the Hollywood Studios theme park.

Earlier this year in late April, two Skyliner gondolas crashed at Hollywood Studios, shattering glass in the process. Alyssa of the Disney-themed blog Next Stop Main Street was there for the crash and shared a video of the two vehicles sitting side-by-side.

In an email sent to Insider at the time, Alyssa said she took the video at 6:15 p.m., and that the Skyliner was already stopped when she got in line. She also noted that no one seemed to be injured.

“After a few minutes, it started moving, then stopped again,” she previously told Insider. “When it started going a second time, something got stuck and you can see that in the video. I think they were adding a car to the line – it was almost like two cars ran into each other.”

On October 5, 2019 – approximately one month after the Skyliner system opened to the public – gondolas crashed at the Riviera Resort Skyliner loading station after a power outage, as reported by Inside the Magic.

Parkgoers were reportedly stuck in the vehicles for over an hour, though there were no reported injuries.