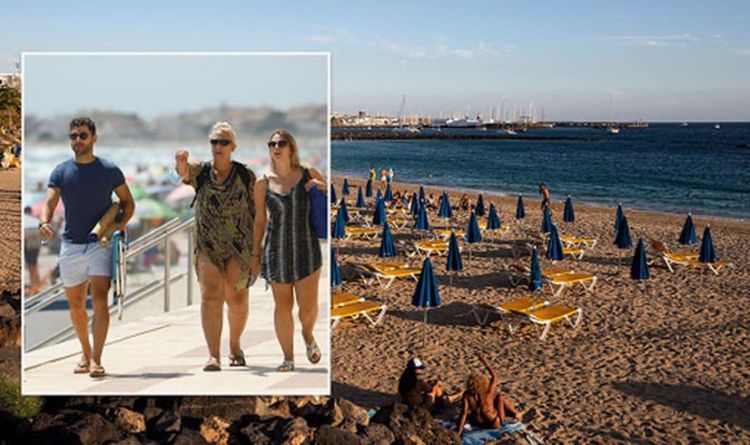 The announcement by the Federation of Entrepreneurs and Hoteliers of Las Palmas (FEHT) could mean the whole of Spain and other Mediterranean sunshine destinations would be opened up to fully-vaccinated Brits in mid-July and not August as initial reports appeared to suggest. Transport Secretary Grant Shapps confirmed on Thursday the government would allow those who are double-jabbed to holiday in amber list countries without having to self-isolate on their return when he made his latest green list announcement.

But he failed to give any dates, drawing criticism from some airlines.

In a tweet, Mr Shapps said: “Thanks to our successful vaccination programme, our intention is that later in the summer.

“UK residents who are fully vaccinated will not have to isolate when travelling from amber list countries.”

He added: “We’ll set out further details next month.” 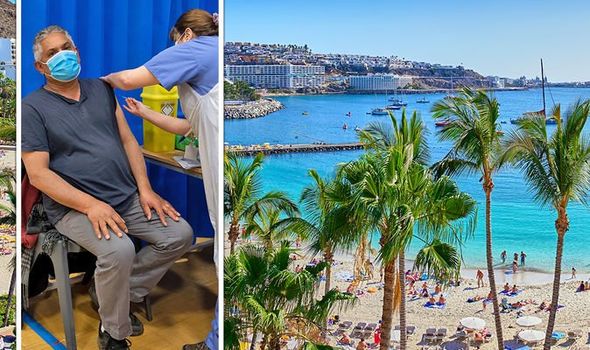 However, the Canary Islands chiefs say they have been given a date.

FEHT President Jose Maria Manaricua confirmed he had been given the July 15 date by “sources close to the British government” and was expecting an official announcement in the next few days.

Speaking by a hotel pool he said: “The good news for the tourism sector and for the Canary Islands is that from July 15 it appears the British government is not going to force people to quarantine when they come to a destination like the Canary Islands.

“It means we can look forward to receiving British tourists from July 15 who will not have to self-isolate when they return.

Currently, Britons must self-isolate for 10 days upon their return from the Canaries to the UK.

The Canary Islands and mainland Spain remain on the amber list.

However, the Foreign, Commonwealth and Development Office (FCDO) is no longer advising against travel to the Canary or Balearic Islands.

The Balearic Islands became the only Spanish sunshine destination to be put on the UK government’s green list in the new travel announcement on Thursday.

UK holidaymakers will be able to fly to islands like Majorca and Ibiza from 4am on Wednesday without having to quarantine on their return.

Regional politicians and tourism leaders have warned British sun seekers planning to jet to party resorts like Magaluf and San Antonio to behave responsibly so the islands don’t suffer the same fate as Portugal which was kicked off the green list earlier this month after just three weeks.

The regional tourism minister for the Canary Islands admitted the UK’s decision to keep it on amber was “an important stain on the islands’ good image.”

Yaiza Castilla said shortly after Thursday’s British government announcement: “It’s very frustrating that after all the effort by the tourism sector and tourism workers for more than a year, the behaviour of some means we can’t reactive the economy and we compromise the archipelago’s economic and social recovery.

“The decision represents an important stain on the good image of the islands and can extend to other markets if we don’t gain control of the pandemic.”

Calling for Canarians to obey Covid regulations “by the book”, she added: “It’s true we’ve been kept on the UK’s amber list but what we have achieved is that we’ve been separated from the mainland which is something that facilitates our access to the green list once we lower our Covid figures across the Canary Islands’ region.

“We have achieved it before and I sincerely believe we will be able to achieve it again.” 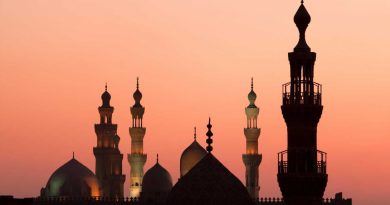 A Step-By-Step Guide to Planning a Memorable Ancestry Trip