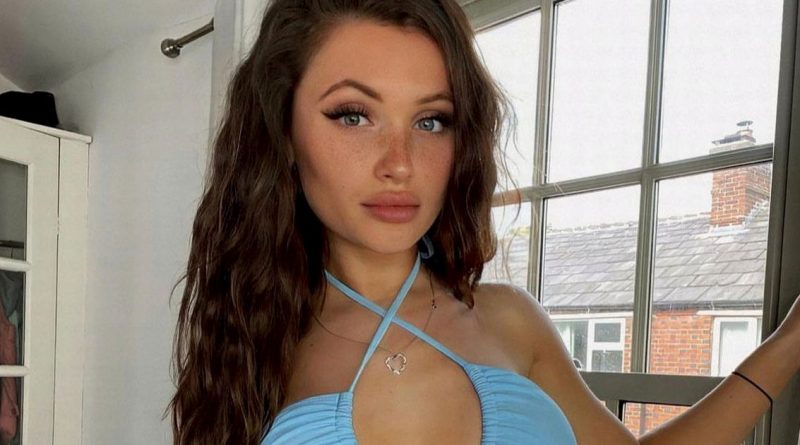 Many Brits grow up dreaming of travelling the world – and some do so by becoming flight attendants.

The idea of wearing a glamorous uniform and jetting off around the work each day is certainly appealing.

However, it seems the job wasn’t the final destination for a number of former air hostesses.

READ MORE: Model says she's so hot it's 'dangerous' as jealous trolls try to 'take her down'

The stunning ex-cabin crew members left life at 35,000ft behind and decided to become OnlyFans models instead.

Mia Ventura began her career in the Israeli air force – before becoming a flight attendant.

She explained that she met a handsome passenger when working as cabin crew that changed her life.

Mia said: “He was my passenger and I was his flight attendant, and the flight from TLV to LAX is 17 and a half hours.”

The pair chatted throughout the journey and then met up whenever she was in LA for sex.

Mia was a hit online and now has over 520,000 Instagram followers.

She’s not the only cabin crew member who used OnlyFans to make money when the pandemic hit and grounded planes.

Model Alexia Grace, from the East Midlands, worked as an air hostess and barista, taking home around £600 a week.

But, she ditched her Jet2 gig after claiming she made her entire yearly salary in just a month on OnlyFans.

Alexia takes home £25,000 a month while the average flight attendant is paid just £20,456 a year, according to pay scale.

The 24-year-old said: "I really, really enjoy it. The social media side of things is my favourite part of it – I love TikTok and Instagram and I can make that my job.

“I love the freedom too. I spent six months in Dubai last year and two months travelling across Mexico this year.” Discussing her former job on planes, Alexia said: “You don't get paid nearly as much as you should for the work you do. Customers could be extremely rude and the pay was only around £1,300 a month.

"Passengers would moan about food or drinks being out of stock – we're in the sky, we can't exactly pop to Tesco.”

Meanwhile Amanda Sommer used to work as cabin crew for Ryanair but left the role for OnlyFans.

The Hartlepool local spoke about why she loves her new career.

Amanda said: “I heard about OnlyFans and I liked the idea of it because you can work on there discreetly on your phone.”

Tips for surviving your all-inclusive vacation