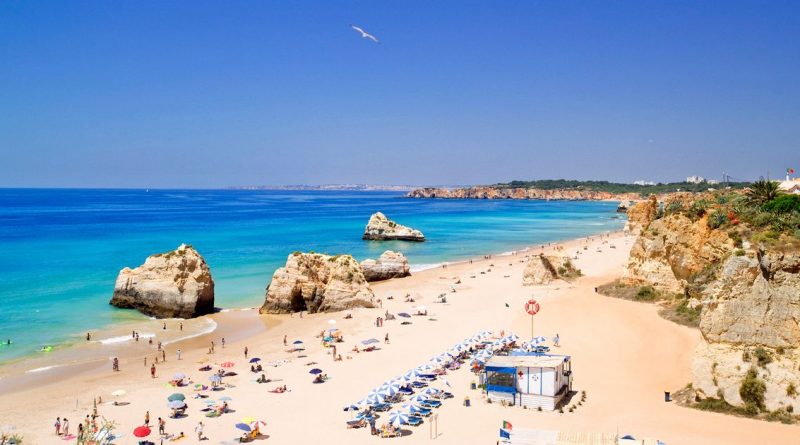 Brits are being wanted that holidays to sunny Portugal could be about to get more expensive.

A proposed rise in airport fees from the Portuguese airport authority, ANA Aeroportos de Portugal, means the cost of a trip to the country will cost more next year.

If the uptick in fees is agreed for 2023 then the increase could see carriers pay up to 15% more to use Portugal’s airports.

This will likely be passed onto customers with the price of a ticket going up – likely by a few pounds.

ANA said last week that they hoped to have the new fees in place by February 1 2023, with aims to use the money to pay air traffic controllers, ground crew and baggage workers.

While ANA claims the increase will have an effect on passengers it shouldn’t put up airfares too badly.

Reportedly, the rise will see each passenger pay up to £1.34 more per ticket.

Before the cost increase comes into pay it needs to be approved by the National Civil Aviation Authority.

However, some airlines are unhappy with the proposal.

A spokesperson for Ryanair noted: “The increase in fees will harm the recovery of tourism in Portugal.

"There is no justification for a 15 per cent increase in ANA’s already high airport fees, especially when Portuguese air and tourist traffic is still recovering after the pandemic and should be supported with lower airport fees."

Portugal isn’t the only country that could be affected by increasing holiday costs next year.

Brits looking to jet off on Spain holidays for a week of sun and sea will end up paying at least £505 more now than they would have this time last year, new research suggests.

They note significant annual increases across the board in mainland Spain, in large part due to the tumbling value of the pound this autumn.

And, the sum doesn’t even take into account flights which are reported to cost around 45% more now than they did last year.