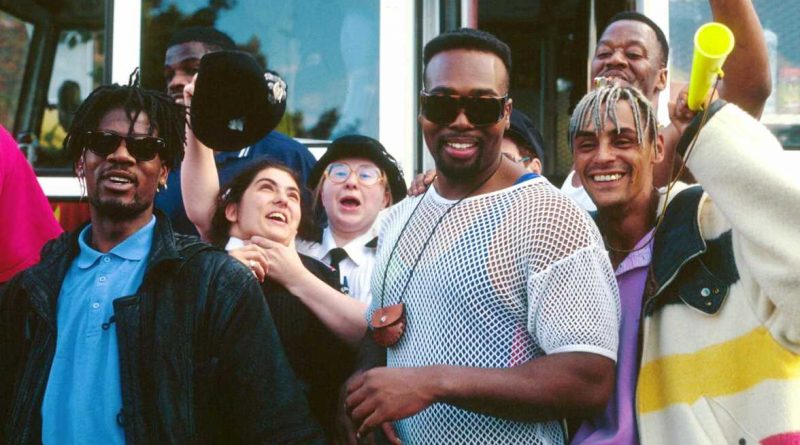 © Photo by Richard Gardner/Shutterstock
For One Traveler, London’s Carnival Becomes an Unexpected Home


Photo by Richard Gardner/Shutterstock Each August, the streets of London are filled with the sounds and sights of Notting Hill Carnival.
This story is part of Travel Tales, a series of life-changing adventures on afar.com. Read more stories of transformative trips on the Travel Tales home page—and be sure to subscribe to the podcast.

I’ve always envied people who are torn between two worlds. At least they can imagine an even split or dream of balance. Try being ravaged by three, especially when you’ve always been terrible at math, particularly fractions. I was born in Nigeria, raised in Jamaica, and lived most of my life in America. I like to say I’m half Nigerian, half Jamaican, and half African American. Bad math, but accurate.

This is a story about bad math. It’s about escaping those “homes” only to find myself, or at least a glimpse of such a thing, in a fourth place—London, whilst the city was in its annual paroxysm of cultural blending. The Notting Hill Festival.

It was a total accident. I’d left the United States for Nigeria in the wake of the 1992 L.A. riots. It was my first time returning since I was a kid. Most of my trips those days were to Jamaica—the tickets were cheaper, the journey easier. Because I could still conjure up the dialect, I could pass for native or tourist whenever convenient. I couldn’t pass for a tourist in Nigeria because the country didn’t really have a tourist trade. I couldn’t pretend to be a native either because I’d achieved American blackness. For most Africans that was about the same as whiteness.

I like to say I’m half Nigerian, half Jamaican, and half African American. Bad math, but accurate.

It was also more expensive to travel there. That cost included money and gifts expected from me as the “rich American” cousin/uncle/nephew. Folks came out of the woodwork. After I arrived, I was broke within two weeks. There is nothing more embarrassing than a broke “rich American.”

I was actually there to scout the place out. I wanted to see if I could return to Nigeria after so many years in America. It was supposed to be easy since blood here was thicker than skin.

Apparently, they were waiting for me to pay the fees.

“When you come back for good, you can be a bank manager or work for an oil company . . . ”

I didn’t mind the heat or the mosquitoes: It was the country initiating me. I didn’t mind the dysentery or vomiting: I was being purged of whiteness. The red dirt everywhere, the miles of incomplete buildings, thousands of motorcycles called okadas buzzing by like hornets. All that was thrilling, life being lived. But my family’s desire for me to be a bank manager or work for an oil company, that was too much. Not because it was impossible, but because it was likely. That was the most a writer could offer this country.

So, soon after I’d arrived, I was planning an escape from my escape. This rendered clear exactly what made me an American: the ability to escape the responsibilities of other people. And a globally recognizable passport.

London was my layover on the way back to L.A. The Black cab driver who drove me from the airport assumed I had come for carnival. It started in two days. I didn’t know what he meant because my head was still full of red dust, and I’d landed with a fever. He took me to some anonymous hotel near the airport where I survived on room service until the fever broke. I called up some Rastafarians who I’d met in L.A. This was my first time in London as an adult.

Actually, the city had an important place in my personal history. It was where two of my three halves met. My mother from Jamaica studying nursing and my father, from Nigeria studying warcraft at the prestigious Royal Military Academy Sandhurst.

Ras Shabaka assumed I was there for carnival too. So did Goree. Her dreads trailed her on the floor but were wrapped at the ends in fabric to keep them clean. They wanted to know everything about Africa. I dared not tell them I was escaping the motherland.

They were singing along with the carnival songs on pirate radio and laughing. That joy seemed shared on the streets as we entered some of the more ethnically diverse neighborhoods of London. There were colorful signs on walls and windows announcing carnival events and locations. Bass-heavy music poured thick from cars, stores, and flats. It was as if the streets were suddenly magnetized, slowly pulling people shamelessly from buildings.

Carnival for me had meant Trinidad, Brazil, or maybe the Labor Day Parade in Brooklyn. I hadn’t thought seriously about this one even though it appeared in many of the books I read by Caribbean writers going back to the 1950s. Turns out that my mother and father had been in London for the first “Caribbean Carnival” in 1959. It had been held partly in response to a wave of violent attacks against Black immigrants the previous year. From such humble beginnings that Caribbean event would become “official” in 1966. By this trip it was one of the largest festivals in the world. There would be millions dancing in the streets.

Though my hosts kept insisting on Carnival’s blackness, I couldn’t help noticing how many of the people in the streets were Indian or Pakistani, or white or beige or all kinds of mixtures. They were all familiar with Caribbean music, food, and dances. It didn’t take long to realize that it was precisely because of this mixing that Ras Shabaka and Goree insisted on carnival’s cultural origins. After being embattled for generations, carnival seemed now threatened by its success. It kept exploding annually in color and sound as a beacon for Black immigrant life in England. The fear was that it was British now.

It was as if the streets were suddenly magnetized, slowly pulling people shamelessly from buildings.

Or was Britain Caribbean now? I wasn’t so naïve to think that. But it was easy to imagine while listening to Irish kids setting up speaker boxes on the corner playing hard dancehall from Kingston, Jamaica, and speaking Jamaican creole far better than I ever could. As did the South Asian kids dancing to techno from the African American suburbs of Detroit, Michigan. In random back alleys, pale old veterans with pints of ale were listening to soca and calypso tunes from Trinidad, grinding their prewar hips against indifferent waitresses.

Again, this was just two days before the event. The streets already felt expectant, like a fire had been lit. God knows there was lots of smoke everywhere. Ras Shabaka and Goree delivered me to Ras Inry, an eminence grise of their community. He arrived from Trinidad in the early ’70s in time to be a part of the newer generation of migrants who were less conciliatory than their parents. Their parents had come over thinking they would be welcome and that they were citizens only to discover otherwise.

Ras Inry and his crew were influenced by ideologies drawn from my three halves—American Black power, Jamaican Rastafarianism, and anticolonial revolutionaries in Africa. They were of a blackness that could only come from this city. Carnival for them was a celebration of that blackness. At least before it became a symbol of diversity in a country that still had a rigid social and racial hierarchy.

It was with Ras Inry that I got close to the Caribbean side of carnival the day before things kicked off. I saw workshops where costumers layered bright feathers and plumages. They fitted large wooden frames to small bodies for elaborate masks and outfits. In school gymnasiums and church basements, steel drum routines were perfected. The only thing that defeated the smell of smoke was jerk chicken, curry chicken, and roti prepared in bulk.

The next day it was just me and the crowd. Ras Inry, laughing, said he was too old for carnival. Ras Shabaka said it was now too white. Goree touched my shoulder while I listened to reggae songs about how Africa was our home. She disappeared behind a wall of speakers next to a crew of rainbow-haired punk rockers wearing plaid. The singer Boy George leaned over from a balcony grinning widely. Before I could confirm it was him, I was pushed into another street where a Brazilian samba school controlled the vibrations. The old men sitting around a table on the sidewalk looked like they were playing cards. The crowd parted around them like a stream around a stone.

Somebody was talking about Nigerians. It was a dark sister talking to a white girl, holding hands. I could tell she was Nigerian.

“I just got back from Nigeria,” I announced, unasked. “It was rough.”

I think I expected her to talk African politics with me, but she said, “Yeah, that’s why I never go.”

I was impressed by her indifference, her lack of burden.

“I’m half Jamaican, though,” I said, again unasked.

And the white girl said, “Who isn’t?”

Then they were gone too.

I was disarmed by this, as well as by the random gifts of food and beer. But there is something about the mix of crowd and sound that depersonalizes you. You lose yourself, as the cliché goes. But in doing that the opposite can happen.

Exhausted and sticky with sweat, from the swirl of the crowd, the city looked different. Everything looked different. In a shopfront window I caught a glimpse of someone. It turned out to be me. For the first time ever, he looked just like everybody else.

It was a freedom I’ll never forget.

Louis Chude-Sokei is a professor of English at Boston University, as well as the George and Joyce Ween Chair and Director of African American Studies. He’s also the author of the memoir Floating in a Most Peculiar Way (February 2021, Houghton Mifflin).

>>Next: The Healing Power of Maine’s Forests 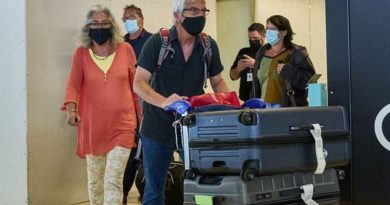 Do you have to wear a mask in Portugal?