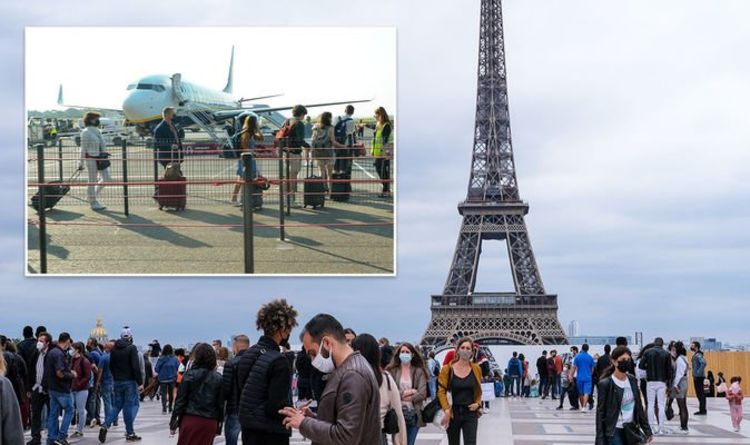 France is expected to be removed from the amber plus list and put back onto the amber list at the August traffic light review. Government sources have revealed that ministers and officials have realised the threat of the Beta variant may not be as prominent as initially thought.

France was initially placed onto the newly-developed amber plus list due to concerns the Beta variant, originally detected in South Africa, could impact the UK’s vaccine roll-out.

In particular, officials were concerned the AstraZeneca vaccine may not work as effectively against the variant.

However, it has been reported the Delta variant could most likely race through Europe in the coming weeks and become the most prevalent variant overall.

Environment Secretary George Eustice told LBC: “As those rates come down obviously the evidence will change and it can be reviewed and we will want to be putting countries like France back onto the amber list in the normal way.”

The Beta variant makes up an estimated 2.6 percent of French cases over the past four weeks.

Meanwhile, 14.5 percent of Spain’s cases are reportedly a result of the Beta variant.

Officials will now wait for the final data to be released before making a decision on the traffic light list which is expected to be on or around August 4.

An anonymous Government source told The Sun: “Like we’ve seen here, Delta is so transmissible we are pretty sure it will outcompete the Beta variant.

“There is still a couple of weeks to go though and that needs to be reflected in the data.”

Currently, nations on the amber plus list remain subject to self-isolation rules regardless of a traveller’s vaccination status.

Should France come off the amber plus list, it would mean double-jabbed Britons will be able to visit France without the need for quarantine upon their return home.

However, it is thought that Spain and Greece could soon be placed on the amber plus list amid a rise in case rates.

If Spain and Greece are added to the amber plus list, quarantine rules will come back into force for all travellers returning from both nations.

Pre-and post-departure testing requirements will also be ramped up.

Home Office minister Kit Malthouse refused to comment specifically on whether or not the speculation over the amber plus list changes are true.

Speaking over the weekend, he explained that departments are “constantly looking at the data coming in from across the world and liaising with other governments”.

He added: “There’s a huge global effort to understand the power of the virus across the country, across the world and notification of different variants and assessments of what’s going on — it’s a complex picture.”

France was put onto the amber plus list in a sudden shock move just days before the amber list travel restrictions were relaxed for fully vaccinated Britons.

The Mail on Sunday reports that health secretary Sajid Javid “frightened” the Prime Minister into making the decision.

The health secretary is said to have emphasised concerns over the Beta variant and AstraZeneca vaccine. 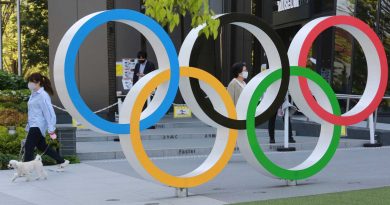 Japan declares a state of emergency for third time; what does that mean for the Olympics?

10 ways Iceland can kill you