Home » Travel » How Northumberland can give you a dream beach holiday 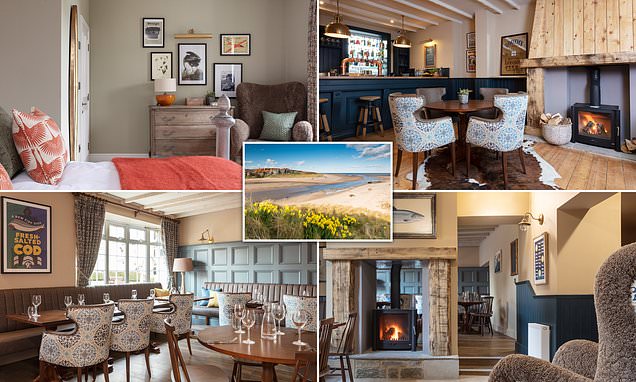 The dream golden-beach holiday you thought the pandemic had denied you is there for the taking if you visit this plush coastal hotel in England’s northernmost county (yes, really)

Think of the dream holiday the pandemic has denied you this summer. Think of that long golden beach and the bright twinkling surf, just a moment from your stylish hotel and its supremely classy restaurant.

Good news – you don’t have to dream it. It’s yours for the taking, if in a rather unexpected location. Northumberland.

Some readers will already know the charms of England’s northernmost county, which is too often overlooked. They may in fact cherish its secret, and scorn me sharing it here. Too many of us, however, have for too long not give it the attention it deserves. I grew up little more than an hour away in Carlisle but still only discovered its wonders, decades later, on a trip this June. 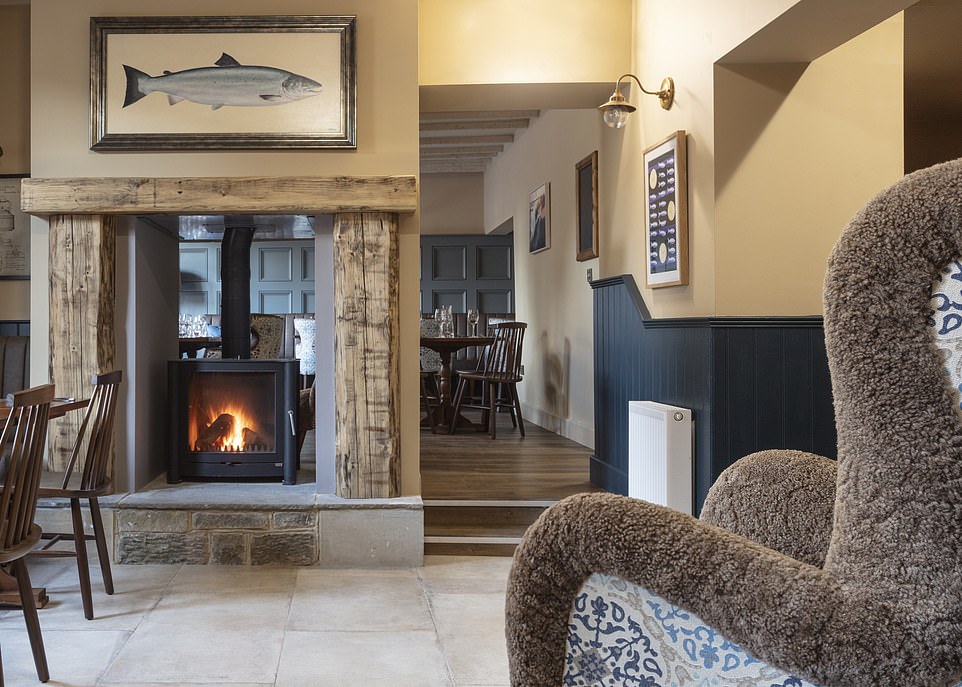 The Whittling House, in the village of Alnmouth, is a short scenic drive up the coast from Newcastle 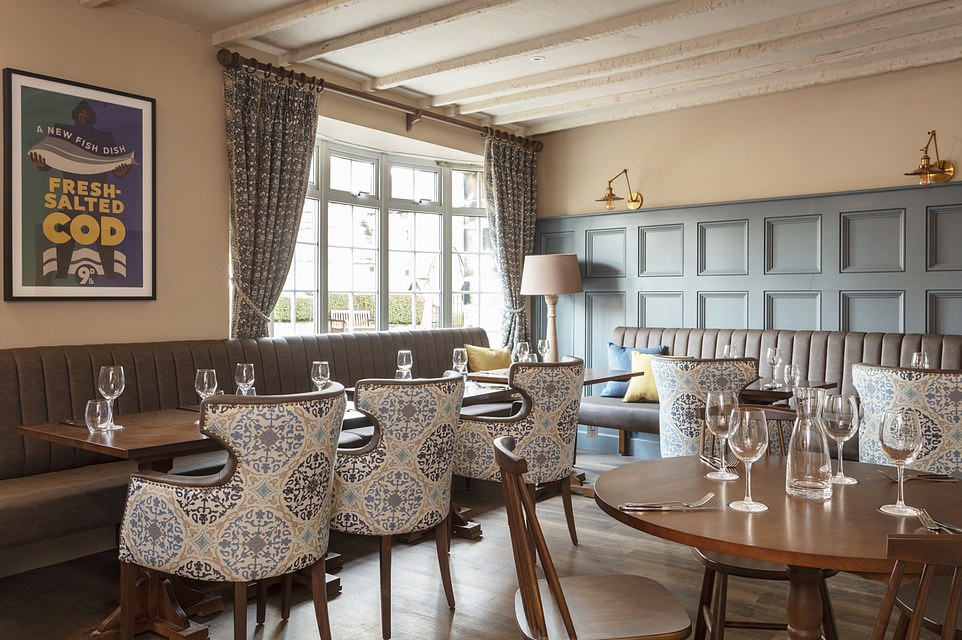 While most of the rest of England wallowed in an unseasonal and unrelenting monsoon, my few days in Northumberland were ravishingly sunny. In such conditions, it’s as fine a place as I’ve ever visited in our fair nation, and top of my list now for further adventures.

I made my base at a brand new boutique hotel, The Whittling House, in the village of Alnmouth, a short scenic drive up the coast from Newcastle. It first opened for a few brief days between lockdowns last Autumn, but is back now with arms open, doubly eager to welcome you. Boutique hotel may not be the best term: already this conjures to mind something airbrushed, airless and prim that The Whittling House coolly, confidently sidesteps.

It calls itself a restaurant with ten rooms, and though the rooms – which we’ll come to in a moment – are gorgeous, it’s right to put that principal focus on the food.

In lockdown, we’ve all longed for a first-class meal we’ve not had to make ourselves. Whittling House head chef Dan Duggan not only fulfils this prospect, he generously sprinkles cinder toffee on top for good measure. I could have scoffed every delectable prospect on his menu. In the end, I selected the twice-baked Northumbrian cheese soufflé, still sizzling in its skillet and zinging on the tongue with its dusting of sea salt and chives, then a plump chunk of halibut bathing with a score of mussels and soft unsalted capers in a lagoon of sumptuous beurre blanc.

You’ll be hard-pressed to find anything nationwide to liberate you so quickly from 18 months of familiar recipes and takeaways. This is not just destination dining: it’s food as therapy. 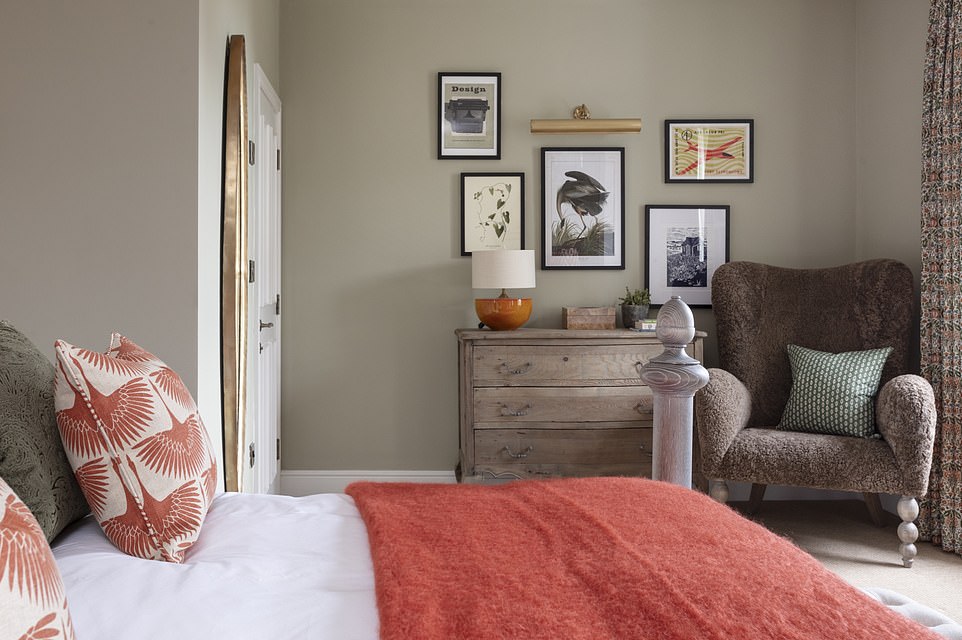 James says his rooms was ‘lovingly, luxuriously furnished’ with ‘an extravagant armchair that felt like it had been upholstered with the most cuddlesome poodle’ 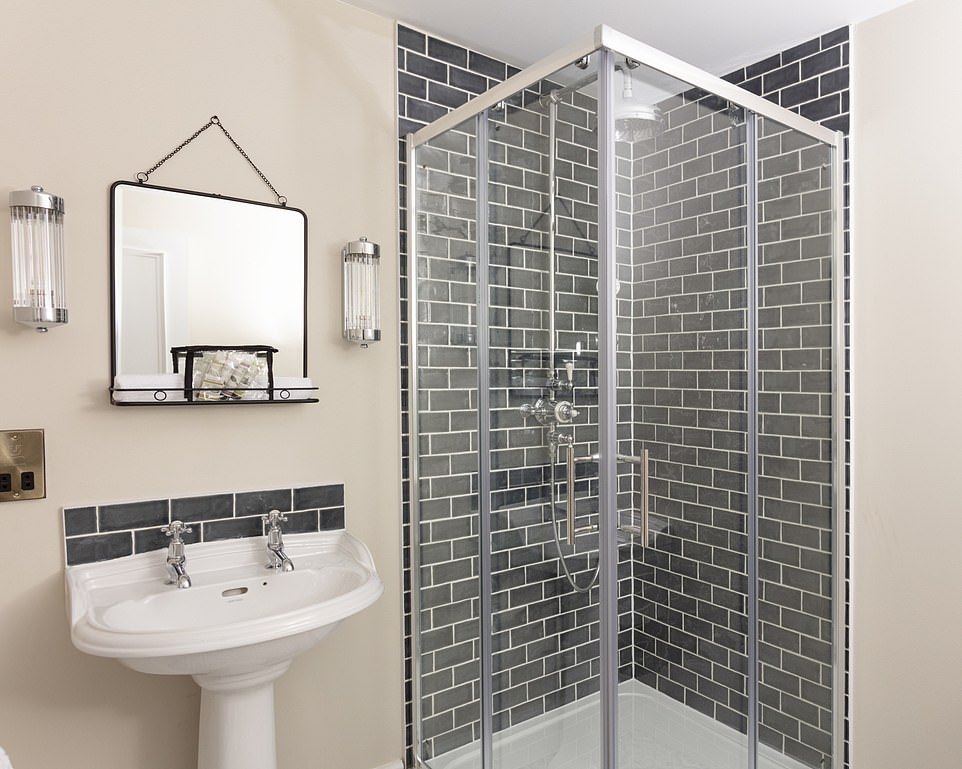 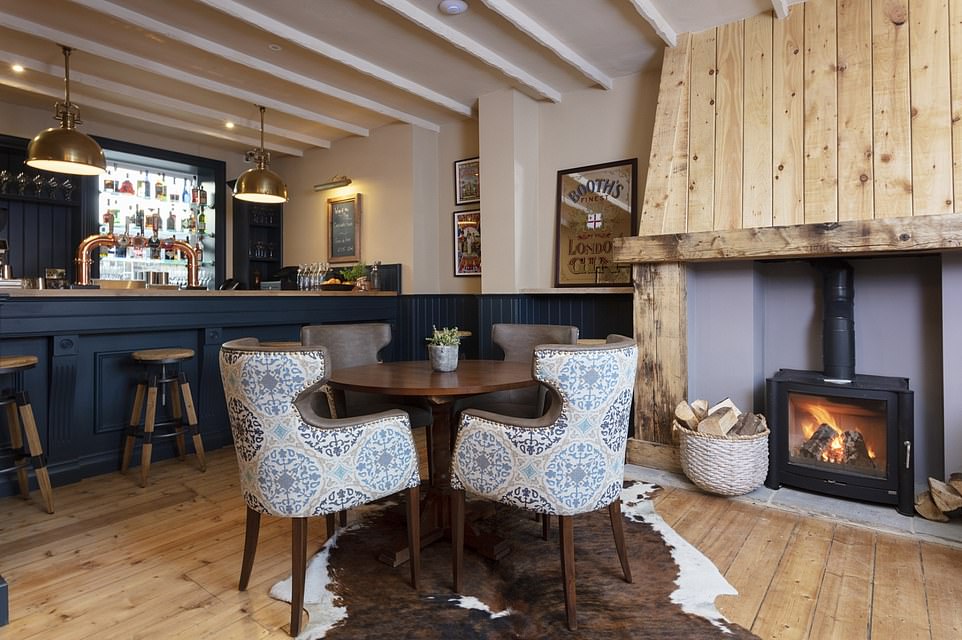 I wasn’t planning on dessert but I overheard the couple next to me, back for the second night in a row, ordering what they called ‘the best sticky toffee pudding ever tasted’. How could I resist such a proposition? And indeed they were right, principally due to the aforementioned cinder toffee, strewn across the dark treacly sponge. Any sticky toffee pudding that henceforth comes without it will seem stark naked.

Touches like that truly define The Whittling House, which seemed remarkably assured and snag-free for a new hotel. My plush bedroom was so lovingly, luxuriously furnished: the weighty, ornately-embroidered curtains; the range of designer lamps all of which I wanted to pinch; the extravagant armchair that felt like it had been upholstered with the most cuddlesome poodle (rest assured, it hadn’t); most strikingly of all, the array of eclectic, elegant prints brightening every wall, mostly sourced from the gorgeous Old School Gallery just up the road.

Indeed, local sourcing – from menu to furnishings – is a particular point of pride for manager Lottie Haylock and her team, themselves all part of The Whittling House’s charm. For indeed, that’s another plus of visiting Northumberland: the locals are so cheery and welcoming. They are so proud of their county and are so pleased to share its treasures with you. 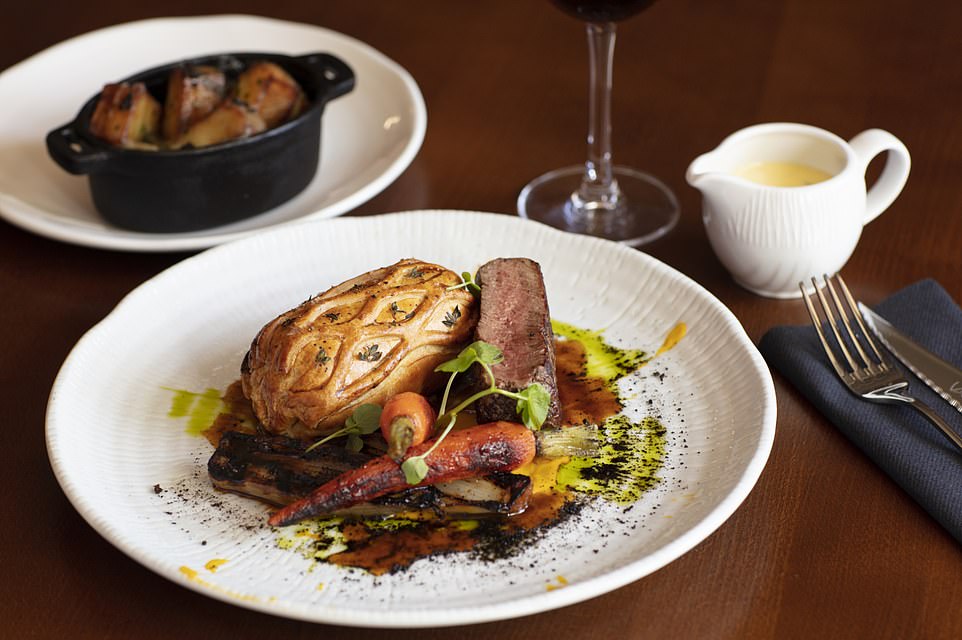 ‘I could have scoffed every delectable prospect on the menu,’ James says of his dining experience at The Whittling House 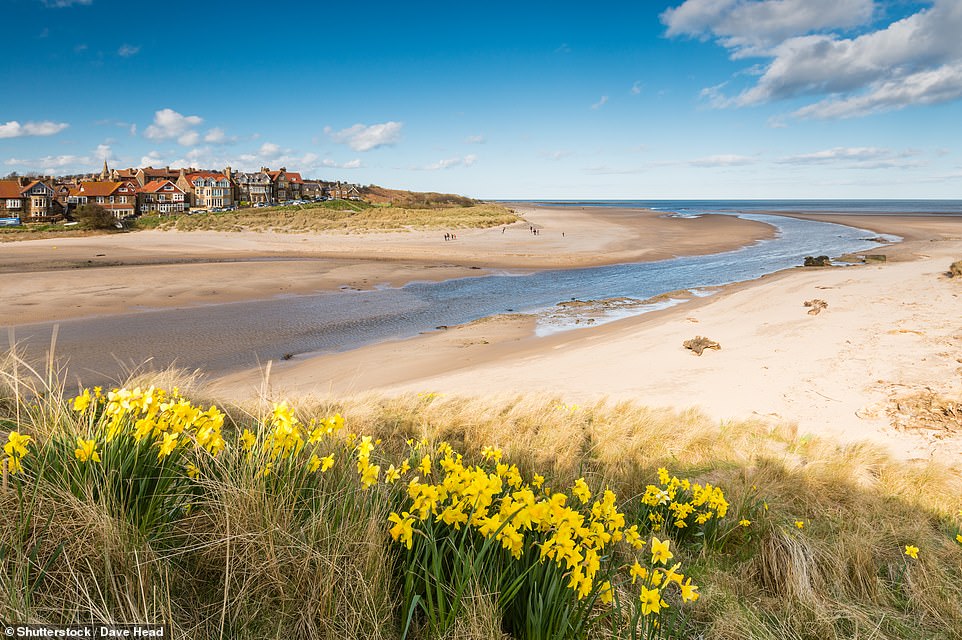 Alnmouth is a treasure in itself: an intimate haven, bordered on one side by the River Aln and the sea on the other. A short stroll down the high street of characterful little shops (including one of those gemful English post offices that sells everything in the world, not least fine local ales) and, within a minute, a pathway through grassy dunes invites you to the most gorgeous sandy beach. What’s more, a few smiling dogwalkers aside, I had it all to myself.

It turns out there are many more beaches of this kind stretching the thirty miles up to the Scottish border. I particularly recommend the deep, ample, uncrowded stretches at Craster, Budle Bay, and Longhoughton. The latter is quaintly found via a farm where they ask for a pound in their honesty box to traverse their land. Best pound I’ve spent all year.

One day I took a boat out to the Farne Islands to see the magnificent birdlife that gathers there: it’s rather like an avian Vegas with seemingly billions of guillemots and puffins ignoring all social-distancing etiquette and clearly having the time of their lives. I also visited several of the county’s signature coastal castles: Lindisfarne (the famous one), Bamburgh (the resplendent one) and Dunstanburgh (the ruined one): there are roughly 70 more to explore.

The pandemic may have drastically whittled down what we can do this year, but you’ll feel enlarged, enlivened and refreshed, as I was, with an escape to Northumberland and The Whittling House.

How We Took Two Family Vacations During the Pandemic 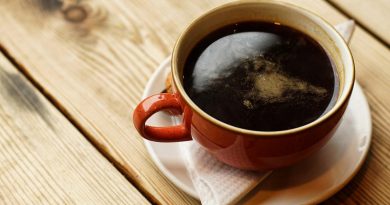 18 things I never knew about Australia