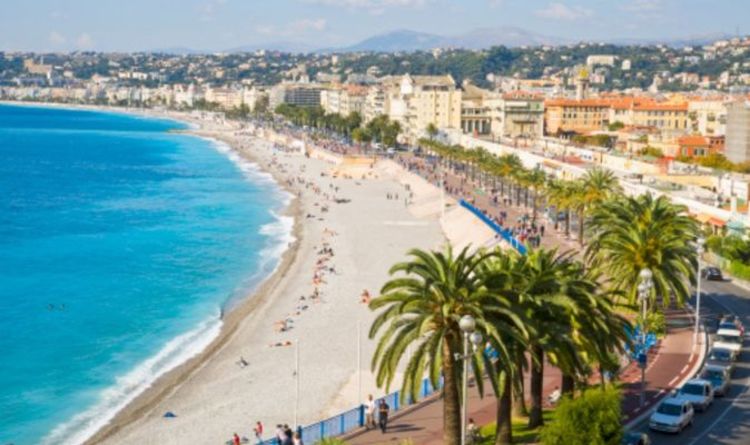 A leaked four-stage roadmap will only allow foreign tourists in to visit destinations like Nice and Paris with vaccination proof or a negative PCR test. It will see France fully reopen just nine days after the UK, despite its far higher infection, hospitalisation and death rates.

The nation still has some 6,000 Covid patients in intensive care and its jab rollout is far slower than in Britain.

But President Emmanuel Macron wants to see an end to a national travel ban on May 3.

His second phase will start on May 19, when the current 7pm curfew will become 9pm and restaurants, bars and cafe terraces reopen.

Museums, theatres, cinemas and non-essential shops can open doors on that date too, with a maximum of 800 indoors and 1,000 outdoors.

Cafes and restaurants will be allowed to serve indoors from June 9, with a 11pm curfew.

The June 9 “health pass” will be essential for arriving foreigners and also for those attending mass gatherings of up to 5,000 people, such as football matches or music festivals. 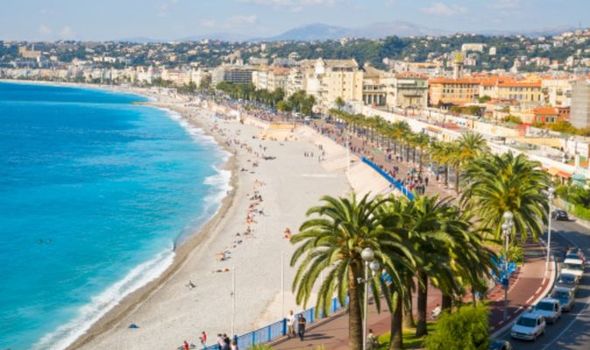 A government source said: “Foreign tourists will be allowed to return to French soil with the health pass.”

June 30 will mark the end of the curfew and a return to near-normality, Mr Macron told the same source.

The roadmap will be nationwide unless situation deteriorates in a particular region, in which case “emergency brakes” will be applied.

Roland Heguy, of hotel and restaurant union Umih, said: “At last we have dates, we have the keys to getting out of lockdown and can organise ourselves to work over the three phases.”

But epidemiologist Catherine Hill said: “Today, we have more people arriving in intensive care than in the peak in November, so the situation is really very bad and that is the moment the government chooses to take its foot off the brake. It’s absolutely not reasonable.”

Caravan & campsites: Grant Shapps reveals the only way to ‘making holidays a possibility’