Google Maps Street View was developed in 2007 as a way to help users get an on-the-ground look at destinations around the world. Using 3D cameras, often attached to Google’s specialist cars or held by pedestrians, the programme is able to photograph roads and streets around the world.

These are then stitched together in post-production to create a virtual world, which can be clicked around from the comfort of the user’s own home.

Though it is a great way of gaining an insight into foreign lands, the application also has some unexpected uses.

Users are increasingly noticing weird and wonderful moments taking place all across the globe.

One scene in Chile, however, has left users feeling particularly spooked. 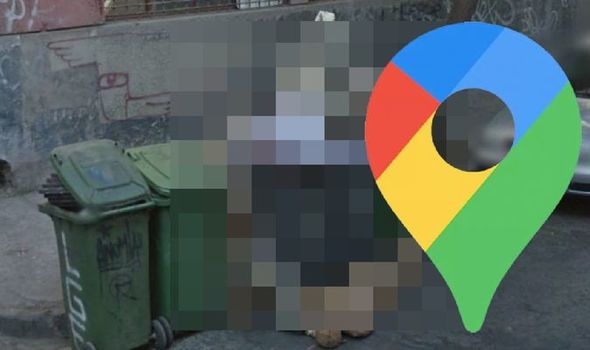 The moment seems to have occurred on bin collection day, with rubbish bins lining the pavements at the side of the road.

Among the bins, boxes and generic rubbish can be spotted, not uncommon on bin collection day.

However, there are some rather creepy additions to the pile of unwanted goods.

Stuffed into bins or scattered at the side of the road is a collection of what has been described as “dead bodies”.

Indeed, around six human-like figures can be seen among the typical rubbish.

One is face down in front of the bins, another stuffed upside down into a bin, its legs flailing in the air. 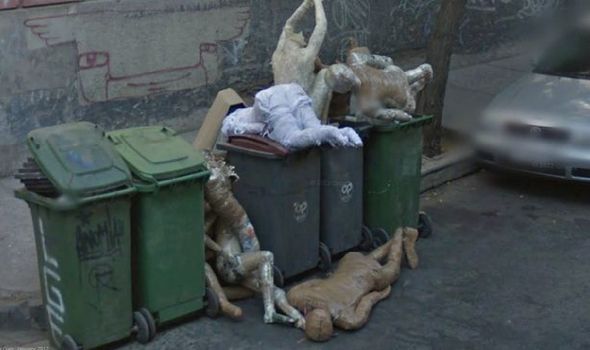 Slumped beside the third bin, one of the figures almost looks as though it is sat on the curb.

A third can be seen wedged into a bin so that just its head and arms pop out.

While the scene may have left users aghast at first, on closer inspection it seems these human forms might not be actual people.

The colour and fabric-like material they appear to be made from suggests they are actually mannequins.

Perhaps this scene has taken place outside of a fashion house or a retailer which no longer has a use for them.

The image was also shared by Mashable, which blames the material used for the mannequins for the eerie appearance.

“This image of a dumpster full of discarded mannequins was captured in Chile,” the image caption reads.

“We’re thinking they look an awful lot like mummified corpses.”

How to spend 48 hours in Dubrovnik, Croatia

Meghan Markle travel: Holiday like Duke and Duchess of Sussex in Nice, France