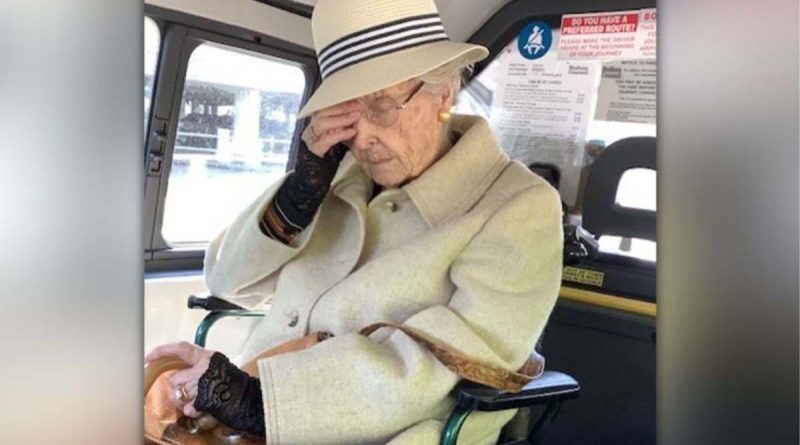 Joan Alderson, 95, visited Florence, Italy, with son Robert as it’s a destination she’d often frequent with her late husband. Robert, though, said troubles began before their outbound flight even left the runway at Manchester Airport.

According to Robert, the pair were stopped from boarding their initial KLM flight at Manchester on June 25 because it was “overbooked”, meaning they missed their first night of the trip. The pair were then forced to sit and wait at the gate for a taxi that eventually arrived two hours later to take them to a hotel in Altrincham overnight.

After a few short days away, they then missed their connecting flight home at Paris because airport staff did not have the facilities to help the pensioner off the plane in time.

In an ordeal that Robert described as “horrendous”, his mum’s personal wheelchair also became “lost in transit” on the way back and told of how the pensioner was forced to stand and remove her coat in Paris – despite never even leaving the airport to catch their connecting flight.

Joan, who is going blind, told the Manchester Evening News: “It was absolutely awful. I am still waking up in the middle of the night now thinking I am in Florence and having nightmares about it. I haven’t got over it.”

Son Robert added: “Ever since my dad passed away, I have taken my mother to Italy because it is a place we are very fond of. She is very elderly and frail and won’t go again – so it was almost like our swan song, and was really important for us to go. 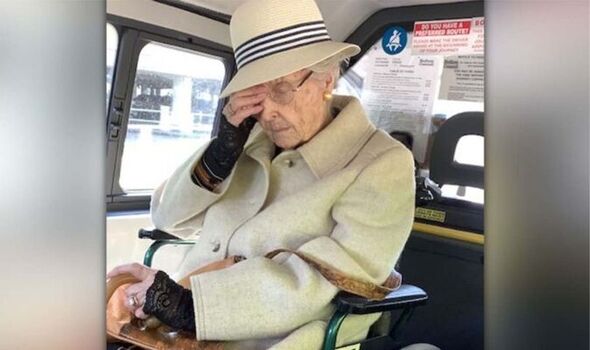 “We left the house and got to the airport in good time, but were told the flight was overbooked and that we were on standby. I couldn’t believe it as a stood next to my mother, who was becoming distressed and agitated, as people in the queue were being let on the plane.”

It was two hours later that a taxi arrived, booked by KLM airlines, to take the pair to the Cresta Court hotel in Altrincham for the night, before they were then put on a new flight the following morning, on June 26. They did not arrive in Florence until late that night meaning that Joan spent most of their first day in bed with ‘extreme fatigue’ and ‘back ache’.

“We were desperate to get out of the airport,” Robert continued. “I thought my mum was going to have a stroke at this point. It was horrendous. I couldn’t believe the attitude of the airline towards someone so elderly and disabled.”

After the trip, further disaster struck on the journey home.

The pair had initially booked tickets onto an Air France-KLM flight from Florence on June 30, with an hour long connection at an airport in Paris. However, Robert says it then took staff at Paris an hour to help him and wheelchair-bound Joan off the aircraft, which had already started to be cleaned by staff in time for the next flight. Despite the best efforts of a staff member who attempted to rush them to the following gate in time, they had missed the plane home back to Manchester. 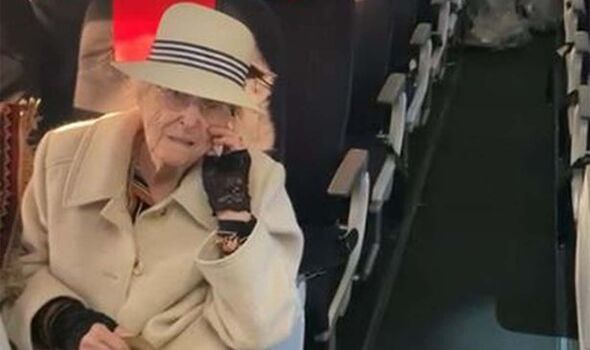 He says staff at the Air France desk then put the pair up in a nearby hotel overnight. However, when leaving the airport, he took a video of his mum being searched, where he claims she was asked to stand and had to remove her coat – despite having only travelled through the airport.

The Paris airport did not respond to request for comment over Robert’s claims about the delay in helping Joan off the aircraft or his mother having to remove her coat at security despite not leaving the airport.

Robert said: “When we got to the gate, it was deserted. There was nobody around. My mother, who may be very frail, still has the mind as alert as a 20-year-old. But during this, it was almost as though she had dementia. She was becoming confused and was so worn out, it was heartbreaking to watch.”

Joan added: “We had been to the gate and saw our plane taking off. So I was being wheeled around for hours from floor-to-floor and back to the check in desks. I am going blind, and by this point I had no idea where I was or what was happening. I got myself into a right state. I was exhausted, tired, weepy. It was absolutely dreadful. I have never known anything quite like it.” 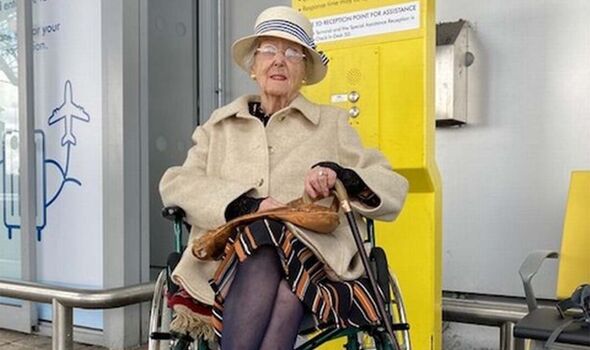 After a night at the Yotel hotel, the fed up pair caught a flight back home the following morning. Upon eventually landing in Manchester, Robert was informed that Joan’s personal wheelchair, which she uses to get around on a daily basis had become ‘lost in transit’. It safely arrived back in the country a few days later.

“The whole thing was horrendous. It was absolute hell,” he continued. “The holiday was completely ruined by this experience, made worse by the fact she spent our whole first day in bed because she was so tired and unwell.

“During this trip, which was meant to be so happy and my mother’s last farewell to Florence, it has been a total nightmare. The worst thing is that my mother who is frail, 92 per cent blind and has lots of health issues, was so excited about this trip, ended her day with excessive pain, worry and sadness.”

Reflecting back on the trip, Joan added: “It meant I didn’t enjoy the trip. I am 95, and I love Florence, it is my favourite city in the world. This was a surprise trip, in case I wasn’t able to go again. But all that week I was just in a daze and kept bursting into tears, it was horrific.

“It made my head in such a world I didn’t know whether I was coming or going. It ruined the holiday.” 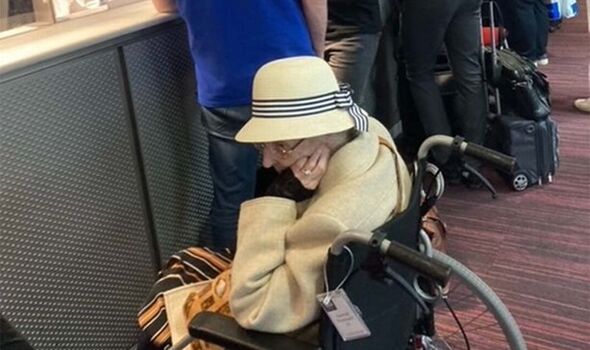 Following the trip, Robert says he has now been offered compensation for all flights, as well as a refund of Joan’s flight ticket. They have been offered a travel voucher of £470 and he has also been told the airline will ‘exceptionally consider’ the first night’s accommodation in Italy which they missed out on.

A spokesperson for KLM and Air France said: “On behalf of both airlines, I can confirm that the customer was contacted today and was offered a refund in addition to compensation for the issues that surrounded their trip. Mr Alderson now has an email confirmation of what was agreed. I hope that we can now consider this case resolved.

“The customer has been compensated in accordance to the EU regulations and an additional gesture of goodwill was given in view of the overall circumstances. All the amounts agreed for the compensation and refund was communicated to the customer directly.”

The 20 Best Beaches on the East Coast