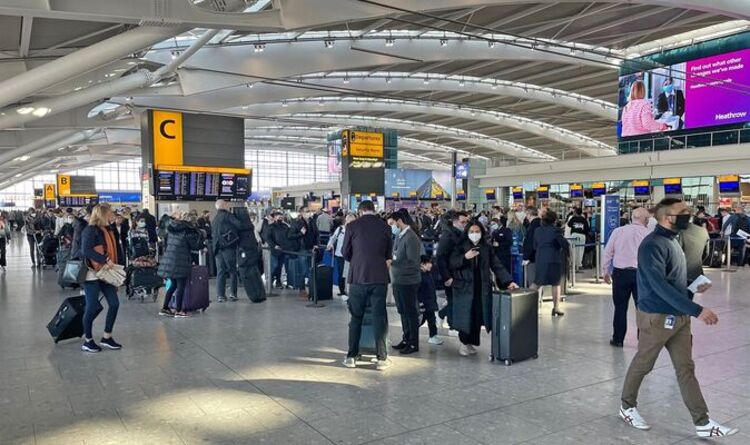 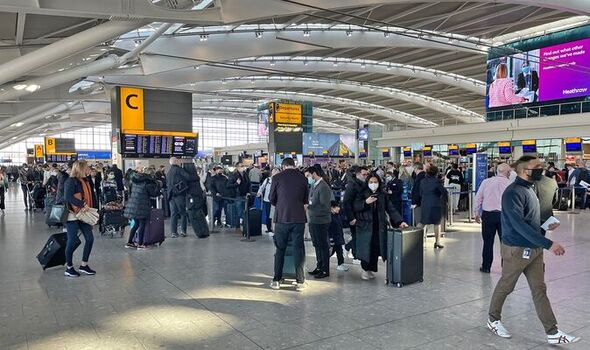 Huge queues of furious travellers snaked out of Terminal 5 yesterday, as the airline confirmed the ongoing disruption was not a cyber attack. The major outage – the second in 10 days – led to cancellations and delays, pile-ups of luggage and passengers stuck on planes after landing at the airport. Long-haul flights were still operating last night but the firm warned of knock-on disruption.

Travel journalist Simon Calder, who was due to fly back with BA from Qatar yesterday, said the airline “evidently has a pressing need to invest in IT”.

He added: “At a time when British Airways is still losing money at a prodigious rate, it can hardly afford to pay out tens of millions of pounds in recompense for its technical shortcomings. Longer term, the reputational damage is rising with every cancellation.”

Paolo Camara, 41, who was going through Heathrow in transit from Istanbul to his home in Jersey, described the situation as a “nightmare”.

“As soon as I arrived here, I got a message saying our next flight was cancelled,” he said. “We have tried ringing BA but nobody will answer. Next time I will use a different company.”

Susan Watson, who is in her mid-40s and works in London, was booked on the 12.15pm flight to Aberdeen.

She said: “I have got my godson’s 21st birthday party this evening so I was hoping to be there for that.”

The issues started with BA’s website and app going down for hours on Friday evening, preventing customers from checking in online or booking flights.

The airline advised customers to check the website for the latest flight information before coming to the airport yesterday morning.

BA said it was offering customers on cancelled services options including a full refund, while all passengers who were booked to travel on short-haul services from Heathrow yesterday can rebook to a later date for free. But, according to Which? consumer law expert Lisa Webb, it should have offered customers the option of another route, with another airline where necessary, if their flight has been cancelled.

She said: “Passengers can accept BA’s offer of a refund or insist on rerouting. BA must also give clear information to affected customers about their entitlement to compensation.”

“Many have saved up to get away at the first opportunity and some are now finding that computers, not Covid, are preventing their getaway.”

‘It’s cream on top of jam’: Fern Britton explores North Cornwall and what makes it special