Photo by Zhukova Valentyna / Shutterstock All those lights need a lot of power.

Las Vegas—arguably America’s capital of consumption—is gradually getting more sustainable. The latest milestone: A 100-megawatt solar array that can deliver up to 90 percent of daytime power to 13 Las Vegas resort properties, including Bellagio and Park MGM. The “Mega Solar Array” was unveiled earlier this month and is sending all its power to casino operator MGM Resorts, which has exclusive rights to its energy for the next 20 years.

It’s a really big deal, both literally and figuratively. As of this writing, it’s the largest solar array anywhere in the world.

This development comes on the heels of several other forays into energy conservation on the part of casino companies, the local convention and visitors’ authority, and local private industry (hello, Elon Musk). Of course, the new panel project also is grabbing headlines at a time when water levels in Lake Mead are lower than they’ve been since 1935—a reality that proves there’s no panacea for prioritizing sustainability.

“We’re in the middle of the desert out here, so capitalizing on the sunshine seems like a pretty great idea,” said Howard Stutz, a longtime gaming reporter who now covers gambling and other issues for the Nevada Independent. “This is by far the biggest project in town to date, but I don’t expect it to be the last.”

Panels in the desert

The new array, co-developed and co-owned by sustainable power solutions firms Invenergy and a subsidiary of American Electric Power, is the hospitality industry’s largest directly sourced renewable electricity project worldwide. MGM Resorts expects to leverage it to source 100 percent renewable electricity across its properties in the United States and 80 percent globally by 2030.

The array’s renewable electricity production will be equivalent to the amount of power used by approximately 27,000 average U.S. homes annually. In Vegas hotel terms, the array produces up to 90 percent of MGM Resorts’ Las Vegas daytime power needs, spanning 65 million square feet of buildings across 13 properties and more than 36,000 rooms on the Las Vegas Strip. In addition to the Bellagio and Park MGM, the group of hotels includes Aria, Mandalay Bay, MGM Grand, and the Mirage, among others.

“As we can layer in and communicate that you can have fun and be exuberant and do so in venues that also reduce the impact on the environment and are thinking about water and waste, we will,” he said. “We believe increasingly that sustainability matters, not necessarily as a selling point to attract but also as a retention driver for the group business.”

Siddiqui added that eventually there likely will be a snippet about the Mega Solar Array on the televisions in every MGM Resorts hotel room so regular guests can learn more about the program if they wish.

Other casinos and casino operators have touted sustainability for the better part of the past decade or so. Some even have put their money where their mouths are.

Take the Venetian and Palazzo complex, both owned by Sands Corp. These buildings are certified by Leadership in Energy and Environmental Design (LEED). In response to the COVID-19 pandemic, the Venetian expanded its recycling efforts as the first Las Vegas–based property to develop a program to recycle face coverings as part of the resort’s Venetian Clean initiatives. Since the program began, the resort has recycled more than 8,600 pounds of these masks, which are being converted into composite lumber.

Another example of a new project done sustainably: the expansion of the West Hall at the Convention Center. The new digs are connected to the old facility via subterranean tunnels, and guests are whisked from one facility to the other in autonomous Tesla vehicles, which run solely on electric power.

(The tunnels themselves were built by another Elon Musk venture, the Boring Co.; though no work has started yet, plans are underway to connect different attractions around town with another loop that also includes the airport. Las Vegas officials expect some of the new tunnels and Tesla stations could open as soon as 2023.)

Even MGM Resorts has dipped into the sustainability bucket previously. The company installed an 8.3-megawatt array atop Mandalay Bay in 2015, thus creating America’s largest contiguous rooftop installation on a convention center. What’s more, Aria and Vdara resorts have earned six LEED Gold certifications from the U.S. Green Building Council, making the City Center complex one of the greenest in the region.

According to Stutz, these moves together with the Mega Solar Array signal a new era in an industry where sustainability has been an afterthought. The same is true for Las Vegas as a whole.

“I think you’ll see [these issues] become even bigger around here in the years ahead,” he said.

Matt Villano is a freelance writer and editor in Northern California. Learn more about him at whalehead.com.

>> Next: How Travel Can Come Back in a More Sustainable Way 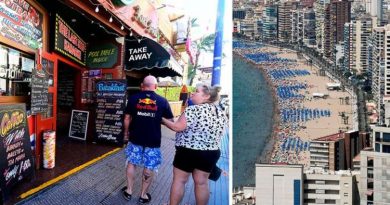 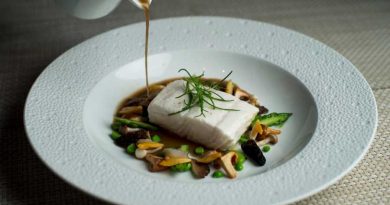 This Map Shows the Cheapest Michelin-starred Restaurants Around the World