A woman who quit her 9-5 job to work on yachts in exotic locations has explained how it’s different from Below Deck.

Anyone who’s watched the show, which is on Channel 4 and Netflix, has quickly become obsessed with the lives of the stewards and deckhands.

READ MORE: 'I quit my job to work on yachts – and now get paid to travel the world'

But, apparently, the yacht based show isn’t entirely accurate.

Yacht worker Liberty, @travelwithliberty, went viral on TikTok after sharing her thoughts on the show after watching an episode.

It gathered a whopping 19,600 views – and people in the comments loved the glimpse of yachtie life.

Speaking about the experiences that don’t match up with her life on-board, Liberty said: “Firstly, everyone on the show is super power hungry.

“That doesn’t happen. Everyone knows everyone’s job titles and respects them.

“Secondly, apparently the boat magically runs without any engineers – you never see them, you never hear about them but they’re very important.”

And, Liberty noted that the crew usually arrive the day before the charter and prep the boat within one day.

She said: “On charter boats you can have a really short turn around period, but it’s unheard of really that you have a crew that’s brand new getting the boat ready that quickly.

“All yachts need maintenance and that’s just not shown on the show.”

And, she claims that the length of the charters are unusual too.

Liberty explained: “Charter guests on the show stay for three or four days, I’m guessing because they get a discount, but most charter guests stay for minimum one, two weeks.”

The yacht worker also noted that the drama that makes the show so fascinating isn’t realistic.

She said: “The crew drama, we’re 15 people living and working on a yacht and it does rarely happen, but on the show it is overly dramatised and way too b***hy.”

In the comments plenty of people gave their views on the comparison.

One person wrote: “But where would the drama be if it wasn't like that.”

“Please don’t ruin it for us,” joked another.

A third said: “Most of the times engineers are introduced at the start, I imagine they just don’t want to be on the show.”

And, a fellow ship worker added: “Yes to all of these! Also they bunk men and women in the same cabin and that v rarely happens irl unless they're dating”

Another yachtie said: “I was a stew on small sailing yacht and we were a crew of six and there was a lot of drama!”

Daily Star journalist Sophie Foster stayed on a luxury yacht last year – she reviewed whether the uber-luxury lifestyle was worth it.

Have you ever worked on a yacht? Tell us your experiences by emailing us at [email protected]

Britons reveal the most exciting aspects of a holiday 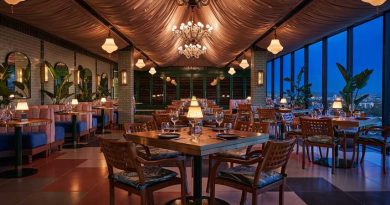