Home » Travel » Inside Phaselis Bay, a new all-inclusive hotel on the Turkish Riviera 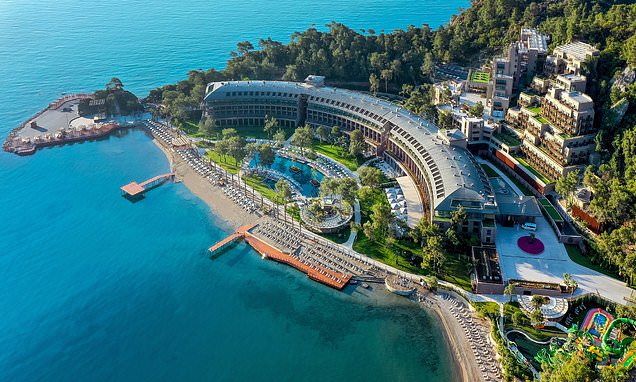 All-inclusive AND posh: Inside the hotel on the Turkish Riviera that zips with style – and won’t break the bank

There is a golden moment an hour or so after we’ve gorged ourselves silly on the world’s most extravagant breakfast buffet and before our grilled seafood lunch beckons — when it is hard to see how life could get any better.

The sun is shining, the loungers are welcoming, our two boys are splashing in one of the many pools and, when we press a little button attached to the stalk of our parasol, a handsome waiter in impossibly tight white shorts rollerblades over with two cocktails on a silver tray. Oh, perfect joy!

While I used to yearn for adrenaline-filled adventures or enriching tours that stretched my mind and broadened my horizons, sometimes all we need are, well, cocktails on a silver tray. 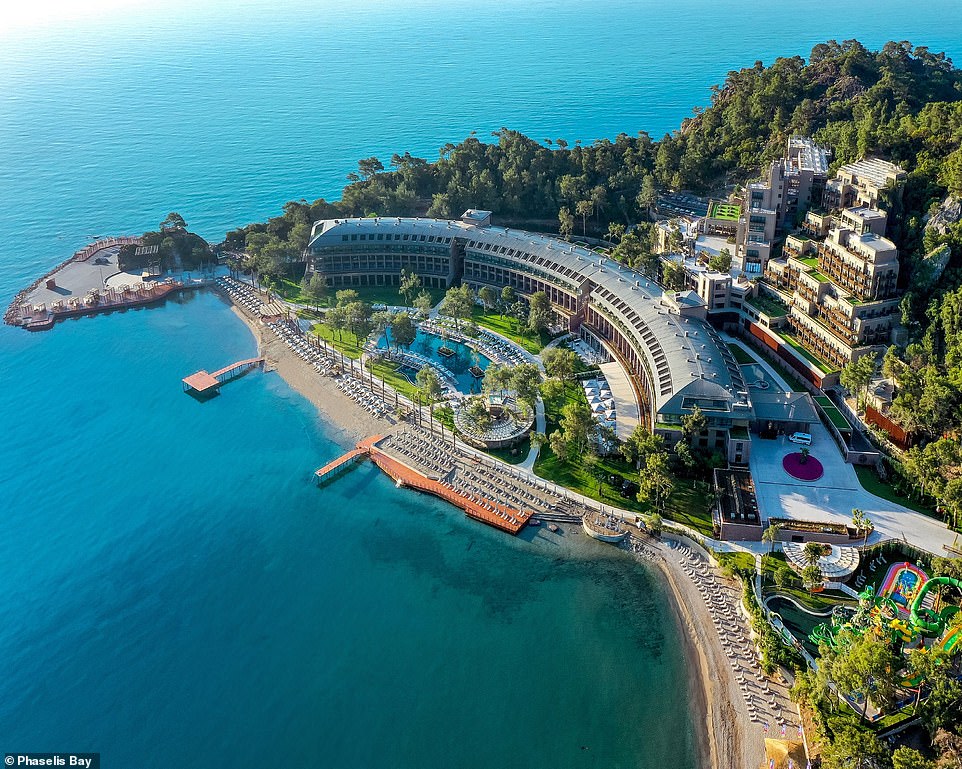 Family fun: Phaselis Bay (pictured) is a new hotel between Kemer and Antalya on the swanky Turkish Riviera

And Phaselis Bay is just the ticket — a new hotel between Kemer and Antalya on the swanky Turkish Riviera — where we snorkel in the balmy sea, flop about like sloths and generally over-indulge while the amazing staff take care of everything. Including the bills.

Because this new hotel is part of the new trend of luxury or ‘uber all-inclusive’ hotels — or, as one Wag put it ‘Butlins for Oligarchs’ — sweeping the continent.

Which means that the price includes as much as you can eat in most of the resort’s many restaurants (several have a slight surcharge), all snacks, ice creams, fitness classes, kids’ club, video gaming room, gym, access to the spa and all drinks. Which, as well as wine, spirits and beer, includes champagne with breakfast (if you’re going for it) and perfectly mixed negronis which my husband embraces with gusto every day from 6pm on the dot after a vigorous session in the water park. 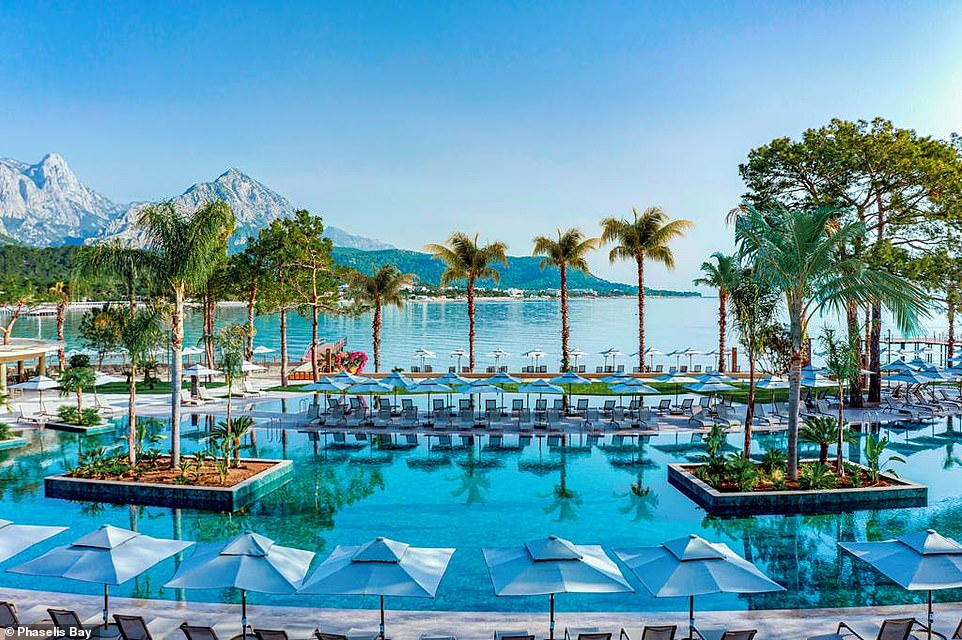 According to Jane, Phaselis Bay is part of the new trend of luxury or ‘uber all-inclusive’ hotels sweeping the continent 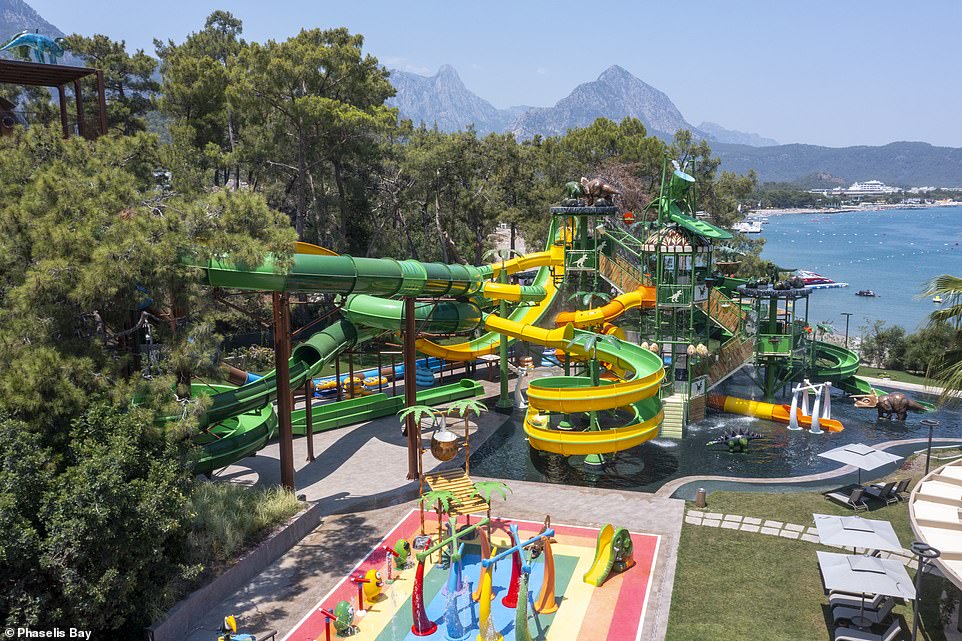 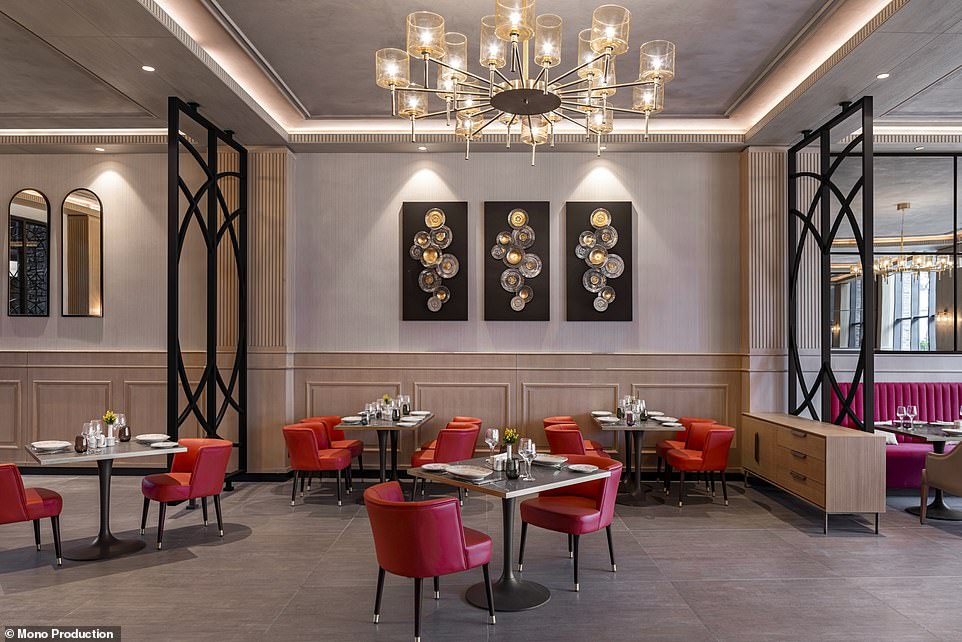 Inside the resort’s Phrigya Restaurant. The price of a stay at the hotel includes as much as you can eat in most of the resort’s many restaurants, though several have a slight surcharge 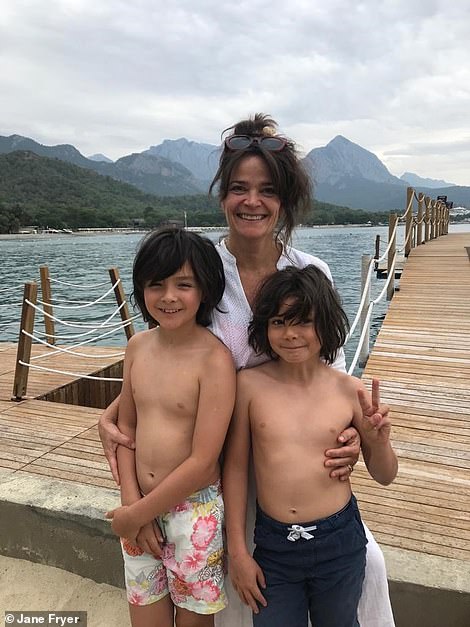 The hotel is massive. Not just the number of rooms — there are 480 — but just, well, everything. In fact, at first the scale is daunting.

The tropically themed lobby alone is the size of a provincial leisure centre. On our first day, we cover well over 10,000 steps — without venturing further than the three pools, beach, sunbathing jetty, restaurants, bars or our vast family suite.

While it’s all brand spanking new, there are no unfinished corners, no snagging issues to be resolved. Just endless gleaming spaces and gorgeous landscaping. Goodness only knows how much it all cost. Or, for that matter, how the developers snagged one of the most beautiful bays in south-west Turkey to build it on.

As it is just four hours’ flying time from the UK, less than an hour’s transfer from Antalya Airport and with temperatures in the 70s for most of the winter, and sky-high in the summer, it will doubtless be awash with Britons.

But for now, we admire the glamour, the brilliantly ridiculous Turkish ‘influencers’ strutting their stuff, the amazing designer bikinis — I am the only person hiding behind a one-piece — and the gravity-defying bodies. Which they do work hard at. 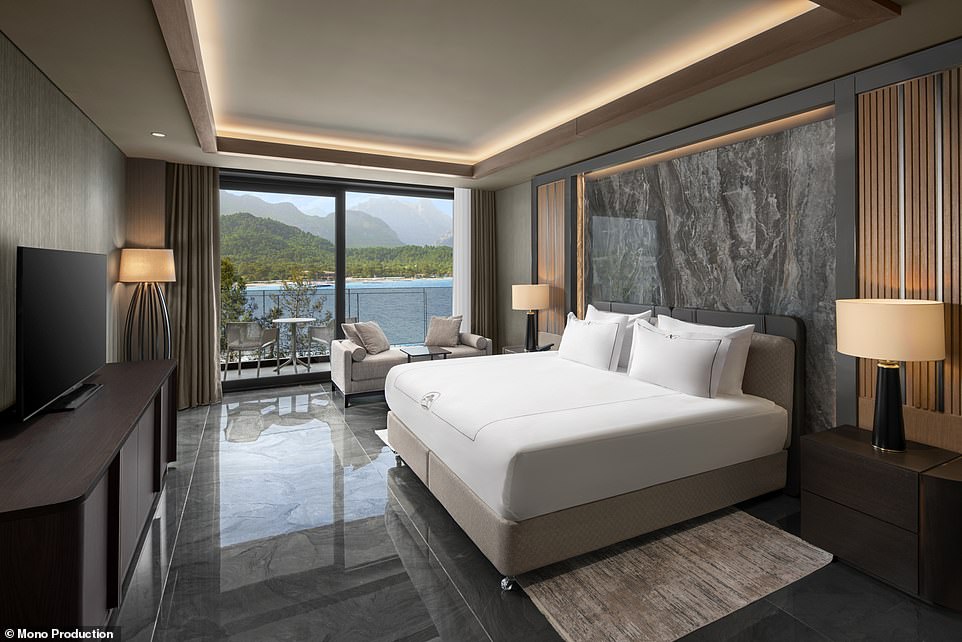 One of the suites at the ‘brand spanking new’ Turkish hotel, which has 480 rooms in total 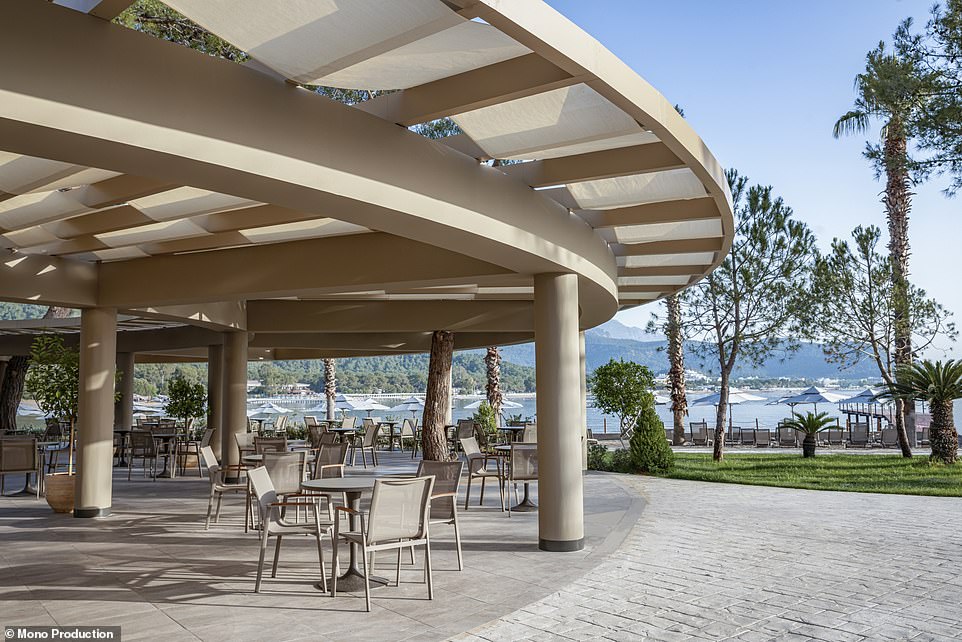 Jane says that Phaselis Bay is built in ‘one of the most beautiful bays in south-west Turkey’. Above is the resort’s outdoor Infinity Bar 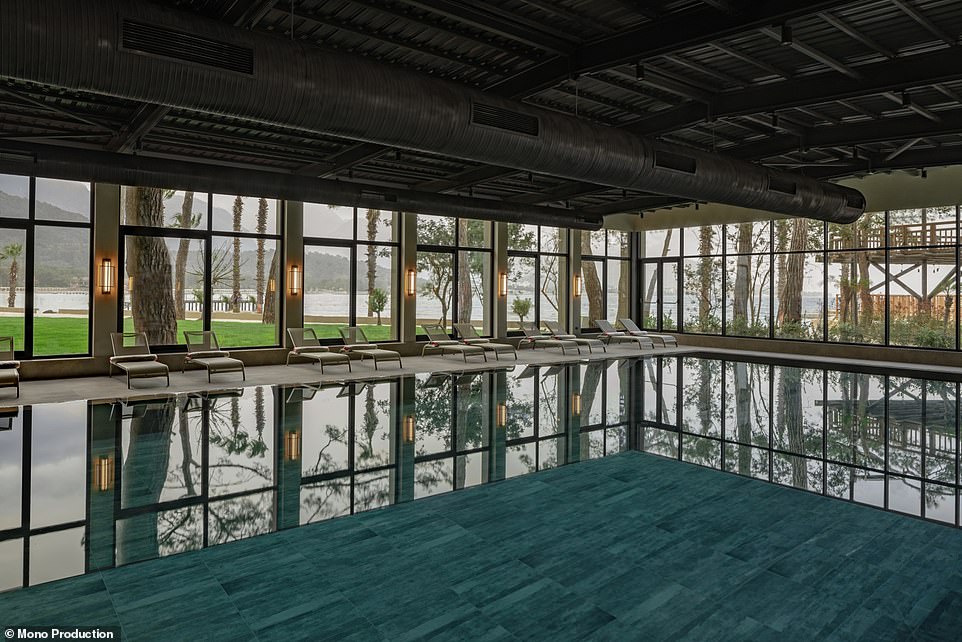 ‘The hotel is massive,’ says Jane, adding: ‘In fact, at first the scale is daunting.’ Above is the indoor pool in the spa area

Starting at the 9am outdoor stretching class — where they are ostentatiously lithe and bendy as my husband and I creak and groan. And then on through the day at cross training, HIIT and abs workouts. Until they pop back out in their finery for cocktail hour.

We also explore the seaside town of Kemer and buy too many bowls and fridge magnets, haggle for nougat and somehow end up with 2kg of the stuff, and sample the local restaurants. 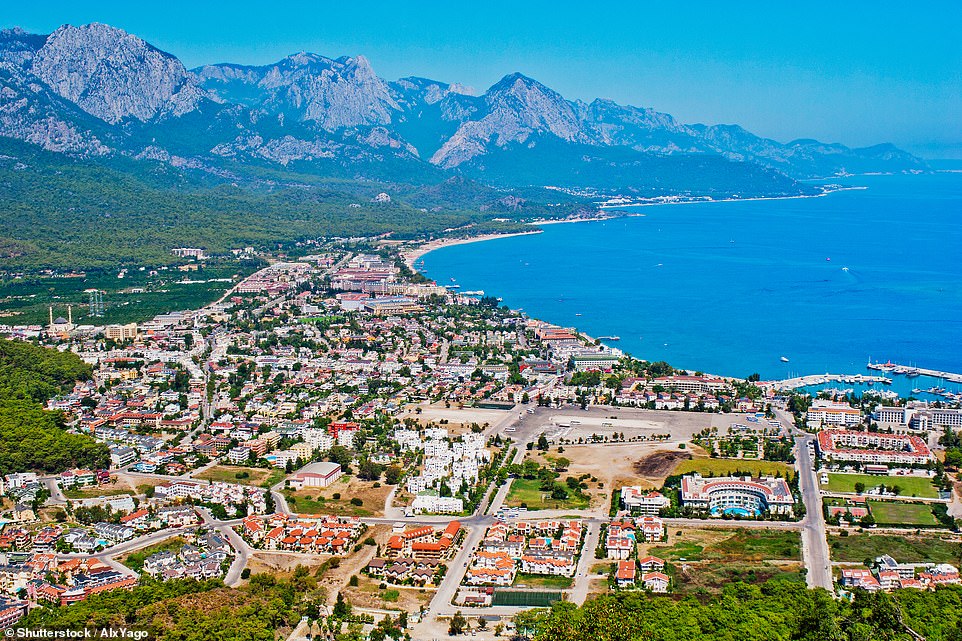 Jane leaves the hotel to explore the seaside town of Kemer (pictured), where she tests out the local restaurant scene

One, called Panorama, high in the hills above Kemer, could not be more of a contrast to Phaselis Bay. There are a couple of knackered old sofas, a rickety wooden treehouse structure with tables at different levels and the best barbecued fish and mezze ever, cooked by an old couple beaming with health.

But, of course, the best thing about excursions into the real world is the return to the fantasy. The dash for the pools, the sea, the ice cream vans and most of all, those all-important buttons on the parasols.

Because whatever time of day it is, at Phaselis Bay there will always be a rollerblading waiter on hand to deliver a reviving cocktail.

Seven nights all-inclusive at Phaselis Bay (ngphaselisbay.com) for a family of four from £4,121. Easyjet (easyjet.com) London to Antalya from £119 return. 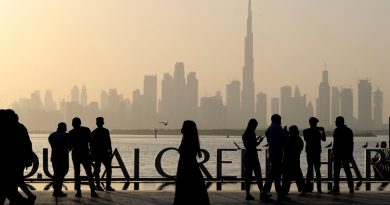 Meet the Britons stranded in Dubai as hotel quarantine begins