Speaking to Kay Burley on Sky News, the former CEO of British Airways said the new restrictions were a “big blow” to the travel industry. He said data on Covid did not support the new UK regulations.

Willie Walsh told Kay Burley: “This is a big blow. We were seeing good signs of recovery, it’s clear there’s a lot of demand for travel but this has certainly dented that recovery.

“My only hope is that we will review these measures quickly and remove the restrictions that have been put in place.

“Because quite honestly the data clearly shows that these restrictions have no positive impact and just impose significant hardship on people and damage the tourism and airline industry significantly.”

He added: “There’s lots of data to support my argument.

“Since the travel restrictions were introduced back on May 22 last year, 18 months ago, over 9.2 million PCR tests have been taken by people returning to England, not the UK, but England.

“And of those, the positive rate was 0.8 percent while at the very same time the positivity rate in the UK was over eight percent.

He said: “People forced into hotel quarantine at significant expense and hardship, less than two percent of those people actually tested positive.

“So we’re forcing people to incur significant expense, go through hardship and the benefit is really small and in fact if you look at what the WHO recommends, they’re all recommending you don’t impose these travel bans, because they don’t believe they’re effective.”

Walsh said the PCR test industry was a “disgrace” and the quality of service was “very poor”, telling Kay: “I think it’s a disgrace what was allowed to happen.

“People being forced to take expensive PCR tests, I don’t know how many you’ve done, I must have done 30 or 40 of them at this stage.

“This should have been regulated. If it’s for health reasons then the Government should not be charging VAT and I think it’s a disgrace what has happened.”

Kay then asked Walsh what he would say to the Prime Minister Boris Johnson who is known to watch Sky News.

Walsh blasted the Government’s rules saying: “Look at the data. Follow the science.

“They talk about following the science, I’m not sure what science they’re following.

“But the data does not support it. And the UK has plenty of data to analyse this situation and it clearly does not support this breach of measures because the benefit is small, it’s negligible, in fact in some cases I don’t believe there’s any benefit at all.”

Under the new rules British tourists have to take a PCR test on or before day two after arrival in the UK. They must self-isolate until they have a negative result.

British travellers are not allowed to use NHS tests for travel and must pay for tests which can be very expensive. 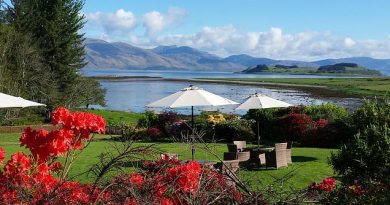